The Humphrey Center, originally called Old Main, is the original building on Grand View University's campus. Designed by Marinus Jensen and Frank James, it was built in 1896 in the Flemish Renaissance revival style and includes other Danish elements as well. It was listed on the National Register of Historic Places in 1978. Today, it contains the undergraduate and graduate offices as well as the evening classes offices. 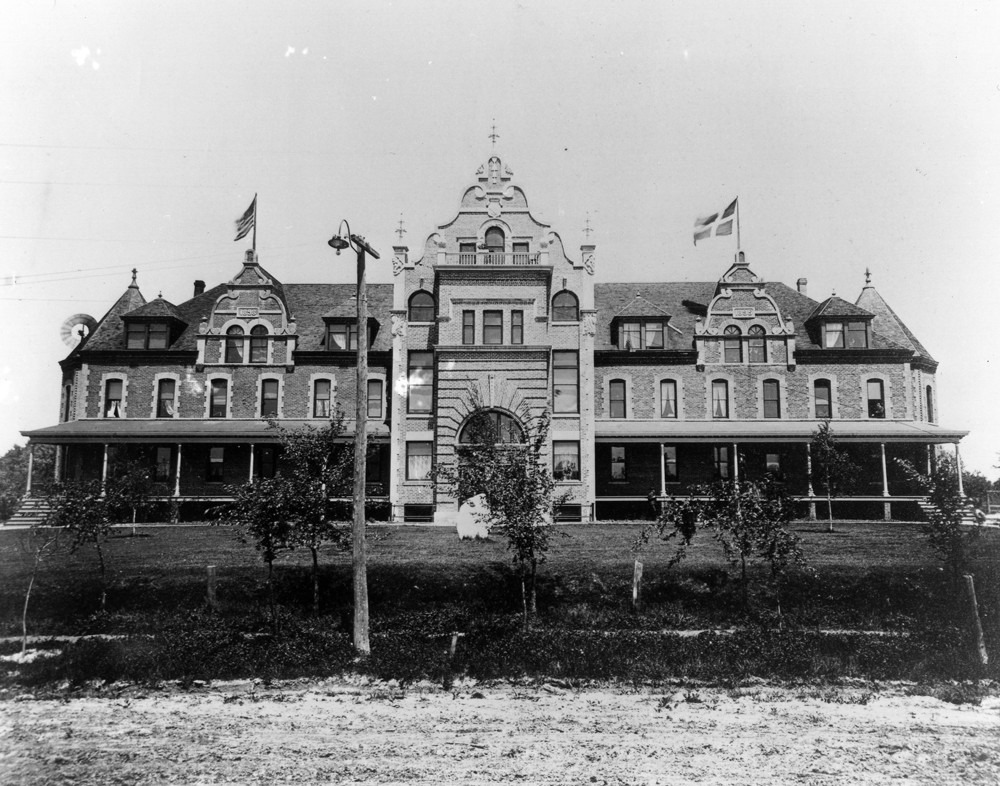 Construction began in 1893 and lasted for three years. The school was run by the Danish Evangelical Church and originally intended to be a seminary. However, the Church was quite concerned with the Americanization of the Danish youth and they believed that a liberal arts education would the Church's goal to teach and preserve Danish culture. As such, the Church decided in favor of establishing a liberal arts college. Over time, the Danish emphasis fell out of favor and the school became a two-year junior college. It underwent renovations in 1929 and 1997. It is now a university.

Contains the undergraduate and graduate offices