Dr. Martin Luther King, Jr. visited Charleston, WV in 1960 to speak at the First Baptist Church. It was the only time that he visited the state. He spoke on multiple topics but specifically desegregation.

A photo of a church service at the First Baptist Church in Charleston. A good depiction of what Rev. Martin Luther King, Jr. was looking at when he gave his speech. 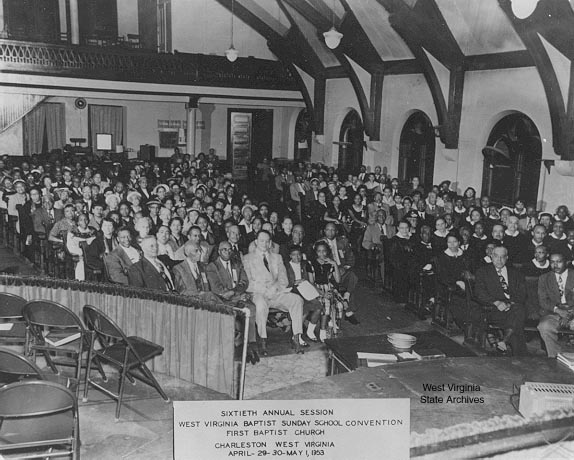 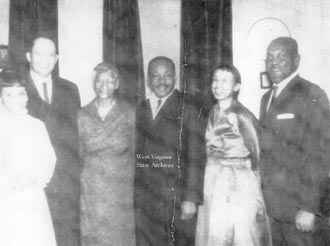 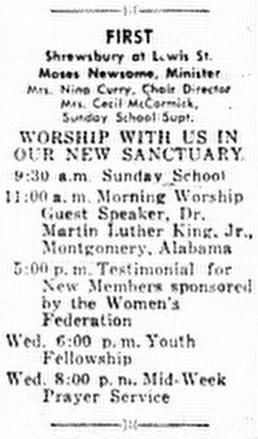 Martin Luther King, Jr. was an American Baptist minister, activist, humanitarian, and leader in the African-American Civil Rights Movement. He is best known for his role in the advancement of civil rights using nonviolent civil disobedience based on his Christian beliefs.

King became a civil rights activist early in his career. He led the 1955 Montgomery Bus Boycott and helped found the Southern Christian Leadership Conference (SCLC) in 1957, serving as its first president. With the SCLC, King led an unsuccessful 1962 struggle against segregation in Albany, Georgia  and helped organize the 1963 nonviolent protests in Birmingham, Alabama, that attracted national attention following television news coverage of the brutal police response. King also helped to organize the 1963 March on Washington, where he delivered his famous "I Have A Dream" speech. There, he established his reputation as one of the greatest orators in American history.

Dr. Martin Luther King, Jr. visited West Virginia to speak about desegregation. It was a crossroads that intertwined the North and South. West Virginia was a northern state with a predominantly southern mindset. He visited at a time when the civil rights movement was in full swing and the discussion of desegregation and specifically the desegregation of schools was a hot topic in the United States. It can be viewed as the mid point of the African-American Civil Rights Movement led by King, which began in the mid-1950s until his death in 1968 in Memphis, Tennessee.