Opened in 1998, this monument is dedicated to those killed in service to the United States during World War II, the Korean War and the Vietnam War. The four bronze heads represent each of the military branches. It was designed to complement The Spirit of the American Doughboy which honors those of earlier conflicts.

WWII, Korean War and Vietnam War Memorial after installation in 1998. 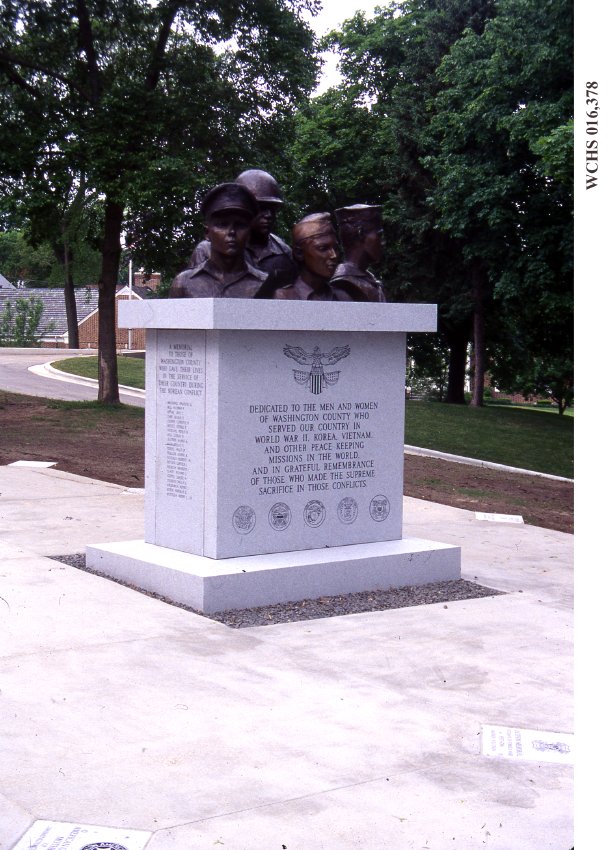 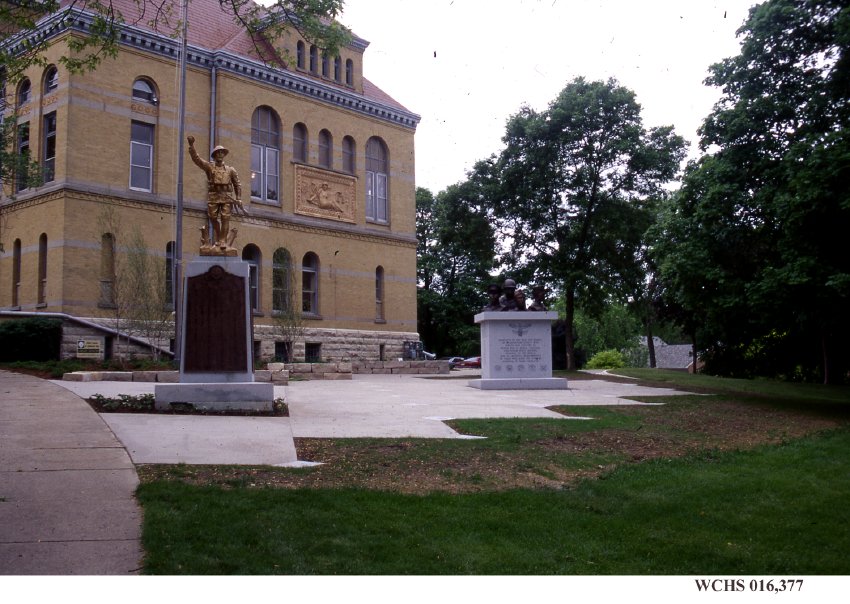 Placement of the WWII, Korean War and Vietnam War Memorial in 1998 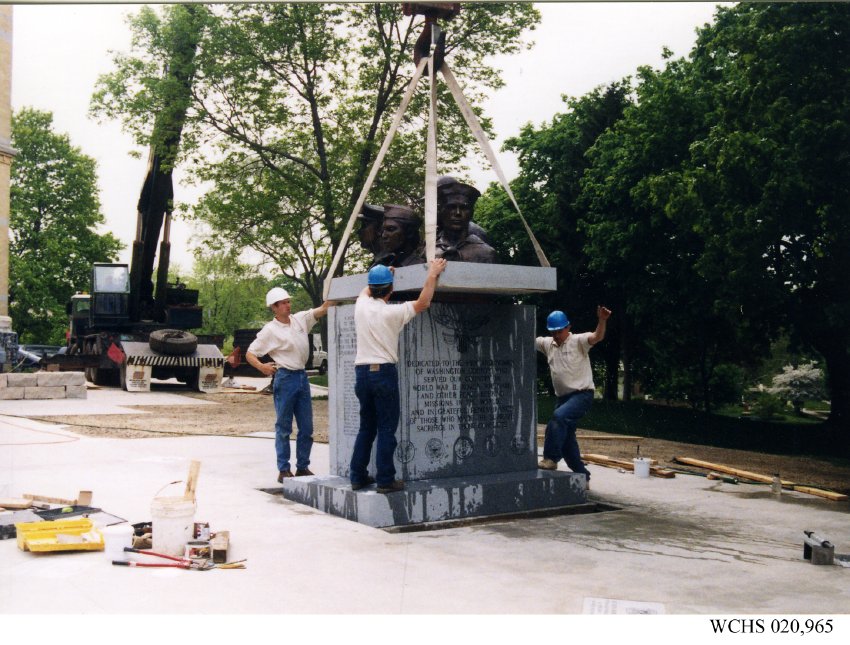 Managed by the Washington County Historical Society, this project also included installing pavers to enlarge the area around the statues. This allowed for larger gatherings on a hard surface rather than grass. WCHS fundraised about $44,000 for the landscaping portion of the plan. The landscaping included a widened pedestrian area on what was only a sidewalk to the Doughboy memorial, a seat wall and inlaid plaques donated by all of the area's veteran organizations. The monument itself was donated by a private consortium headed by Tom Rolfs.

Each side of the monument has the names of those who were lost engraved on it. The bronze heads on the top of the monument represent the Navy, Army, Air Force and Marines and the seals of each armed force branch are positioned along the bottom of the plinth.

Several hundred attendees were at the dedication on Memorial Day 1998. The program included a fly over by the Wisconsin Badger Squadron 6.