One of the first Black congregations in Iowa, Burns United Methodist Church was established in 1866 and named in honor of Francis Burns, the first Black Methodist bishop. This building was acquired by the congregation in 1930 and served as the home of the congregation until 2011 when the property was sold to developers. The congregation now meets at the former Gatchel UMC on Martin Luther King Jr. Parkway. The historic church was listed to the National Register of Historic Places in 1977 but was razed to create room for new apartments.

The church was originally home to a German congregation and the building included Flemish and Tudor architectural elements. 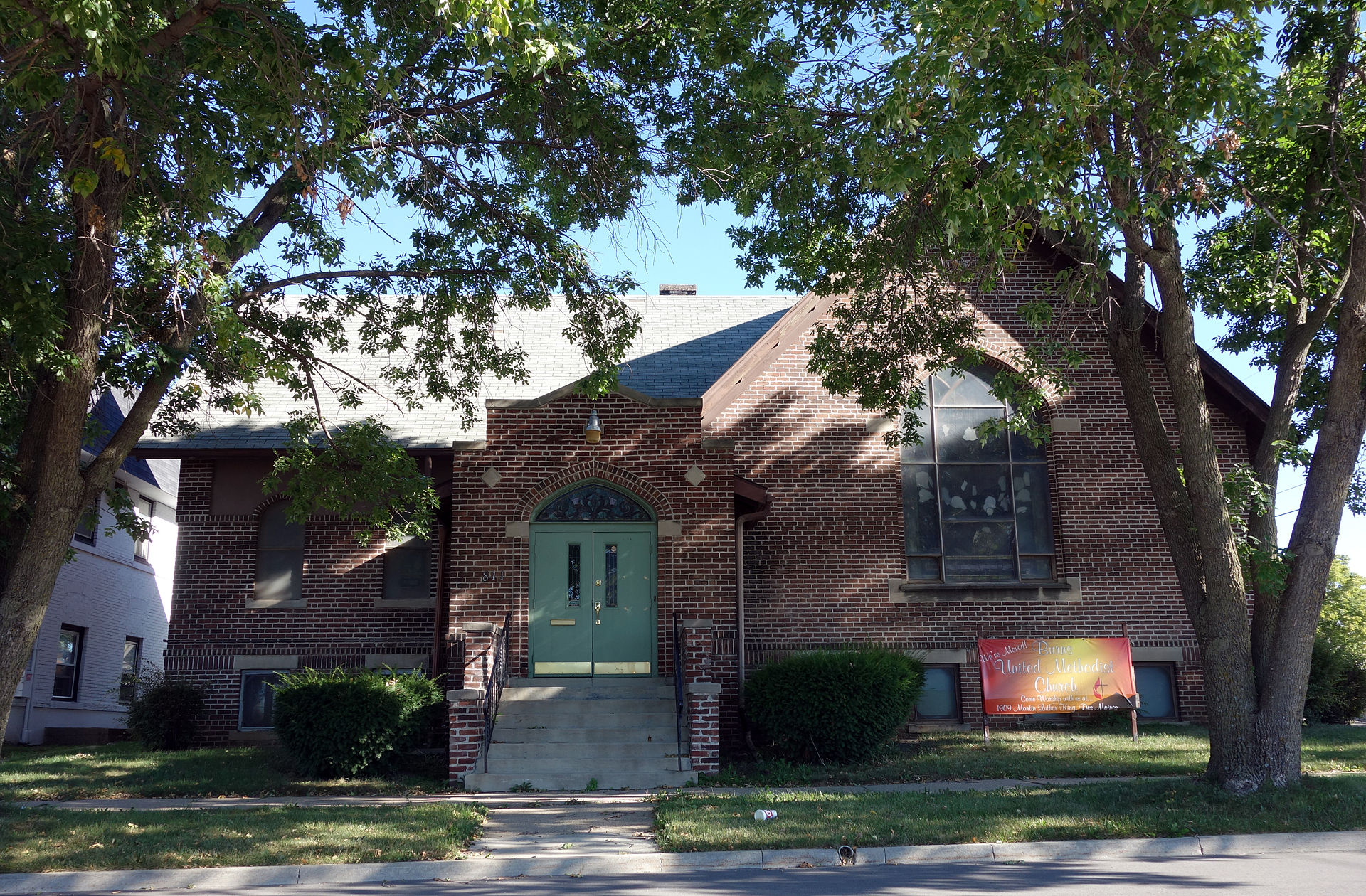 The church is named after Francis Burns, (1809-1863) the first Black Methodist Episcopal bishop. Burns lived in Liberia—the American colony for former slaves who left the United States for Africa—beginning in 1838. The growing Black population in Des Moines prompted the Methodist Church to establish a new congregation to serve the needs of the community. Its membership grew quickly. Unfortunately, the congregation found it difficult to raise funds for a church and as a result, moved to six times to various locations. Finally, in 1930 the congregation found a permanent home in the present building, which was previously owned by the German Emmanuel Methodist Congregation.