This was the site of an 18th-century mill and plantation that was established by some of the original settlers of what is now Lumberton. The Eayre family arrived around the turn of the eighteenth century, and the remains of the mill they established represent the area's first industry. With the exception of a mere handful of houses of later periods, the Eayres Plantation and Mill stand as the only surviving structures of the former Eayrestown which was the first sustained settlement of the area. The second house constructed by Richard Eayre in 1715 stands as the oldest in the township, as well as all of southern New Jersey. The two homes are exemplary one-room deep, vernacular Georgian residences, typical for western New Jersey Quakers. The Eayre family divided its property with each generation of sons, allowing them to remain on the property for more than two centuries. 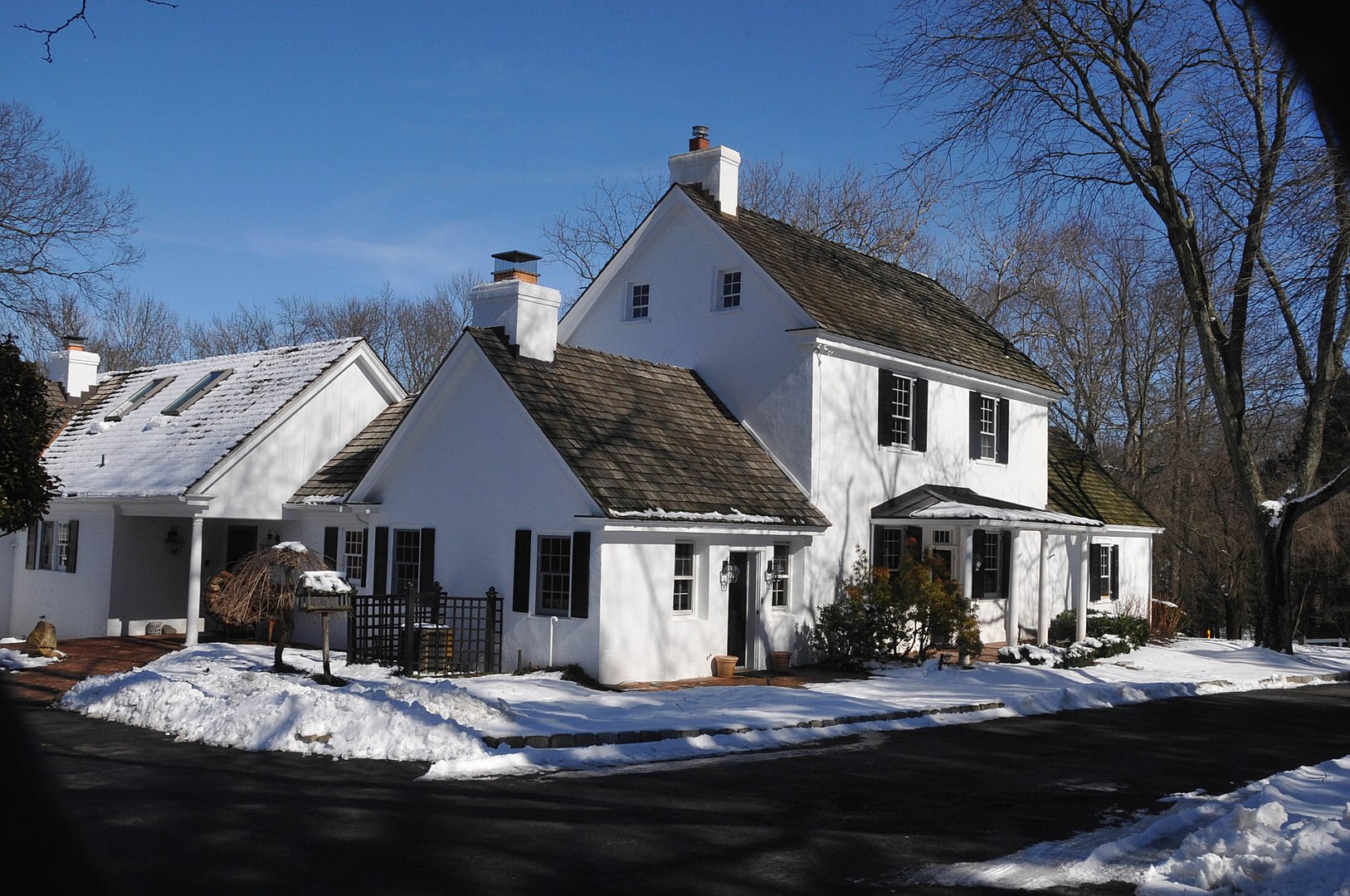 Richard and Elzabeth Eayre arrived to New Jersey, in what is now the Lumberton area, in roughly the late 1600s. They established a milling site that served as the genesis of what would grow into Eayrestown, a commercial center that served nearby villages, farms, and even into Philadelphia. The Quaker family handed the property down generation to generation, staying on the land until the early twentieth century. By 1860, Eayrestown had been absorbed into Lumberton and the family eventually purchased several buildings and owned or managed numerous businesses in the town. The home and its land serve as reminders of early New England life and its numerous mills.

Although Richard Eayres exact arrival into southern New Jersey is unknown, a 1709 census of Northhampton (an earlier political designation) shows Eayre, a Quaker, living with his wife Elizabeth and children in a one-room stone house, believed to have been built around 1700. The home, demolished in 1974, stood on property near a river that also included a grist mill and fulling mill. A few years later (roughly 1712), Eayres built a sawmill. The mills he developed proved successful, serving as the first industry of an area that evolved into Eayrestown. The Eayre mills received much of their lumber from Delaware, and the mills served nearby farms, villages, and even Philadelphia; thus, a road network developed connecting Eayrestown to other towns. By the Revolutionary War, Eayrestown stood as a regional commercial center and one of only a handful of towns in Burlington County.

The mills' success provided the family with increasing wealth and prosperity. As a result, the family made additions to the first two houses. As well, typical of the era, an inheritance system consisted of dividing property among the children. The Eayres family, like most prominent families, partitioned and passed down from generation to generation, demonstrated by new homes built on the family property. Indeed, the frequency of the division (of varied sizes) of the original Eayres tract renders it nearly impossible to document. Nonetheless, it appears that the most significant portion of the Eayres' property consisted of an eighty-acre partition of land on the southerly side, namely the Eayres Plantation and Mill Site, where Asa Eayres likely built the third house during the 1780s.

Throughout the eighteenth and nineteenth centuries, the Eayres family stood as one of the area's wealthiest families. Lumberton Township incorporated in 1860, a result of merging Eayrestown, Fostertown (settled by William Foster in 1735), and connecting lands. In addition to the mills, and the plantation, the family purchased several buildings and owned numerous Lumberton businesses. The family listed the mills for sale or rent in 1821, likely signaling the end of the family's milling operations. In 1880, family descendants sold the Richard Eayres House, and then they sold the third Earyre house in 1911.

Though floods and a fire during the early twentieth century destroyed much of the Earye's property, notably the grist mill and fulling mill, the two Eayres houses and much of its property remains. The surviving property speaks to early New England history, dominated by Quakers, milling, and land-owning families passing down property from generation to generation.

This tour begins with four historic homes before winding its way to a former mill which is now the headquarters of the Medford Historical Society. As the tour moves on to Mount Laurel, visitors get the chance to see several other historic estates constructed in the 18th and 19th centuries, a historic African American church, a military aviation museum, and a Quaker Meeting House that predates the American Revolution.