The Granger House is a well-preserved historic home built in the 1860s in Marion, Iowa, not far from Cedar Rapids. The style of architecture is Victorian Italianate and a carriage house, which is also in good condition, is located on the property. It is name the Granger house after the family who lived there from 1873-1969. The house has retained many of its original furnishings and other items such as personal papers and photographs.

The Granger House. The carriage house is on the left. 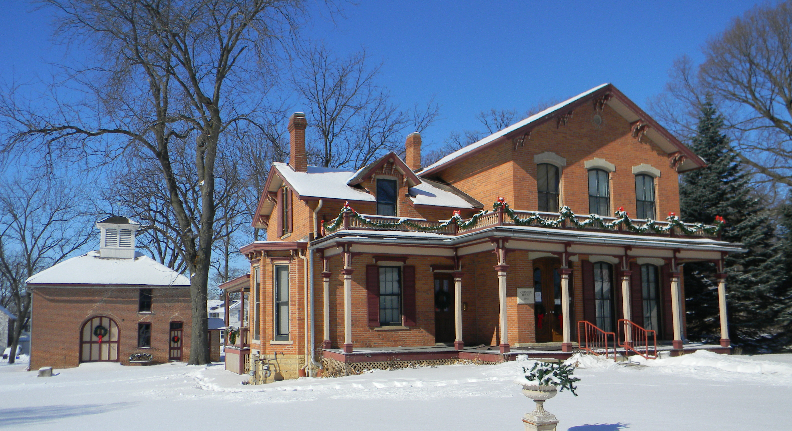 The house was built sometime in the 1860s by, it is thought, a man named Charies Myers. Earl and Dora Granger moved in to the home in 1873. Earl owned a slaughterhouse and was also a partner at a meat market. Dora did not have an occupation. Earl constructed the carriage house in 1879 and added a room to the home a year later. Descendants lived at the house until 1969. It was named to the National Register of Historic Places in 1976 and is now a museum.