On January 27, 1864, a small skirmish took place at this location between Union Company G of the 3rd West Virginia Calvary under the command of Captain John S. Witcher and the small Confederate Company E of the 16th Virginia Calvary Regiment under the command of Captain Hurston Spurock. Spurlock and his men rode north into Cabell County to raid Union camps for ammunition and supplies. On the way, they encountered a pro-Union Cabell County Sheriff whom they detained and robbed. Word of the robbery reached a nearby Union camp. Witcher and his company pursued the Confederates back into Wayne County. The Union troops caught up to Spurlock at Bloss Hill just south of the town of Lavalette where a small skirmish took place. The Union quickly defeated the small force of Confederates, killing one and taking the rest prisoner for the duration of the war. 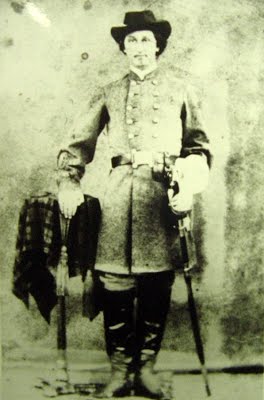 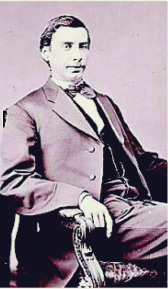 The portion of the old road where the battle took place visible from Bloss Hill Road. 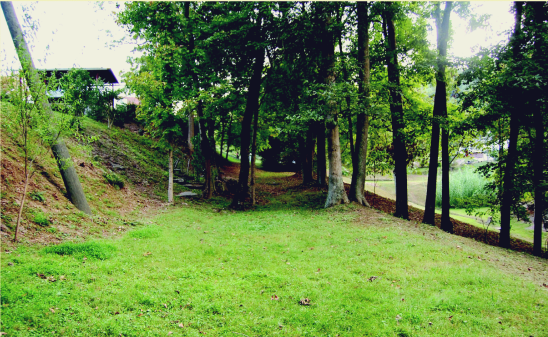 Although West Virginia allied with the Union after its secession from Virginia, the people of West Virginia were divided. Many residents of the southern counties were southern sympathizers enlisted in Virginia Companies. Wayne County was heavily divided during the war. The northern end of the county and neighboring Cabell County was pro-Union and Union-controlled while the rest of the county was heavily pro-Confederate. During the war, several small skirmishes occurred in Wayne County between Union troops and the small bands of Confederates. One of these skirmishes, called the Battle of Barbour’s Farm or the Battle of Bloss Hill, occurred on January 27, 1864.

On that date, Company E of the 16th Virginia Calvary Regiment CSA, under the command of Wayne County native Captain Hurston Spurlock, marched north into Union controlled Cabell County to harass the Union forces and raid their camps for ammunition and supplies. When Hurston’s small company reached Cabell County, they detained and robbed the pro-Union county sheriff. Word of the robbery reached a nearby Union camp where Cabell County native Captain John S. Witcher and Company G of the 3rd West Virginia Calvary Regiment was stationed. Spurlock and his company retreated back into Wayne County, pursued by Witcher's forces and the sheriff who had been robbed. Spurlock’s company managed to make it to Bloss Hill, just south of the town of Lavalette, before the Union troops caught up to them. Seeing that they were unable to outrun the Union troops, the Confederates took up positions along the ridgeline of the hill and prepared to make a stand. When the Union troops neared the top of the hill, the Confederates opened fire. A quick skirmish ensued. Despite the Confederates' advantageous position, the Union force quickly defeated them. After the smoke had cleared, one Confederate soldier was mortally wounded and died shortly after the battle. Spurlock and the rest of his company were taken prisoner and remained in captivity for the duration of the war.

Today, a small cluster of residential houses called Ridgemont Heights now stands on what was once the battlefield. Although there is no formal marker designating the site of the skirmish, portions of the earthen road where the battle took place can still be seen. Although obscured by time, a one hundred foot long stretch of the old road is visible between Bloss Hill Road and Ridgemont Heights Road.