Although it was initially a British success the Colonial Army would rise up and conquer the village of Ridgefield in April of 1777. Captain Benedict Arnold was the main commander for the battle as the British marched upon a weak Colonial Army only to be slaughtered by a much larger force later. Arnold's defenses kept the British at bay until the larger army could come later.

This cannon ball was shot into the side of Keeler's Tavern. The ball is still there today. 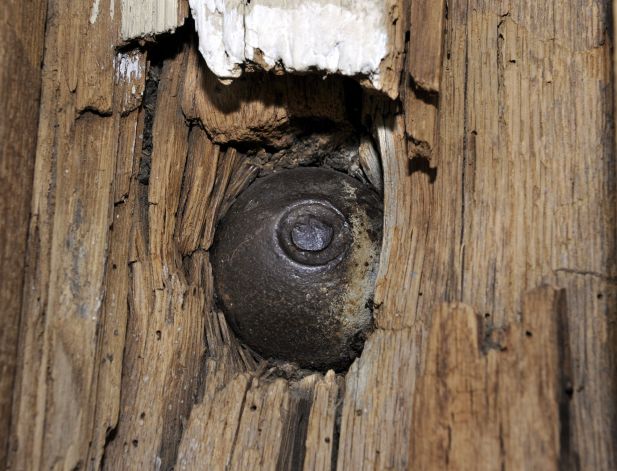 Ridgfield was a battle in the streets as depicted in this image. The illustration shows the barricades made by the American troops. 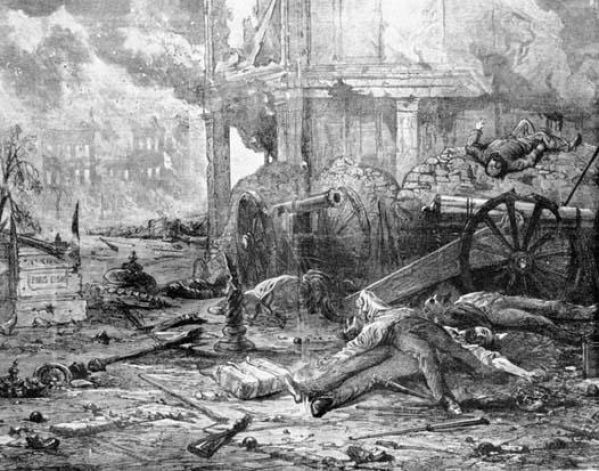 General Tryon of the British army thought that he would be warmly received by the people of Ridgefield after taking out a Colonial supply post just days earlier. Tryon, to his dismay, learned that the town was being barricaded by none other than General Benedict Arnold. Arnold set up man made defenses throughout the town hoping to slow down Tryon's army in retreat. Arnold was successful as Tryon's army continued to be harassed by General Wooten at the back and his own from the front. Wooten continued to attack and take prisoners in the wooded area before Ridgefield until he was killed five days after being shot in an attack.

Arnold's continued defense of the village was destroyed shortly thereafter as the British pummeled the city with their larger numbers and artillery. Arnold would retreat on horse only for his horse to be shot nine times and it fell on top of him in the street. Arnold shot an oncoming soldier before getting out from under his horse and retreated.
Tryon's army was successful until a massive Colonial Army marched in and destroyed what was left of the occupying British Army. Tryon was defeated and the British would never again attack inland in Connecticut.

Twelve American soldiers died and more were wounded. British casualties were far fewer. Arnold would be known more for his actions later in the war but his stand at Ridgefield was important to the future of American soldiers in Connecticut. Ridgefield still celebrates and remembers the history of the battle and even has a British cannon ball still embedded in a local tavern preserved.