We begin this tour at the Louise Cotton Mill at the gated vehicle entrance near the railroad tracks and across from 1003 Louise Avenue. In 1896, investors planning the Louise Yarn Mill purchased 30 acres of farmland for $3,000 from Mrs. Kate Moore. When the mill opened in 1897, it was the largest cotton mill in Charlotte and was conveniently located next to the Carolina Central Railroad. 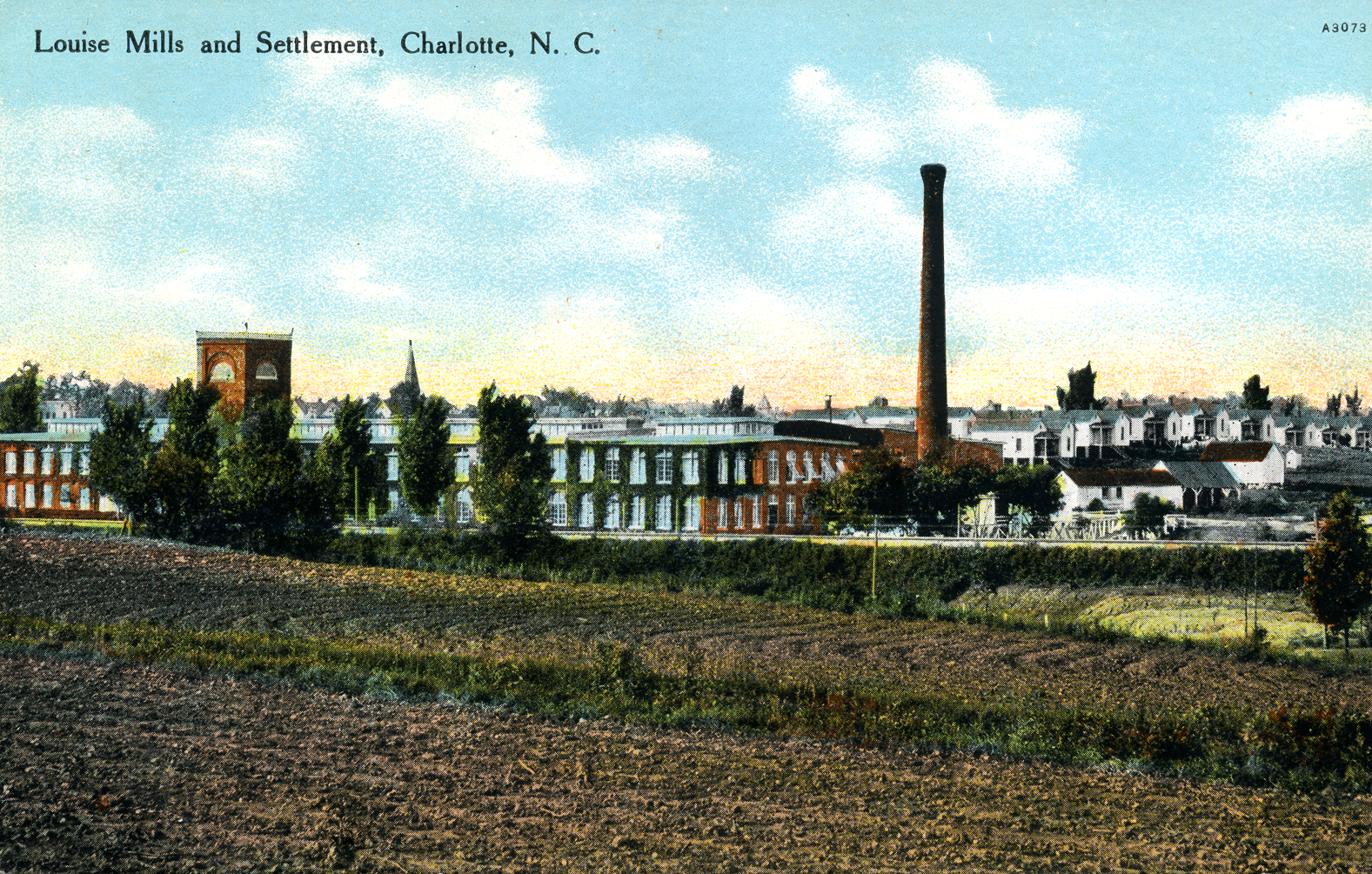 Early image of the mill

Sandborn Map of Mill and housing 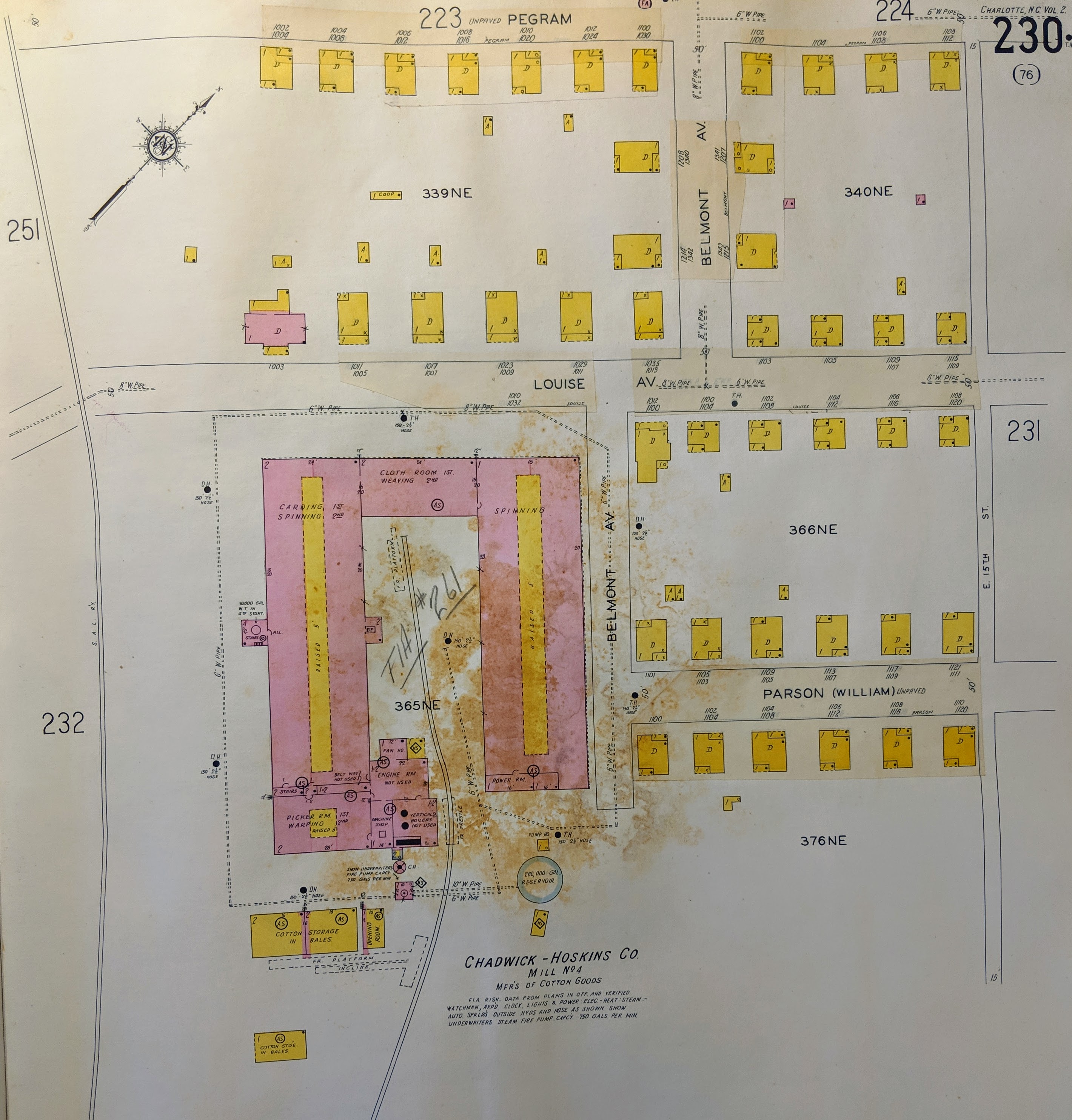 A nearby stream, which ran along the route of today’s Hawthorne Lane, was dammed to provide a mill pond. This water was used, not for power but rather as insurance against fire. Water mains ran from the pond to a pump house and throughout the mill.

Louise Mill began as a 10,000 spindle hosiery mill and expanded in 1901 to add two large wings and a courtyard, creating the mill’s unique U-shape. For sixty years, from 1897 to 1957, the mill was steadily in operation as a cotton mill. The community thrived in this early half of the century, but by the late 1950s, mills were closing and plants were relocating. The neighborhood began at the edge of Charlotte’s nineteenth-century boundary but now found itself in the urban inner-city as newer subdivisions attracted residents to more prosperous suburban areas.

Ownership of the Louise Mill building changed multiple times after it closed, and its uses varied until 2018 when the historic structure was reimagined and turned into housing, called The Lofts at Hawthorne Mill. This meticulous conversion into loft spaces kept the nineteenth-century Southeastern textile mill architecture. The craftsmanship includes the original five-course masonry facade, the heavy timber interior, and 12-foot window openings with segmental-arched tops. Today, the Louise Mill is listed in the National Register of Historic Places and is one of only three intact cotton mills that survived in the city from the late nineteenth century.

We’ll continue our tour by heading north on Louise Avenue toward Belmont Avenue. You will cross Louise Avenue and look for the medallion on the sidewalk near the stop sign.