The First Baptist Church of Thurmond, managed by the New River Gorge National Park and Preserve, is a church located on the Dun Glen side of the river historically associated with the area’s Black population. Today, the church can be accessed through the Church Loop Trail, off of the Rend Trail. Black residents of Thurmond, Dun Glen, and other nearby communities made up the former congregation. 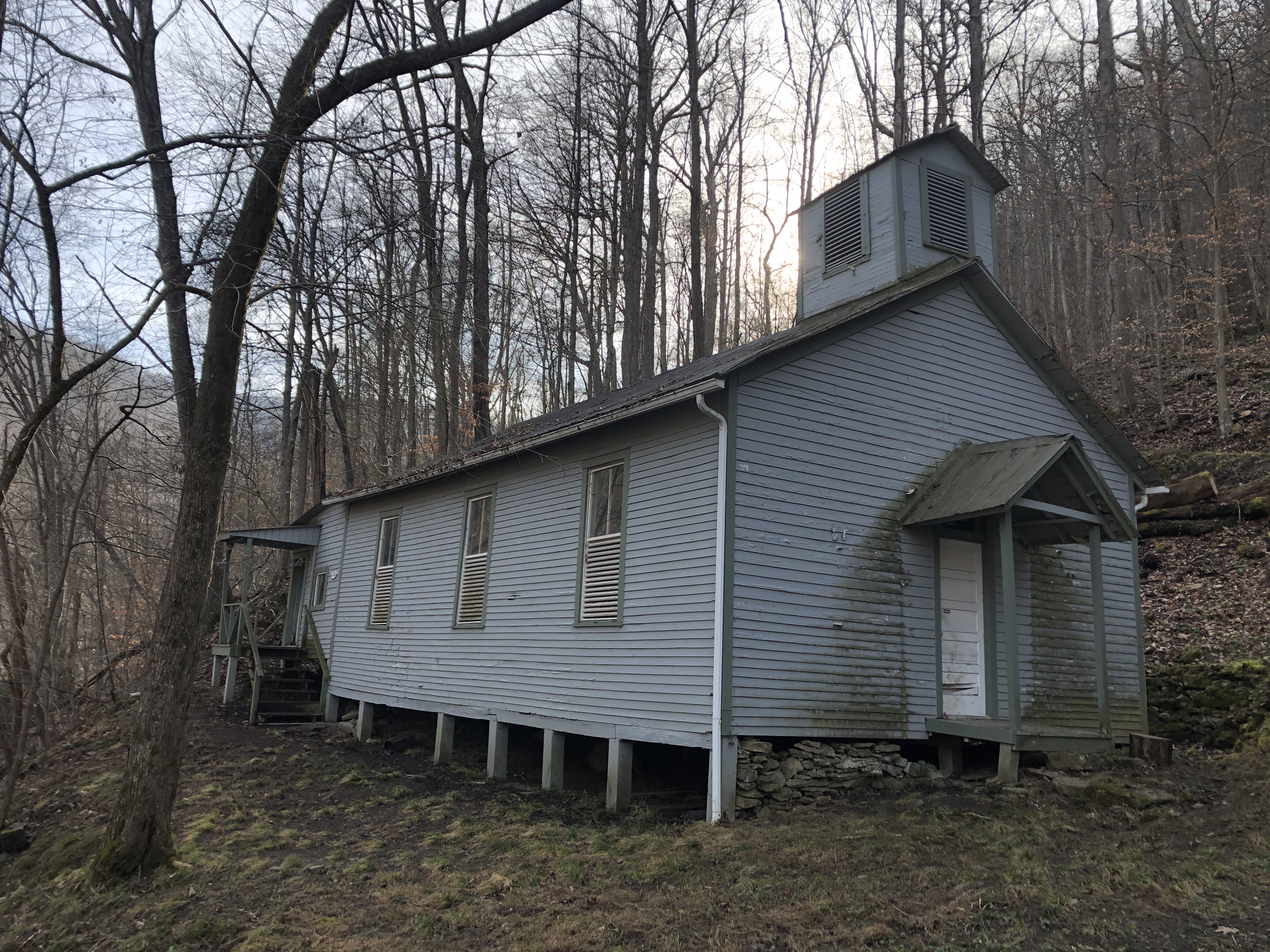 A small community of African Americans developed in the Dun Glen, and they established a literary society that held meetings in the employees’ living quarters of the Dun Glen Hotel. The success of the literary society led to the organization of a Sunday School, and then an informal church by 1914. As the congregation grew, Black community members realized they needed a more formal space for religious services. In the early 1920s Black residents of the area were given property by the McKell heirs (one of the area’s original landowners was T. G. McKell, the other being W. D. Thurmond) and upon that they built the structure standing today. The First Baptist Church of Thurmond was likely a source of social joy and community togetherness when it had an active congregation. Wedding, funerals, and regular religious services brought Black residents together. The First Baptist Church of Thurmond is one of the remaining structures portraying segregation in the New River Gorge, and it is the only structure remaining in Thurmond of its kind.

Coincidentally, the railroad and coal industries in the Appalachian region brought forth new opportunities for southern Blacks seeking to escape Jim Crow violence and barriers. The dramatic incline of "non-white"* residents to the coal fields of Appalachia is directly related to the constant need for labor in the mines. In Fayette County, the Black population more than tripled from 1890 to 1920 (from 3,054 Black residents to 9,636 residents).

Even through discriminatory laws based on race were not present in the coalfields of West Virginia, racism was experienced at the company and local levels. Most company towns were segregated by race, including housing, schools, medical centers, and churches. Housing for African-Americans in West Virginian coal camps was often located on the outskirts of the camp or in a different hollow all together. Institutional racism was enacted by companies rather than the state via segregation.

Despite racial inequities and physically demanding work, the wage-based labor of the coal mines provided an avenue for Blacks to accumulate wealth like never before. A miner could earn 2 to 4 times the amount a sharecropper or farmer could in a days work. With a 6-day work week common in some mines, Sunday church offered an arena for visiting relatives and networking with neighbors. Church was the center of civic life for Black coal miners and their families. Pastors were often shared between churches (travelling via local railroads) so neighboring communities would sometimes pool their resources for larger religious and communal events (such as a choir competition or guest speaker). Baseball was a common post-church community event.

*Non-white is in quotations because the construct of the "white race" at the time excluded most non-Anglo Europeans; new European immigrants also found opportunity in coal mines during the late 19th and early 20th centuries