Space Coast Stadium was built in 1993 in Viera, FL. It may hold 8,100 seats but it is easy to pass up with its basic structure. The simplistic red, white and blue colors symbolize the colors of the Washington Nationals. The Nationals utilize the stadium for spring training while the Brevard County Manatees use it all year round. 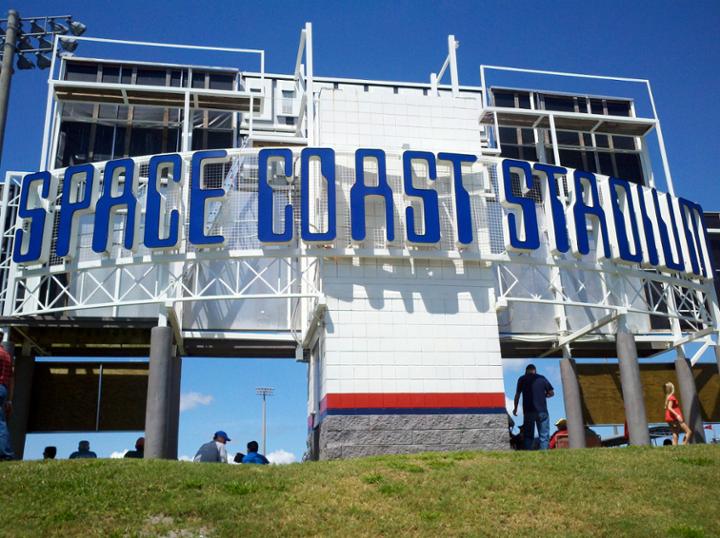 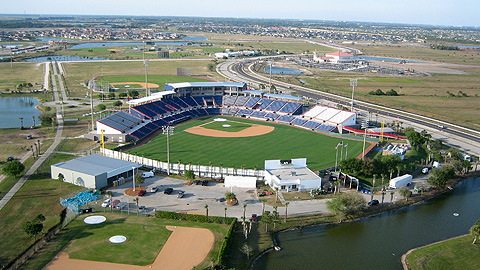 While Space Coast Stadium was built in 1993, it did not officially open until 1994. At that point in time, the red, white, and blue stadium was in the middle of a giant plot of undeveloped land. The colors were chosen to match that of the Washington Nationals that use the stadium for their annual spring training. When they are not there however, the Brevard County Manatees use it.
With 8,100 seats, the size is nothing to scoff at. Fans have their choice of 11 ticket windows to choose from. Once they have their tickets, they file onto a giant ramp that leads them out behind the home team's dugout. While no food may be brought in except bottled water, the Stadium is known for its array of delicacies.
If a person wants to meet the players and have the opportunity for an autograph every game day. The gates open 95 minutes before the start of the game. There are 2 different areas in which the fans can mingle and gain the opportunity for a meeting. During the warm-ups the players may use their own discretion in coming to these areas to meet their fans.