Tampa Stadium, which was also known as Houlihan's Stadium and even "The Big Sombrero" was located in Tampa Florida. From 1976 to 1997 all of the Tampa Bay Buccaneers home football games were played at Tampa Stadium. The stadium was destroyed in 1999 to make room for Raymond James Stadium. 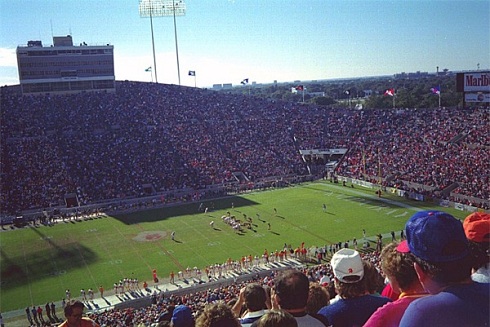 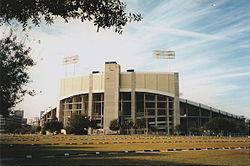 Tailgate party in front of Tampa Stadium in 1976 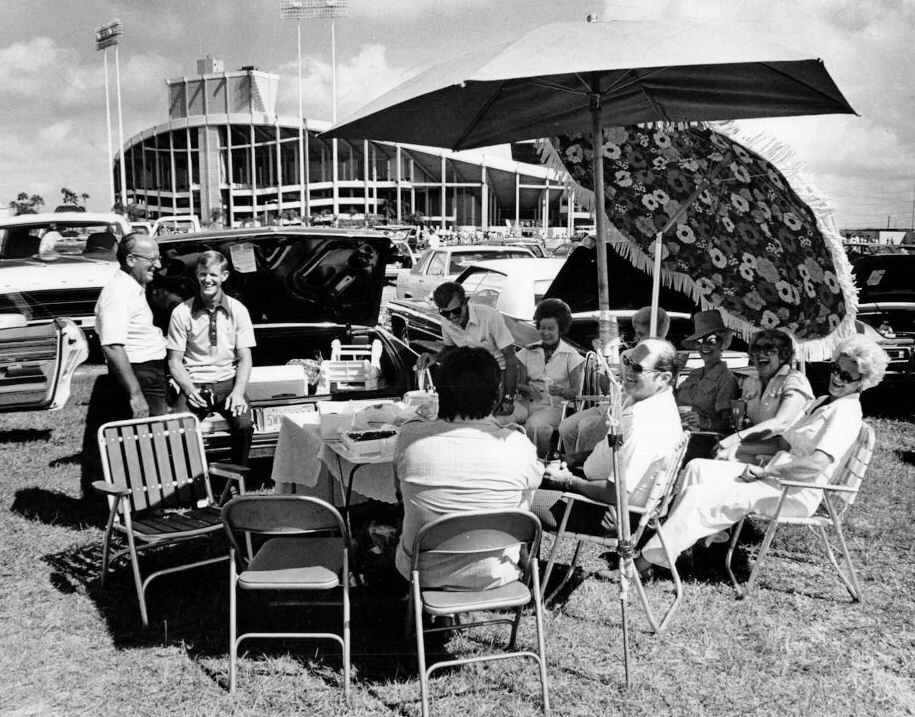 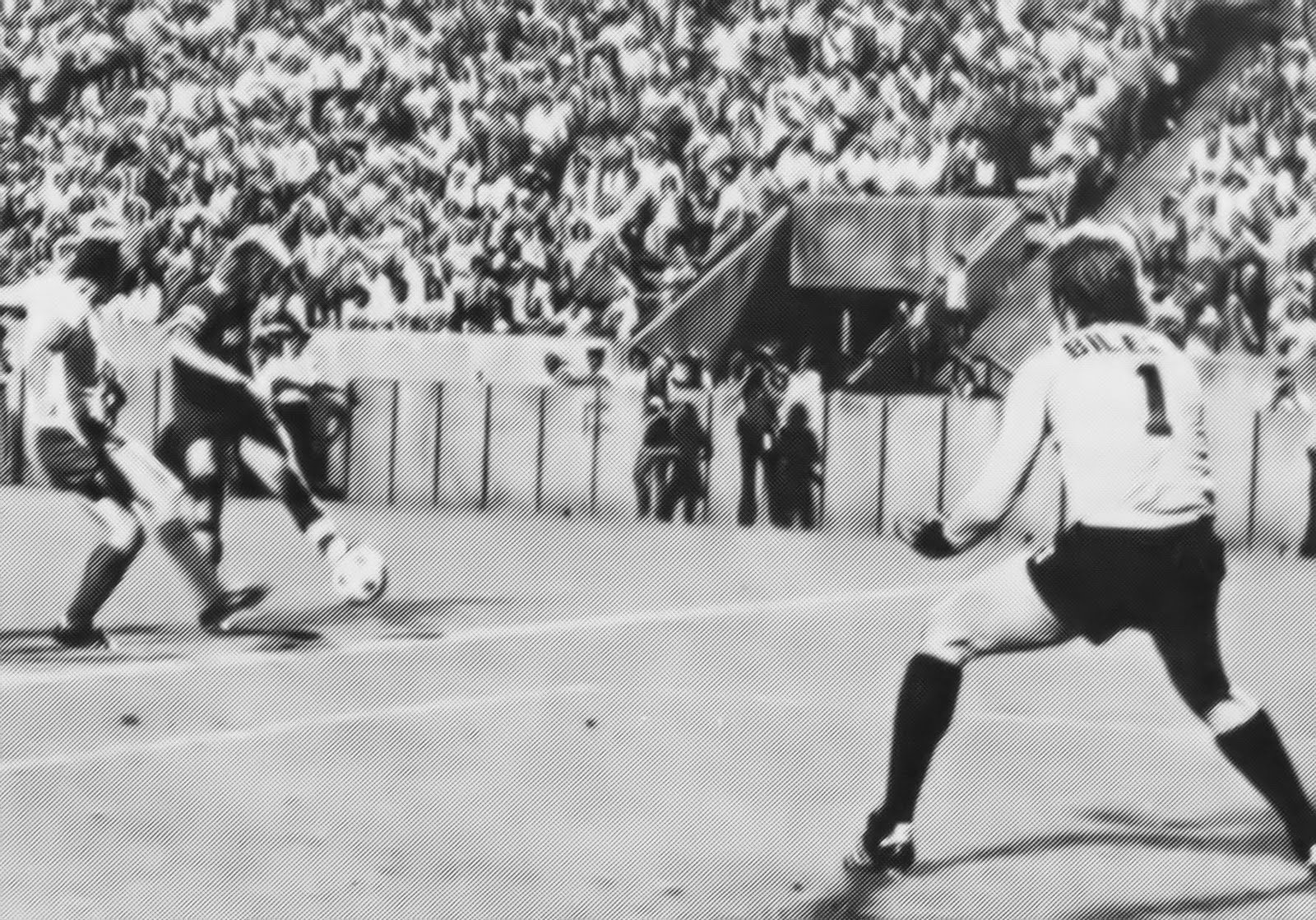 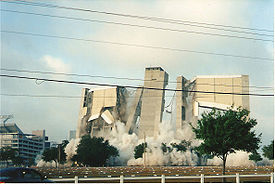 Flier for last sporting event to be held at the stadium 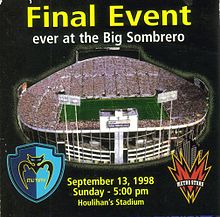 According to Stadiums of Pro Football, the stadium had a capacity of 40,000 and had one tier seating on both sides of the field. In 1976, the stadium received 13 million in renovations and expanded the capacity to 72,000 and added suites. Furthermore, the Buccaneers fist game was held on August 21, 1975 and their last game was played on September 13, 1998. A year later in 1999, the stadium was demolished and rebuilt across the street from the stadium.