Shaare Sholem is a Jewish cemetery primarily serving the Jewish community of eastern european descent. The oldest burials date back to the late 1890’s. 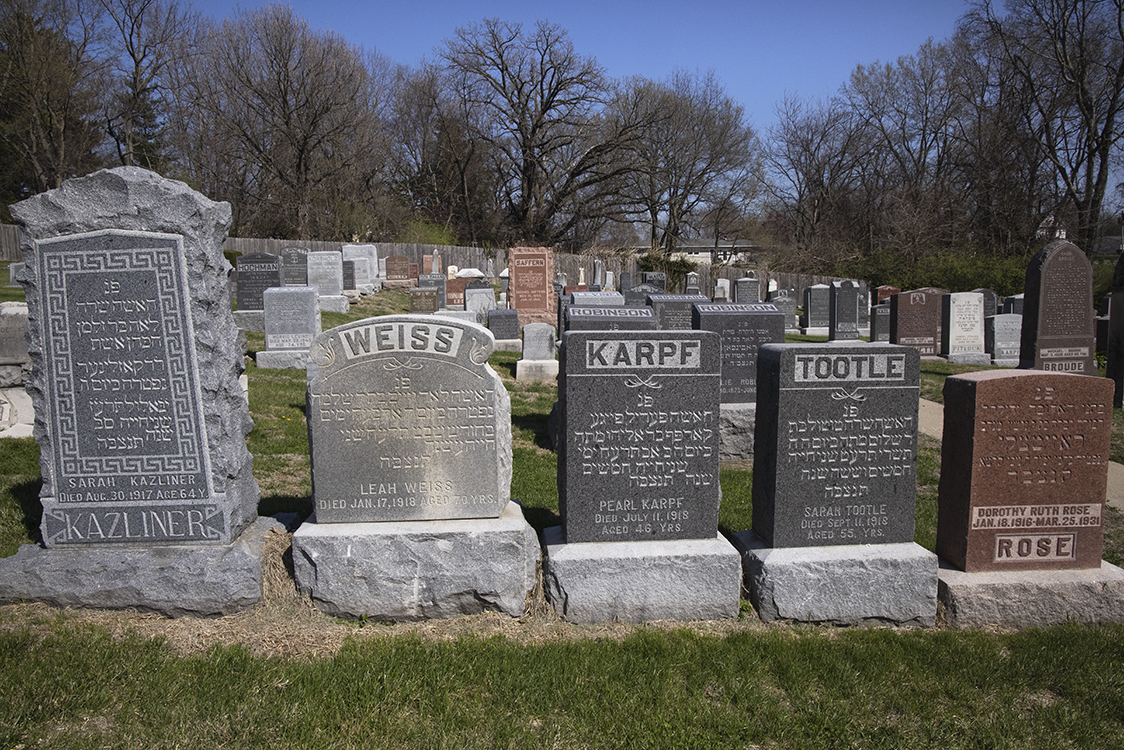 In the Late 1880’s Jewish immigrants primarily from Russia began arriving in St. Joseph, fleeing waves of violent anti-Semitism that washed across Eastern Europe. This community quickly founded the conservative Jewish temple of Shaare Sholem. With this temple came the development of Shaare Sholem cemetery in the mid 1890’s. Despite humble beginnings as refugees, this community flourished within St. Joseph for many years, and this is evident when walking through the cemetery. While rather modest in design, the headstones are often impressively large. One will also see many familiar names associated with prominent businesses in town, such as Einbender or Leibowitz (which is still in business today.)

While both cemeteries are aesthetically quite different, one will notice several commonalities that are typically not seen outside of Jewish cemeteries. Many headstones will have small rocks or pebbles placed on top of them. This is a practice done to show respect, and to remind the dead that the living have not forgotten them. The other is the Cohanim or Kohanim hands. These hands are a symbol of the priestly tribe of Aaron, Moses’ brother, which is passed down from generation to generation. The Cohanim is depicted as two hands joined at the thumbs, and sometimes forefingers.