Used as the city cemetery since the town’s conception, Sunbridge was platted in 1897. Very few headstones appear. The city cemetery was run by the Welfare Board, and provided decent burial to the poor and indigent. Due to the lack of headstones and records, it is unknown how many are buried in Sunbridge. 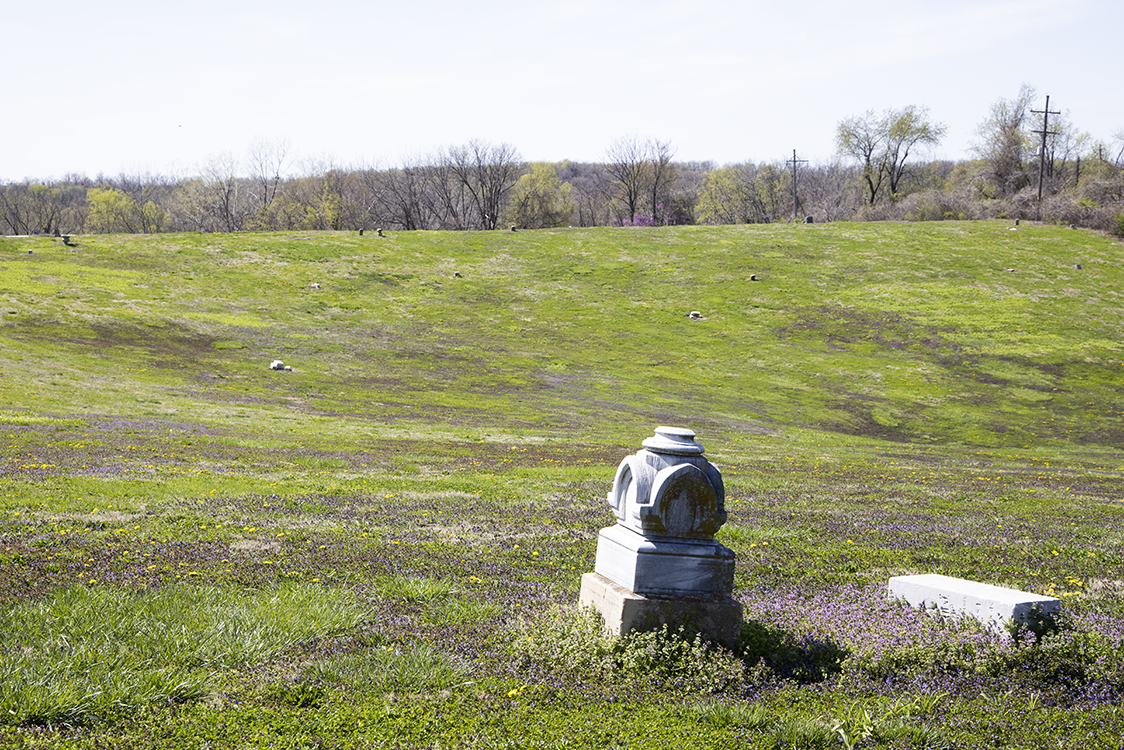 While it is thought to have begun originally as a family burying ground, in July of 1857 the rather new city of St. Joseph purchased 20 acres of land about half a mile north of what is now Krug Park. Since that time, that land has been used as the city cemetery. Some time after this, the city entered an agreement with the county deeming the cemetery to become the burying ground for the local poor. Despite the primary function of the cemetery being a burial ground for the poor of St. Joseph, the city cemetery was also a community cemetery where anyone could be interred, as well as a place the victims of epidemics could be brought and safely buried.

Very few headstones appear at this cemetery; it was customary for those buried there to have received wooden markers, but those do not tend to last and there are currently none remaining. A fire at the caretaker’s home in the early 1930’s destroyed all early records of interments within the cemetery. Due to the lack of headstones and early records, it is unknown exactly how many are buried in the cemetery. In 1959 the city cemetery was renamed Sunbridge, not to be confused with the Sunbridge Hills Conservation Area.

A notable burial in Sunbridge is that of Lloyd Warner. Lloyd Warner was only 18 years old when he was horrifically murdered in St. Joseph’s only recorded lynching in 1933. He has no headstone, received no funeral, and is buried in the segregated section of the cemetery.