Located behind Sparta United Methodist church, the cemetery and church is all that remains of the former county seat, Sparta. The current church was built in 1889, though an older church predated it. The cemetery is quite small, with under 400 burials, dating back to the 1840’s. The original, slightly older Sparta cemetery is located across the road in the middle of a field. 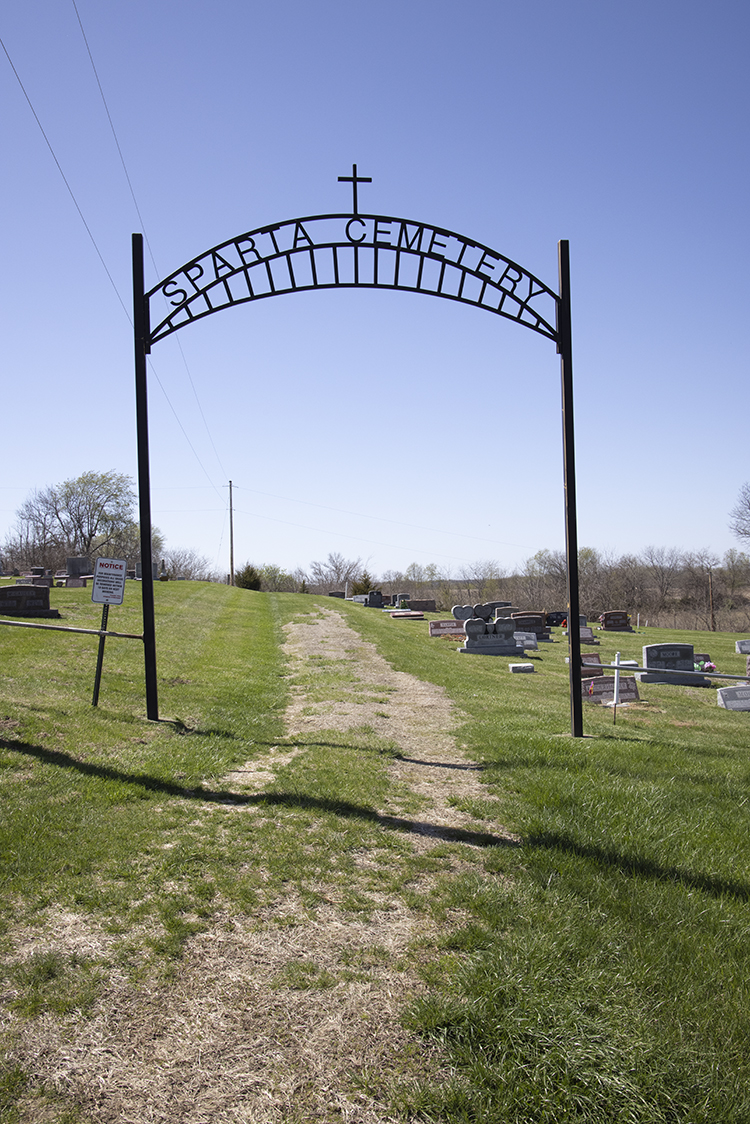 Located behind Sparta United Methodist church, the cemetery and church is all that remains of the small town of Sparta. Sparta had but a brief existence of six years beginning in 1840. Initially designated as the Buchanan County seat, after losing the seat to St. Joseph, the town simply disappeared overnight. Land owners in Sparta were compensated by the county to relocate when the town lost its designation.

Sparta United Methodist Church was originally founded in 1845, with the current structure being built in 1889. The church was founded in part by Amanda and Bartlett Duncan, both buried in the cemetery. The Duncan family came to the county in 1845, making them some of the earliest settlers in the area. The Duncans were a rather prominent family in the area; one son, John, became a judge, and their grandson was Dr. John Lockwood. Amanda and Bartlett’s 11 year old daughter, Salina, is one of the earliest burials in the cemetery.