Turner Cemetery is located on land originally owned by pioneers Sarah Jane and Mary Ann Turner. The oldest headstone located in the cemetery is that of George Washington Turner, who died in 1860. Since that time, Turner Cemetery has served the small farming community of Wallace. 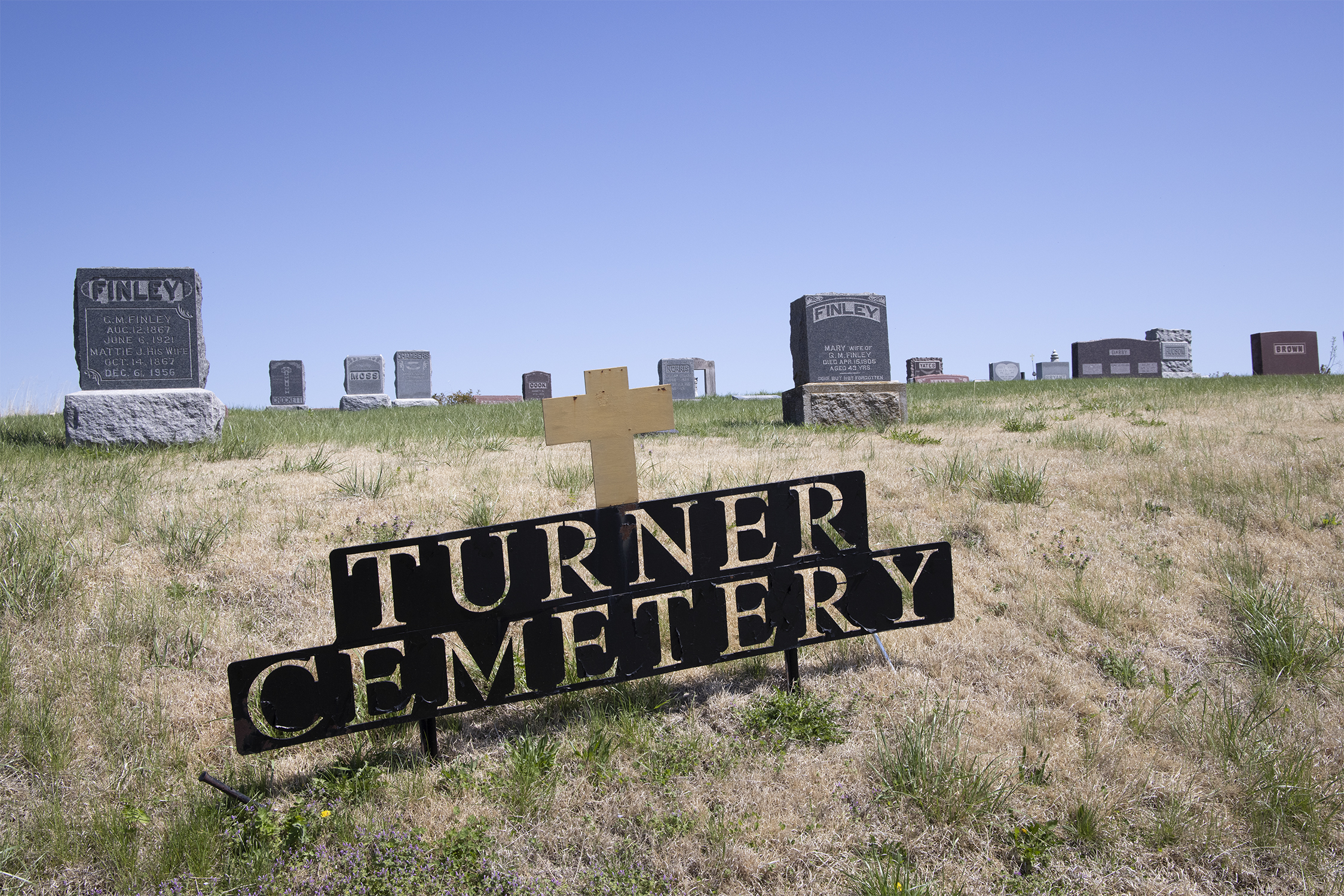 Following the Platte Purchase in 1836 many pioneer families from Kentucky, Virginia, and other states, traveled to Buchanan County to start new lives. Some continued westward following the Oregon trail, while others purchased large tracts of farming land outside of the new town of St. Joseph. At this time it was quite common to be buried on family land, which has led to a surprising number of small family cemeteries throughout the county. Some of these burial grounds stayed very small, only serving the individual families, but others started to grow slightly, serving others in their small farming communities.

Turner Cemetery is located on land originally owned by the pioneer Turner family. The oldest headstone located in the cemetery is that of George Washington Turner, who died in 1860. Following George’s death, Mary Ann continued to raise their six children and run the farm, despite not knowing how to read or write. George, Mary Ann, and four of their children are buried in the cemetery. Since the mid 1800’s, Turner Cemetery continues serving the small farming community of Wallace.