Located in the heart of DeKalb, Westlawn has been the burial ground for Bloomington Township for nearly 180 years. Notable burial is original buchanan county pioneer Hiram Roberts. Roberts came to the county in 1836 before the land was open to settlers, and had to evade capture by troops sent from Ft. Leavenworth to evict squatters. 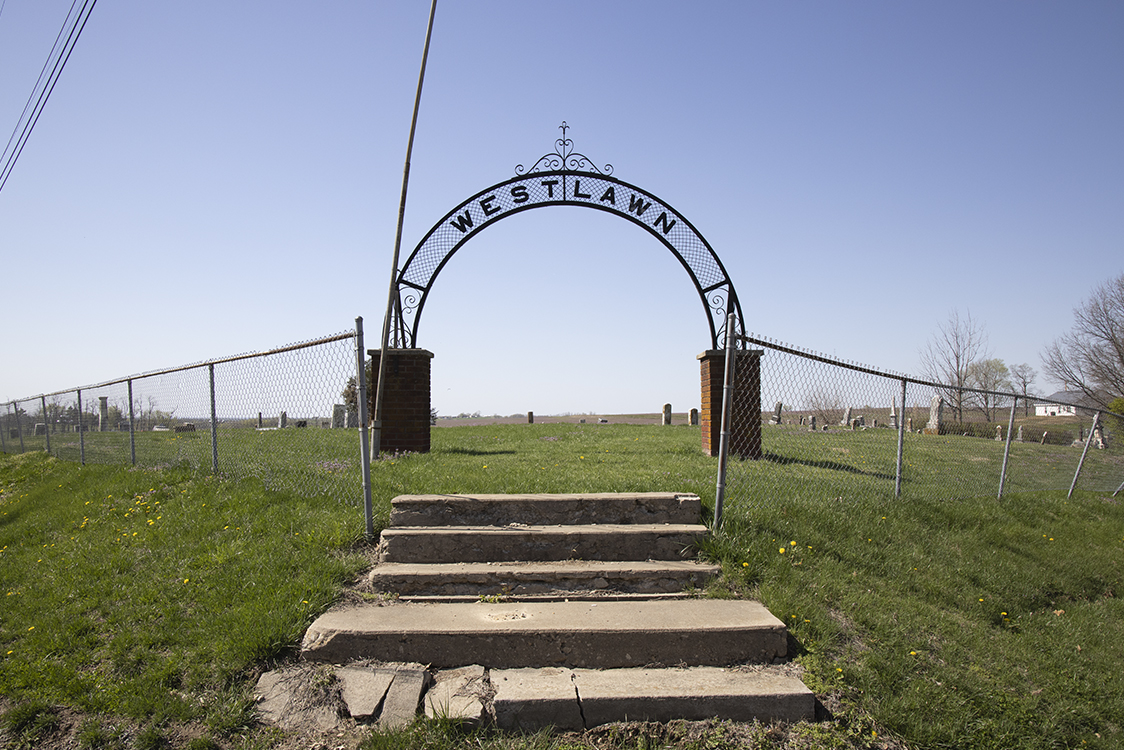 Located in the heart of the small town of De Kalb, Westlawn cemetery has continuously been the burial ground for the region of Bloomington Township for nearly 180 years. Among the earliest settlers of Buchanan County, and one of the very first in the area that would become De Kalb, was Hiram Roberts. Roberts came to the county from Kentucky in 1836, one year before the county was officially opened. When it came to the attention of the government that squatters such as Roberts had illegally moved onto the land, troops were sent from Fort Leavenworth to remove them. Due to the secluded location Hiram Roberts chose for his home, he was one of the only squatters to successfully evade capture. Hiram Roberts and his wife Rachel stayed in De Kalb for the next 45 years until their deaths in April of 1881. Despite being prominent members of the community, both Hiram and Rachel share a modest monument in Westlawn Cemetery.

One of the most impressive monuments within the cemetery is that of William and Ellen Farris, prominent farmers in the late 1800’s. The monument consists of two pillars connected at the top by an arch, representing the bonds of matrimony, behind an elaborate wrought iron fence. (Due to the fragile nature of the monument, please take great care and refrain from touching.)

Within the older section of the cemetery nearest to the school, there are also many beautiful examples of mid 19th century iconography and engraving:

Rose- Purity, often on the graves of women

Weeping Willow- Grief and sorrow, one of the most popular motifs of the early 19th century

Hand pointing up- the soul has risen to heaven