This brick structure appears to have been built between 1926 and 1930 and served as one of the neighborhood grocery stores for a short time. Between extended periods of vacancy until 2013, it also served as WPA Sewing Project no. 1544, Tire and Supply Co, Hinson Manufacturing & Distribution Company, Knight Brothers Furniture Company, Fire and Glass Fabrications and, finally, as Lo's Place Lounge in the early ‘80s. In 2013, it was renovated and converted to a residential unit.

Prior grocery store, now a home 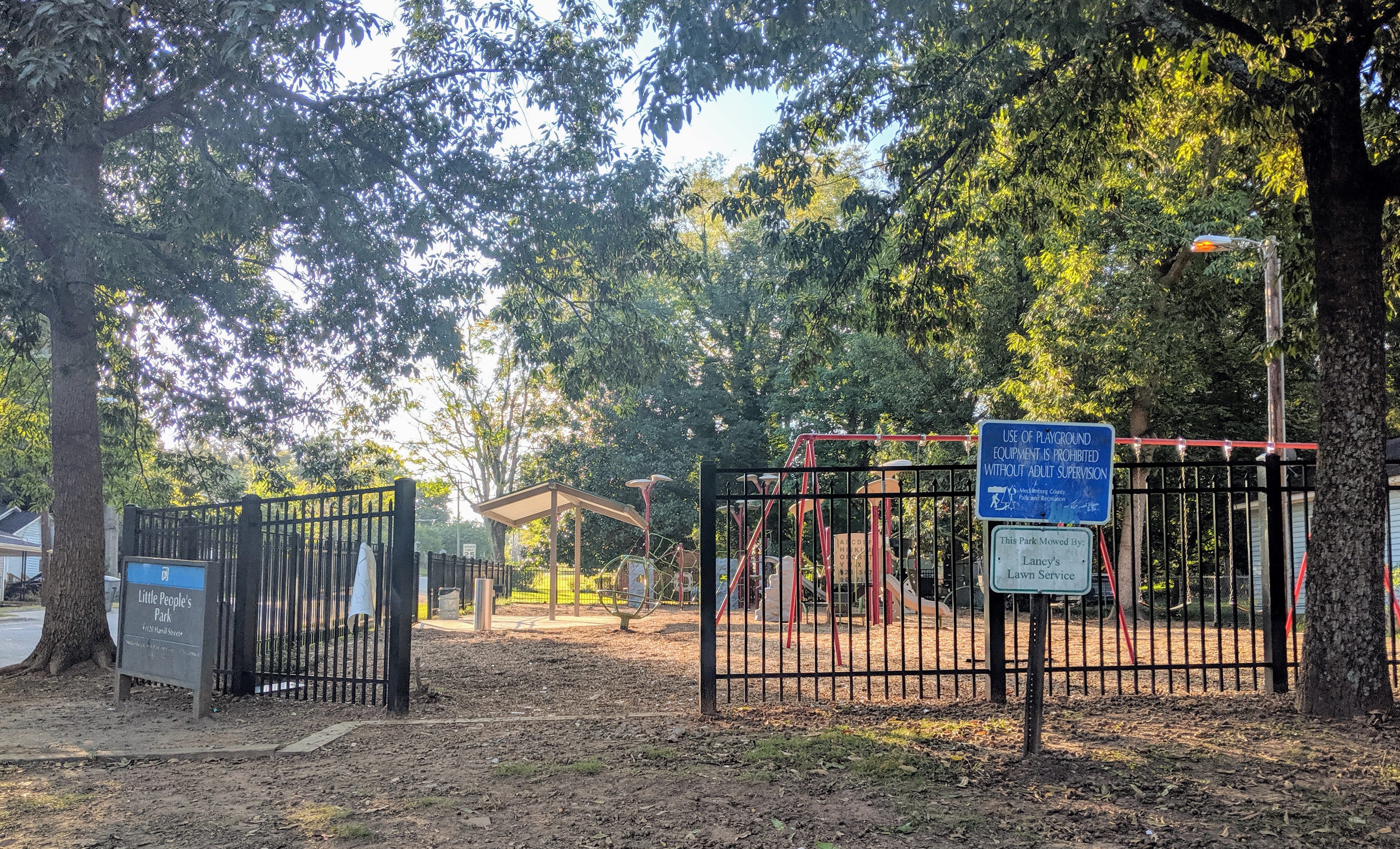 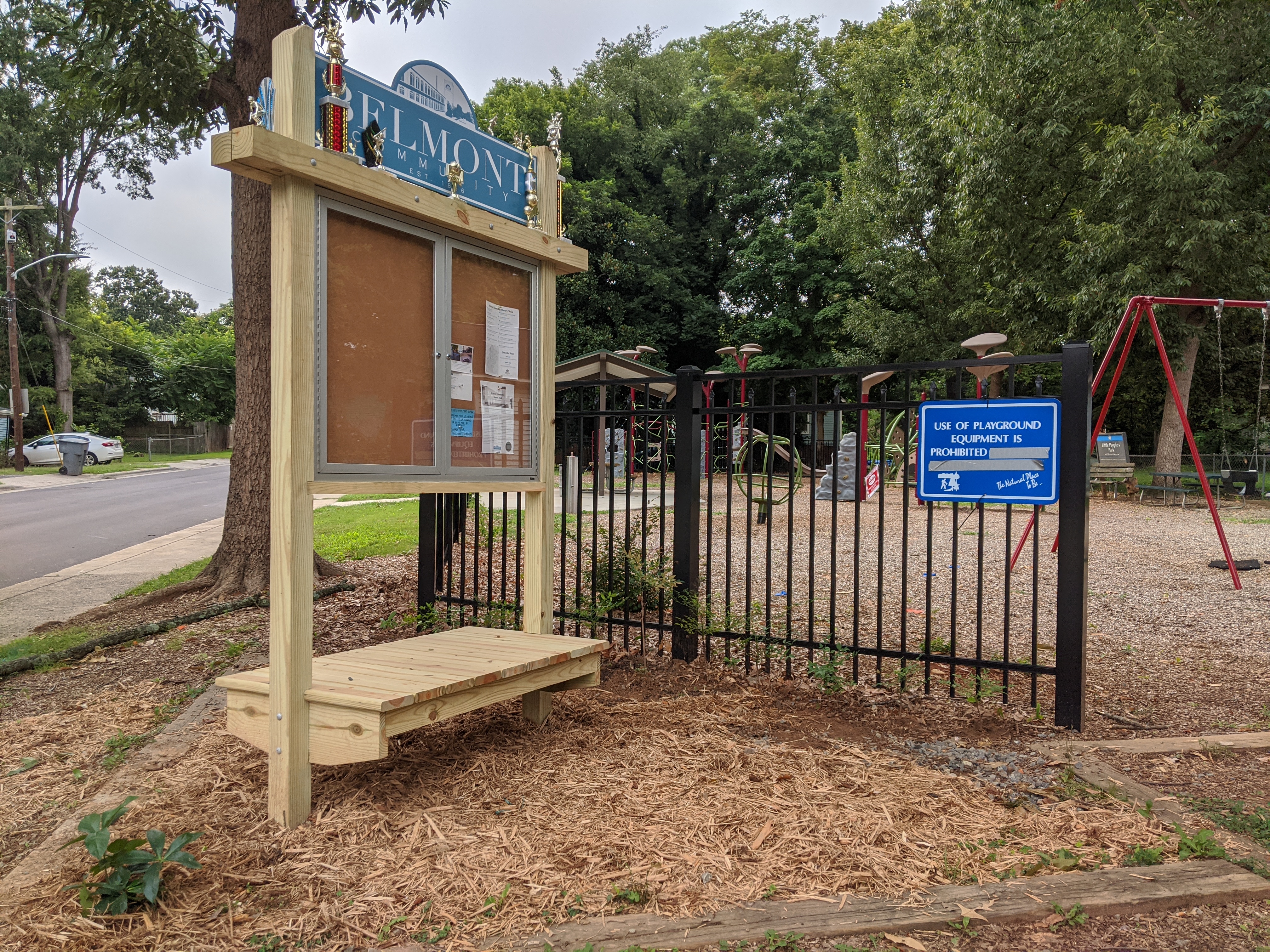 Begin walking south on Harrill Street for two blocks toward Belmont Avenue. You will pass Little Peoples Park on the left at East 15th Street and will then be in the former Belmont Springs neighborhood.

The parcels making up Little Peoples Park were conveyed to the City of Charlotte in September 1972. Mecklenburg County Parks and Recreation have a memo from February 1988 that mentioned houses and piles of brush being cleared to create the 1-acre park.

In 2019, the Belmont Community Association worked with Parks and Rec through a City of Charlotte Neighborhood Matching Grant to add a covered pavilion, picnic tables, grill, and message board.

Now, back to the start of Belmont Springs. By 1892, the Belmont Springs Company was making plans for developing a tract of land on a hilltop across Sugar Creek. In 1896, the company formally platted a nine-block area, with Belmont Avenue running through the subdivision's center. Low-lying land between Seigle Avenue and Sugar Creek at the western edge of the subdivision was shown on the plan as a tree-shaded park with a winding drive called McAden Avenue. In the park were the spring-fed branches that gave the development the name Belmont Springs.

Hello, thank you for your interest in the Belmont Community’s History Walk! Join us for a 2 and a half mile tour in one of Charlotte's oldest neighborhoods – the Belmont Community. On this tour, you will learn about three different eras of Belmont. First the mill village, then the post-Brooklyn neighborhood and disinvestment, and finally the reinvestment that started in the early 2000s.