The Nashua River Mural is a massive cerulean painting by Jon Allen. This 21-foot tall mural was completed in September 2014, located directly by the Nashua River itself. It was made as an homage to the history of the Nashua River, and Marion Stoddart’s major role in rallying the community to restore the river’s purity.

Photo by State of the Burbs 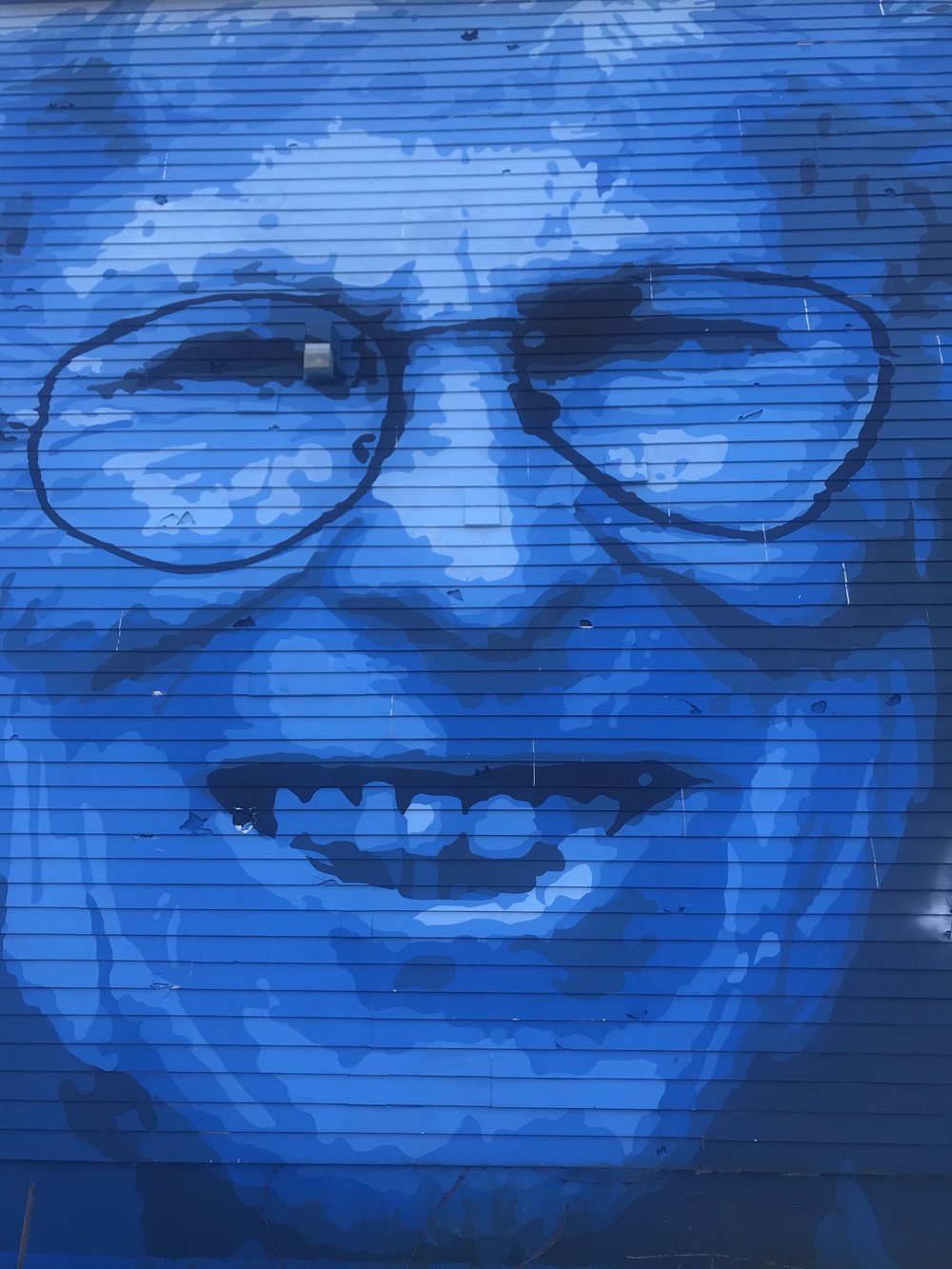 The Nashua River Mural tells the tale of the Fitchburg community’s perseverance and passion for the nature that blesses their town. This mural was unveiled at the 11th Annual Blacksmith Festival held at the Riverfront Park on Boulder Drive. The mural was created in August, 2014 and took a month to complete, standing at 156 feet by 21 feet. Jon Allen used various hues of cascading blues to represent the clean river we know today. Marion Stoddart’s portrait appears on the left side of the mural, while golden fish juxtapose the painted water to the right of Stoddart. The paint for the mural was donated by Aubuchon Hardware and the lift used during the production was provided by Grand Rental. According to Allen, “That’s the first project I’ve done on that scale.”

Stoddart, herself, is an activist and community leader born in May 1928. In the early 1960’s, because there were no laws regulating disposal of industrial waste, manufacturers usually dumped it into nearby rivers. The Nashua River was one of the top ten polluted rivers at the time. Through various and tireless efforts, in 1965 Stoddart was able to get the first anti-water pollution bill enacted in the United States. This was known as the 1965 Massachusetts Clean Water Act. She also founded the Nashua River Watershed Association, which aimed to protect all 174 miles of the Nashua River and its major tributaries.

Jon Allen, along with Sophy Tuttle, a visual artist from Lowell, Massachusetts, and Jerry Beck, a conceptual artist from Massachusetts and founder of The Revolving Museum in Lowell, were discussing ideas for a mural in Fitchburg. Beck recommended Stoddart. As Allen listened, sitting on a couch at Chaibo Coffee shop, he was looking at the back wall of Gamache’s Cyclery. Inspired by the history of the Nashua River and Stoddart, Allen chose to paint a mural on the back of the then Gamache’s Cyclery. The process of getting it from concept to wall started in June 2014, and with the help of the community we have the mural we see today. The building it is on is now known as Zeda’s Pizza and Restaurant on 65 Laurel Street.