When this was a working ranch, family members gathered in the dining room for meals, while ranch hands ate in the men's dining room in the north wing. In the 1870s, two Chinese cooks -- Ah Ying and Ah Fan -- prepared an early-morning breakfast, noon-time dinner, and evening supper for both the family and the ranch workers. The kitchen, which had a wood-burning stove, doubled as the cooks' living quarters (a bunkbed). It was in the space behind the gold curtain. During the 1930s renovation, when electricity and plumbing were added to the adobe, a modern kitchen was installed in the north wing (where the men's dining room had been) and the space adjacent to this dining room (where the former kitchen and cooks' quarters had been) became a butler's pantry. 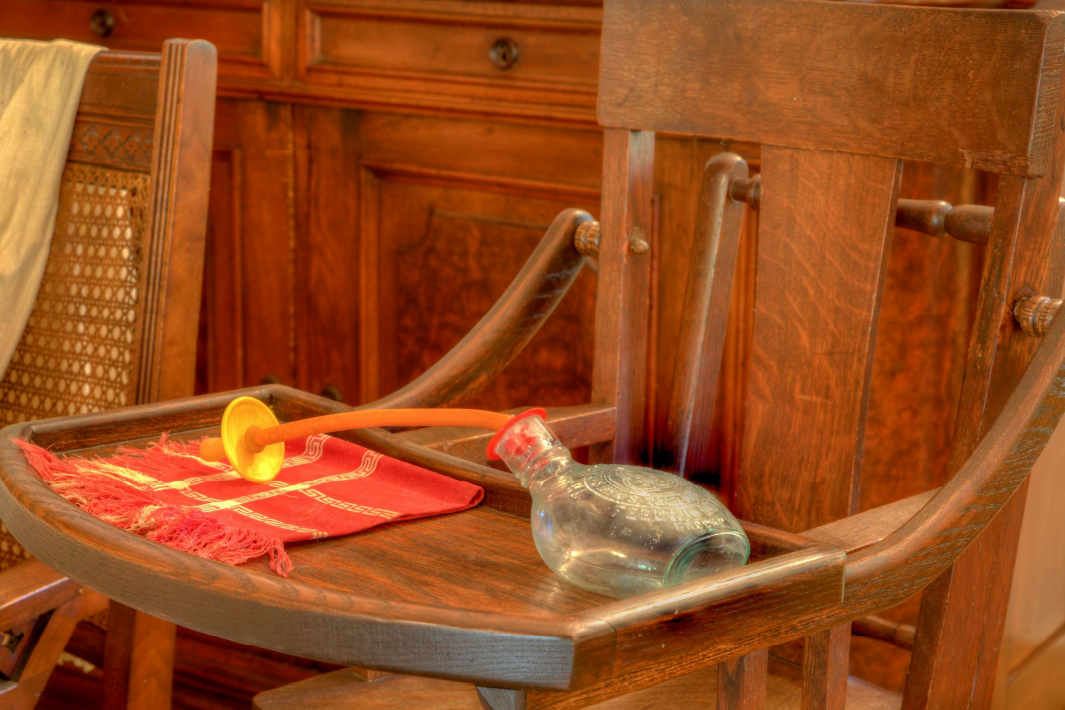 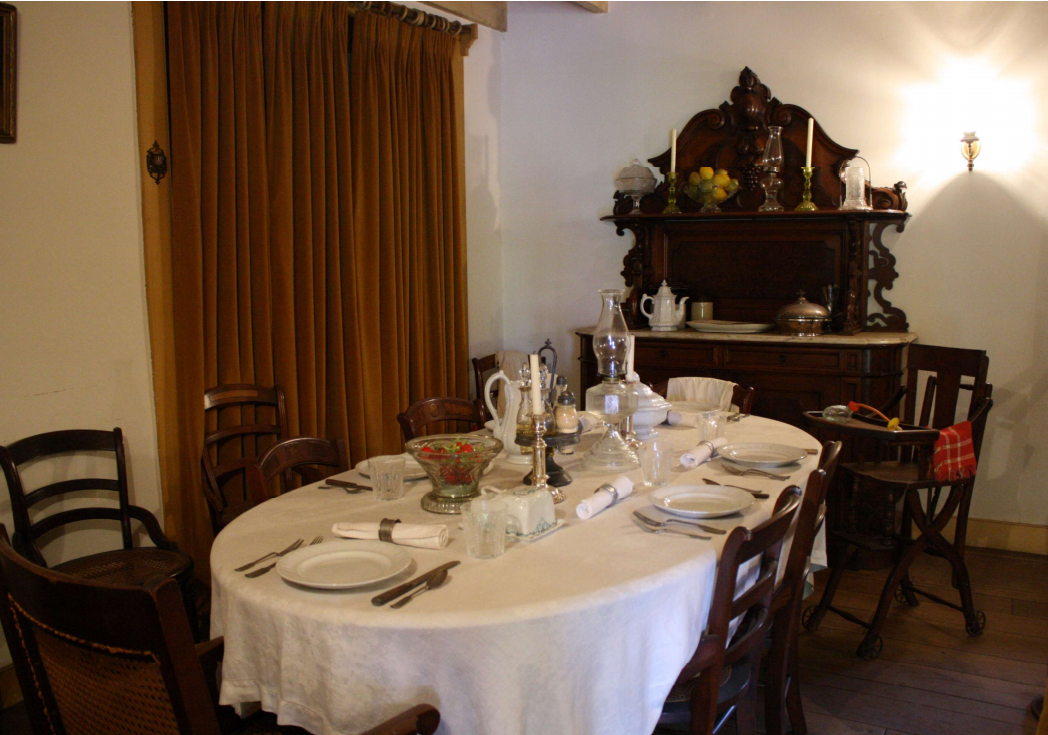 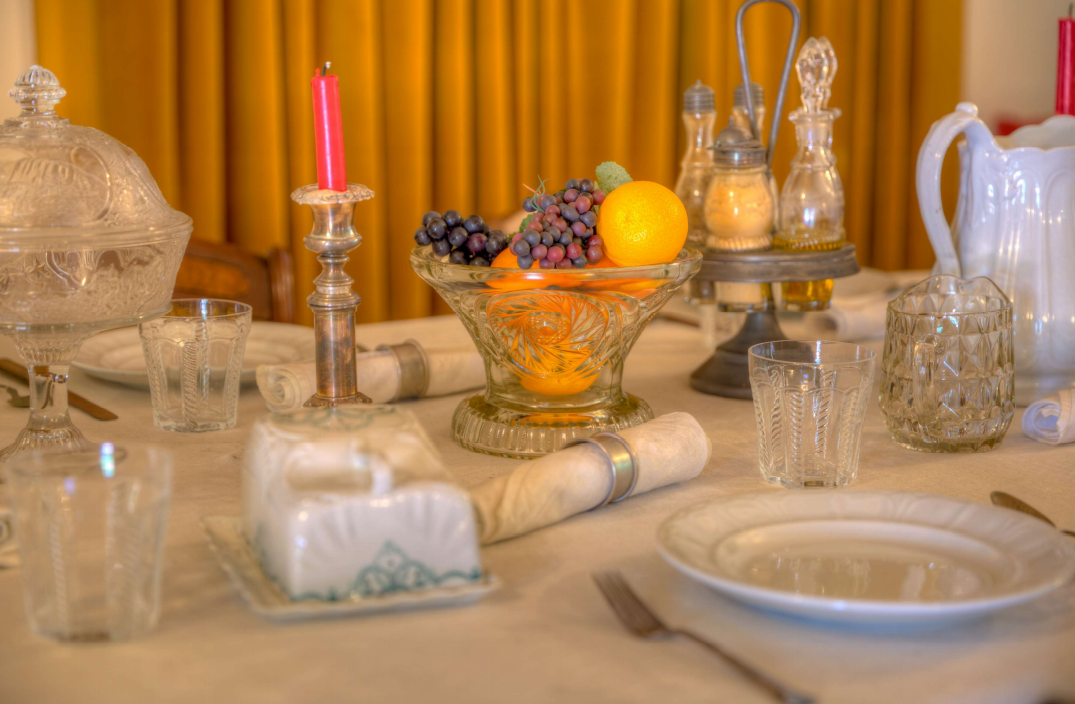 The table is set with dishes and silverware similar to items that have been excavated on site. The cruet set in the center of the table is filled with mustard powder, salt, pepper, oil, and vinegar to flavor the food. Candles and oil lamps were used during the evening meal, along with the white table cloth that helped reflect that light. Extra chairs -- and an extension added to the table -- allowed the family to welcome additional guests. Demonstrating Victorian-era technological ingenuity, the high-chair can become a stroller by shifting the lever on the back.

Throughout the nineteenth century, perishables like meat (mostly beef and mutton), fruit (including oranges, figs, pomegranates, and grapes from Temple's orchards), and dairy products (milk, butter, and cheese) were produced on the ranch. But getting them to the table for a meal began with butchering the livestock, harvesting the fruit, and milking the dairy cows. Rather than growing row crops at RLC, vegetables were purchased from a peddler, who made a circuit among the ranchos, and dry goods (like legumes, grains, coffee, tea, and spices) were purchased in bulk in Los Angeles.