At various points occupied by three different countries, France, Great Britain, and the United States, the history of Fort Niagara is long and spans more than three centuries. From 1679 until 1963, Fort Niagara was off-and-on used as a military post, each generation passing and leaving a new mark on the historic location. A visit today displays the rich heritage of the 18th-century building, the stunning views over which soldiers have looked for centuries, and, depending on the day, possible reenactments of historic events and times. The fort is National Historic Landmark and is listed on the National Register of Historic Places. Another historic structure here is the Fort Niagara Light, which was built in 1872 and located along Scott Avenue. It is also listed on the National Register of Historic Places.

This building, known as the "French Castle," was built in 1926 by the French. 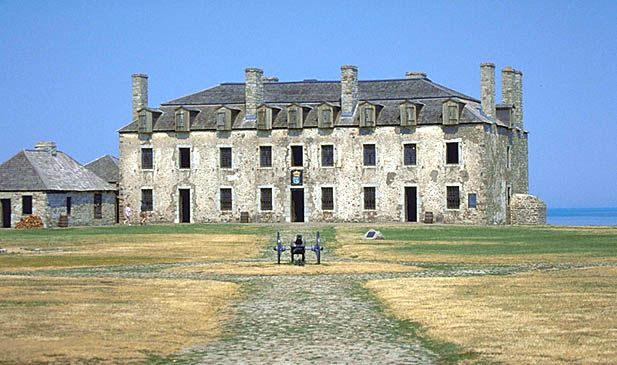 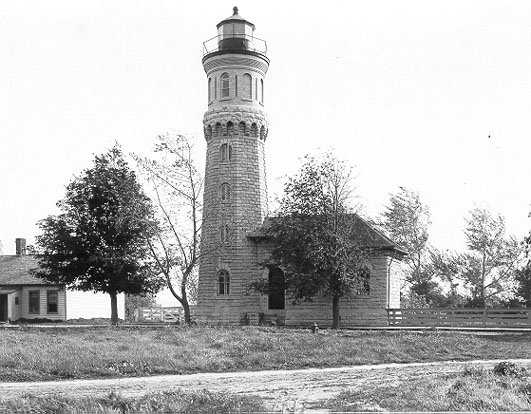 The French built the first structure on the location, named Fort Comti, in 1679. Its prime location at the mouth of the Niagara River was intended to allow the French to control the fur trade. However, that structure did not last long and was burnt down the same year for unclear reasons.

In 1687, the Governor of New France, the Marquis de Denonville, attempted yet again to build a new fort at the same site. The governor had been leading a military expedition to pacify the Iroquois and felt that maintaining a French presence at the site was critical. This second fort was named Fort Denonville.

Commanded by Captain Pierre de Troyes, the governor and all but 100 soldiers returned to Montreal for the winter. During the winter, however, the Seneca (westernmost of the Iroquois nations), responded to an earlier attack that year by Denonville. The nation laid siege on Fort Denonville, allowing soldiers to neither exit nor enter the fort again. Of the 100 men, all but 12 died of one or the combination of starvation, scurvy, or disease. The French did not winter at the fort again until it became Fort Niagara in 1726. During this time, the Iroquois maintained control of the area.

By the time the French were ready to reestablish a fort at the former site of Fort Denonville, the French and British had fought two wars: King William's War (1689-97) and Queen Anne's War (1702-13). In the Americas, the same rivalry fomented between the two colonial powers. Both also wished to gain control of the Great Lakes and its fur trade.

In 1725, the French held meetings with the Iroquois to gain permission to build "a trading house," which would be known as the "House of Peace" (a name meant to emphasize its nonmilitary purpose). Though the Seneca were the most against this measure, the five Iroquois nations gave their permission. The house was built, avoiding the appearance of a garrison, while also designed to withstand a battle, with quarters and a storeroom. It stands today, more commonly known now as the "French Castle."

By 1728, the French were more than firmly established at the new "Fort Niagara," as more buildings grew out of the original house. Both the British and the Seneca voiced their protests, but the French would successfully conduct their business from this fort for the next 30 years.

The "House of Peace," while fortified enough for Native American attacks, was largely unprepared for the French and Indian War, which would break out in 1754. At this point, the French had to contend with British troops. From 1755-56 Captain Piere Pouchot led French troops in fortifying the fort, so as to be able to resist British artillery, and increasing the fort size eight-fold.

In 1759, with the support of the five Iroquois nations, the British moved against Fort Niagara. On July 1, with 2,400 British soldiers, and about 1,000 Iroquois warriors, Brigadier John Prideaux surrounded Fort Niagara (which held only 600 men). On July 25, after 24 days of siege, the Captain Pouchot surrendered Fort Niagara to Brigadier Prideaux.

Remaining under British control all the way through to the American Revolution, Fort Niagara would again gain importance as a haven for British loyalists from the American colonies. The fort would become a critical base for "rangers" launching attacks on the colonies south of the fort. With the help of Fort Niagara, the British were able to keep the Great Lakes under British control throughout the war.

As the Revolutionary War ended in 1783, Fort Niagara fell under the territory of the new United States of America. However, it took until August 10, 1796 for the British to finally cede the fort over to the United States.