The Dr. Pepper Museum was founded in 1988. Dr. Pepper, believed to have been invented by pharmacist Charles Alderton, became available to the public in 1885. This museum is housed in an Artesian Manufacturing and Bottling Company building which was established in 1906 and located in Waco. The building is listed in the National Register of Historic Places as the "Home of Dr. Pepper."

The entrance to the Dr. Pepper Museum 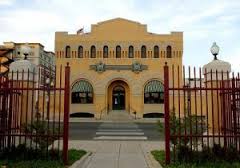 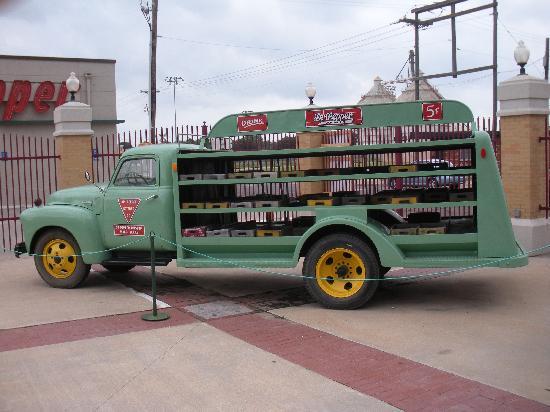 The iconic well that makes Dr. Pepper taste so good 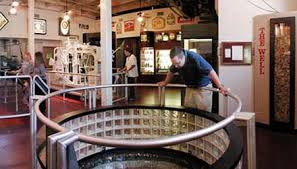 One of the logos for the Dr. Pepper Museum 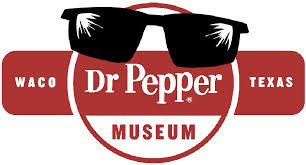 The first section of the museum 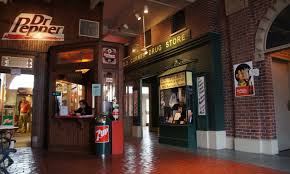 Morrison’s Old Corner Drug Store was the birthplace of Dr. Pepper. It is the oldest of the major soft drink brands in America. Charles Alderton, also known as Dr. Pepper, was a young pharmacist who worked at the drug store. Most of his time was spent tending to the medicinal needs of the people of Waco, Texas; however, in his spare time, he liked to serve carbonated beverages at the soda fountain. The smell was intoxicating to him. He enjoyed all the fruity, syrupy smells that created that aroma. With that, he hatched the idea to create a drink that tasted like that smell. Alderton kept a notebook documenting numerous experiments until he found that fruity syrup mixture he liked. In order to test it, he offered it to his store owner who then suggested to sell it to the people. Those who came into the pharmacy would order by saying “shoot me a Waco.” Morrison was also credited with naming the drink, but the museum has collected over a dozen different stories on how the drink became known as Dr. Pepper.

Consumers were going crazy over the newest addition to the soft drink world. Other fountain operators in Waco began buying the syrup from Alderton and Morrison, but that soon became a problem for the duo. Supplies became low at their own store leading to low production. Robert Lazenby, a young beverage chemist, took interest in this unique flavor.  Alderton was only interested in the chemistry, so he gave Lazenby and Morrison the go-ahead to develop further. The new soft drink was growing quickly. Lazenby and Morrison formed a new firm, the Artesian Manufacturing and Bottling Company, in 1891. This later became the Dr. Pepper Company. At the 1904 World’s Fair, Lazenby and his son-in-law introduced Dr. Pepper to the world. It was clear that it was going to be hit, so they moved from Waco to Dallas leaving their old building behind. The abandoned bottle company, located on Fifth Street and Mary Avenue, was now in a sad state of repair. At the turn of the century manufacturing district, Waco’s economic growth was stunted by the outbreak of abandoned warehouses. It was deemed a “blighted” city. The Waco Chamber of Commerce and the city of Waco hoped that the museum would catalyze the growth of the city, both commercially and industrially.

In 1988, the Dr. Pepper Company donated the historic building to the non-profit organization. Renovations began in 1990 and it was formally opened to the public May 11, 1991. However, there was only a small portion of the ground level open to the public. The Museum, over the next six years, set three additional construction phases in motion. Once it was restored to the curators’ liking, the next three floors were open to the public in May 1997. Additionally, the museum is home to the W.W. Clements Free Enterprise Institute. The institute, created in 1997, was a program that served to educate school children as well as adults about the economic system that underlies American life. It uses the soft drink industry as a model to teach them the about developing, producing, and marketing products. An exhibit on the life and business perspectives of W.W. Clements is located on the third floor of the museum. To make sure their mission statement is upheld, the museum employs a staff of professionals and educators that work with the Board of Directors. Its annual budget for operation is $500,000. This is derived from contributions from the Dr. Pepper Snapple Group, the Coca-Cola Company, and numerous independent soft drink bottlers. Other contributions come from memberships, admissions, and merchandise sales.

The Dr. Pepper Museum is listed in the National Register of Historic Places as the “Home of Dr. Pepper.” Today, all of the restorations and donations have made this museum flourish. It is also recognized as the only non-profit museum in the country dedicated to the entire soft drink industry.