In 1923 Fred C. Prichard, owner of Huntington, West Virginia’s stately Pritchard Hotel and several coal mines, had a vision. He, along with his wife, wanted to use their wealth to help provide “shelter and dignity to homeless children.” The result was the Prichard School, which was built in 1927 and is a Cabell County Landmark. The Prichards did not have children of their own so the school was their way to positively impact the lives of the many children in the community of Ona.

The Prichard School was built in 1923 and today is a private residence. 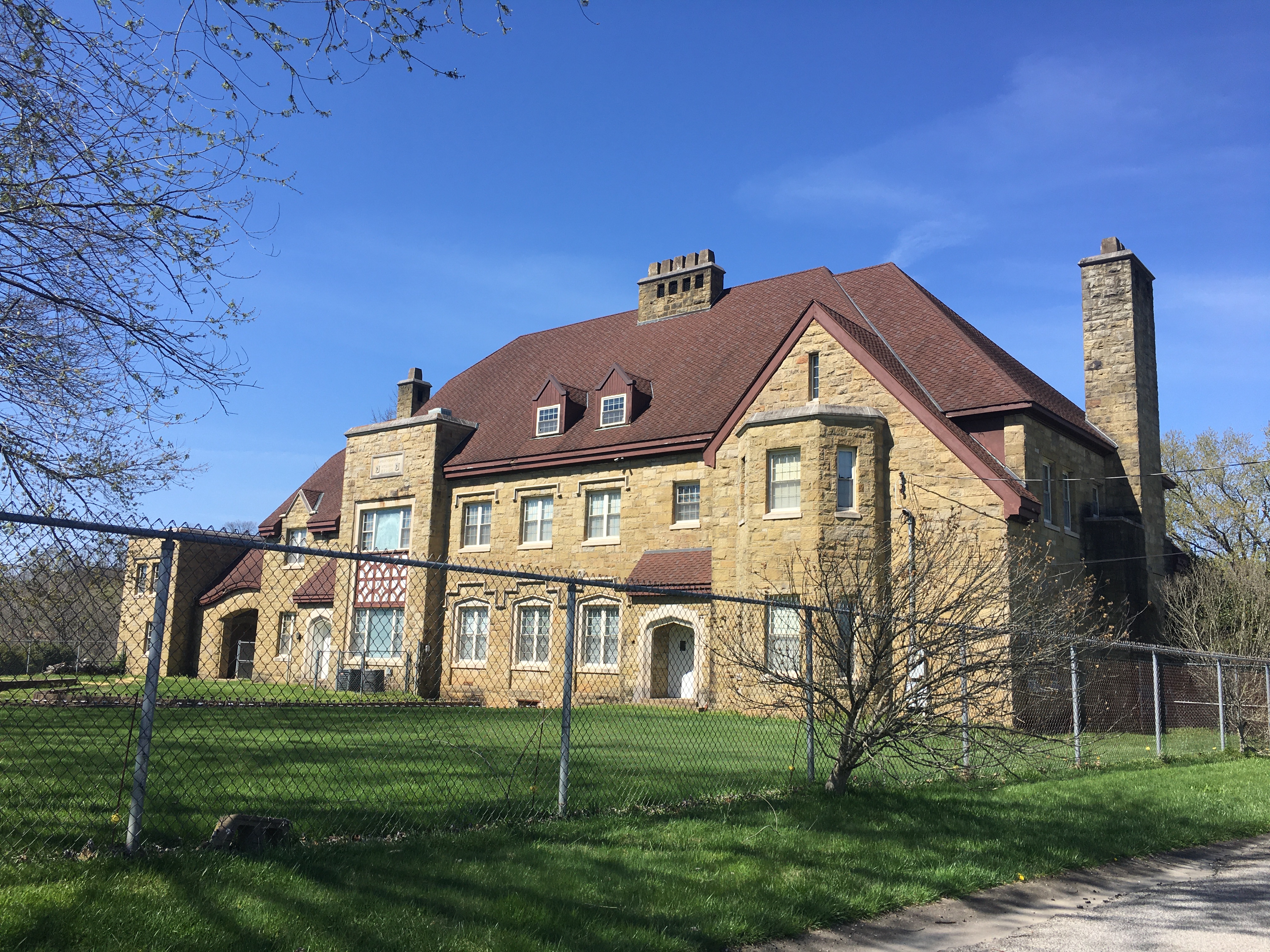 The school is located about three miles north of Ona and is not open to the public. 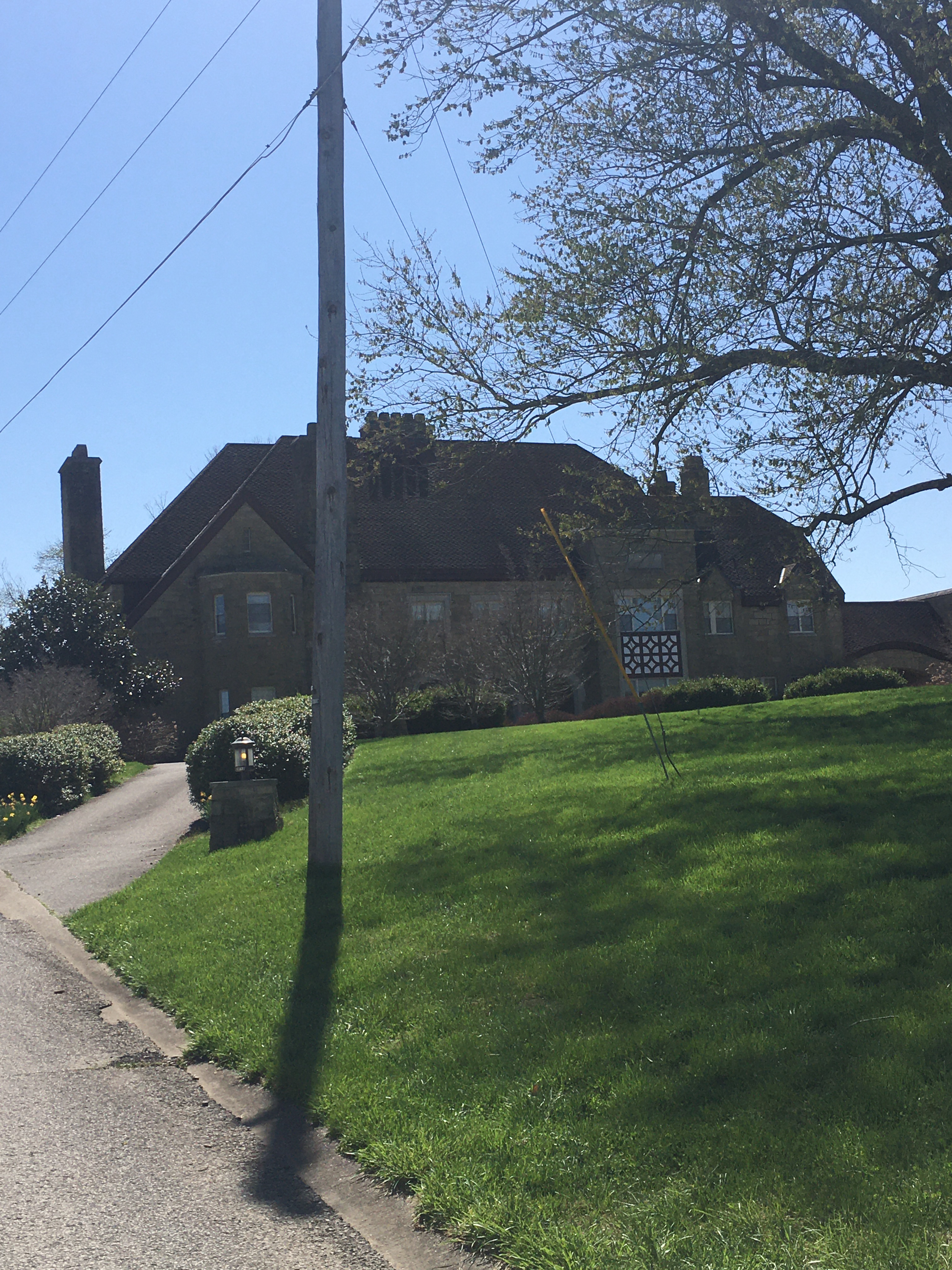 The process of opening a school began on a summer vacation to Montreat, North Carolina in 1923. It was here that Mr. Prichard met two motivated young women who had opened a small restaurant and it was on the front porch of that establishment that he shared with Miss Kathleen Kennedy and Miss Louise Ash his dream of helping children. Providence met on the porch that day because this was the same vision of the two enterprising young ladies.

Arriving back in West Virginia Mr. Prichard set about at once to see his vision to fruition. He soon purchased 650 acres of land on the Mud River near Ona, WV and began laying out his vision of a self-sufficient enterprise that would include not only a school but a large dairy farm of the best Guernsey cows. Local carpenters and craftsmen were hired and others brought in to construct the school that some say was modeled after the great Biltmore Estate. There were no public electric utilities in this area at the time so Mr. Prichard purchased two acres of land at nearby Howells Mill, the site of an early 19th-century grist mill, converted it to run generators and supplied electricity to the school and the dairy barn. Sandstone was quarried from a nearby hill and in 1927 the beautiful structure was ready to be opened.

Sadly Mr. Prichard’s dream lasted only a short while. The stock market crash of 1929 caused him great financial loss. His hotel in Huntington had to be sold and he could no longer support the welfare of the children at his school. A cousin of Mr. Prichard, local citizens and churches did what they could to help keep the school open and operating out of its beautiful facility. Through these efforts and much hard work the school survived the depression years but by 1942 financial hardship forced the sell of the property and the children had to move into a much smaller home. The two teachers originally hired by Mr. Prichard continued to teach and take care of the children and the Pilot Club of Huntington contributed finances and resources. The school continued to operate until 1966 when the last remaining residents of the school were transferred to Davis-Stuart Children’s Home in Lewisburg, WV.

The stately hand-cut stone building remains standing today as a community landmark and the remaining legacy of one man’s dream to make a difference in the lives of needy children.

Beckett, Harry. " Sheaves of Loving Care: A History of the Prichard School." Cabell County Doors to the Past. Accessed April 8, 2015. http://cabellcountydoorstothepast.com/history/prichard.htm.