This is a contributing entry for Thurmond, West Virginia and only appears as part of that tour.Learn More.

The Hotel Thurmond was built at this site in 1891 as a simple frame construction. It contained twenty-five guest rooms and was the first lodging business to operate in Thurmond. Its role servicing those arriving by rail was evident in its placement directly abutting the tracks. In 1901, Hotel Thurmond was replaced with the Lafayette Hotel — pronounced “lay-flat” by locals. The Dun Glen Hotel, the first major hospitality competitor in Thurmond, was also completed in 1901, making it likely that the Lafayette was a response to the erection of the Dun Glen. The Lafayette boasted thirty-five guest rooms, seven bathrooms, steam heat, and four hundred electric lights. The ground floor also operated as a storefront for several businesses, including Thurmond’s post office. However, these amenities still paled in comparison to the one hundred guest room Dun Glen and its reputation for epicurean extravagance. The Lafayette outlived the Dun Glen, which burned to the ground in 1930. However, the Lafayette was subjected to the same fate when a 1963 fire ravaged the building and adjacent Armour and Company Wholesale Meat Plant. No trace of the Lafayette Hotel remains and the plot of land has sat empty for almost sixty years. 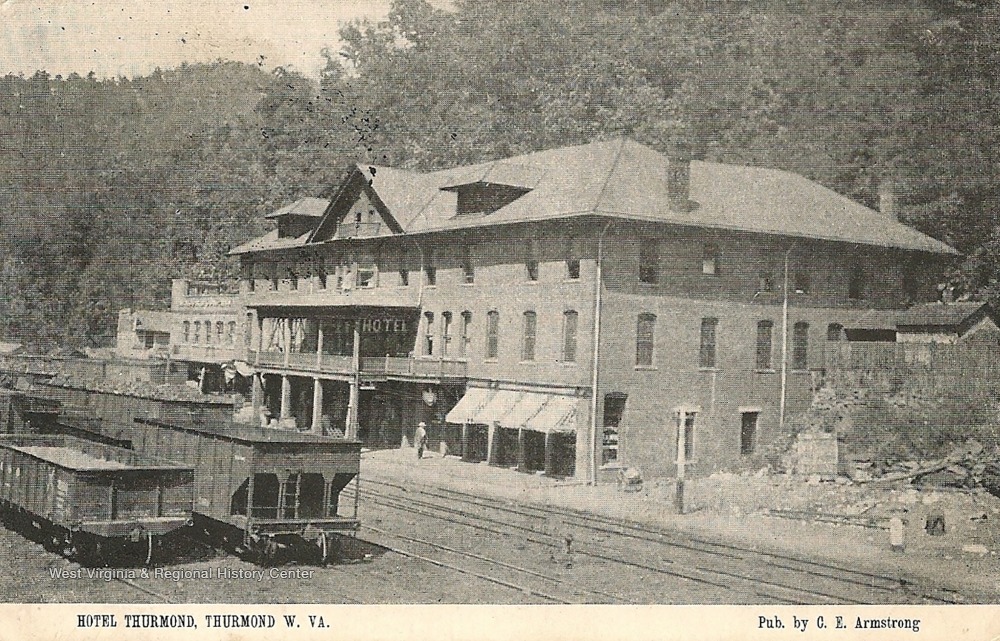