The St. Louis Science Center, located near the southeast corner of Forest Park, combines what was originally two completely separate institutions: the Museum of Science and Natural History, founded by The Academy of Science of Saint Louis in 1959, and the James S. McDonnell Planetarium, which first opened in 1963. (The two institutions merged in the mid-1980s.) The center's primary mission has been to educate schoolchildren about the mysteries of the universe. Featuring 700 interactive exhibits, it has been called one of the top science centers in the country and one of only two that offers free admission. Around 1.2 million people visit the museum annually. In addition to the Planetarium, the center offers the OMNIMAX® Theatre, a large format, 70mm film projection system, and various permanent exhibitions.

The St. Louis Science Center is considered one of the best science museums in the country. 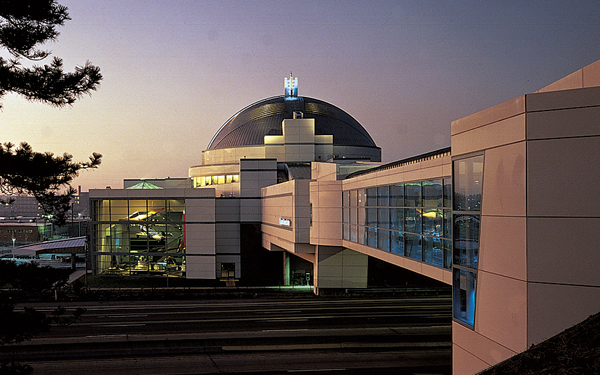 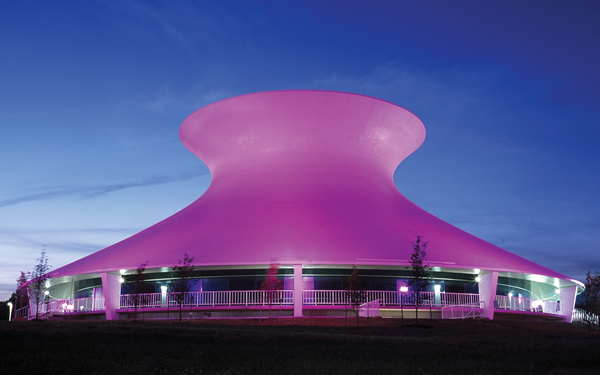 A view of the bottom floor at the Center 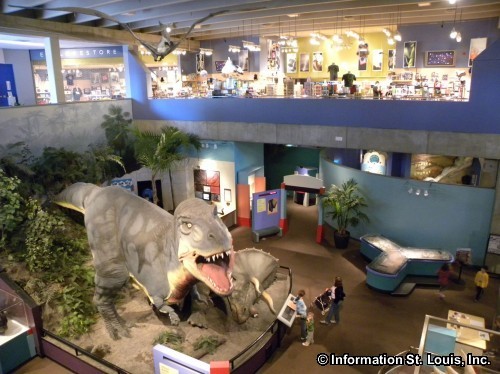 The Life Science Lab at the Center 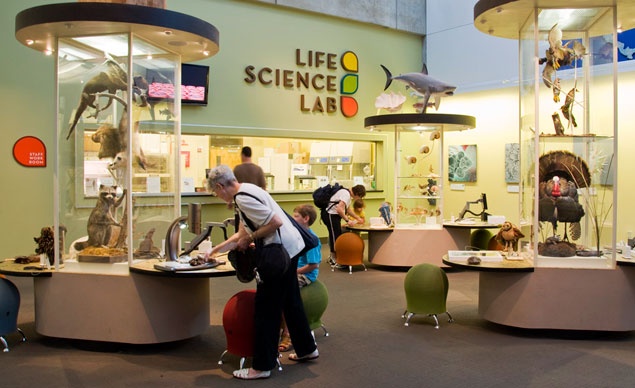 The roots of the St. Louis Science Center ultimately reach back before the Civil War. In 1856, the Academy of Science of Saint Louis, the first scientific organization west of the Mississippi, was founded. Its members displayed personal collections and published scientific papers for over 100 years. In 1959, the Academy founded The Museum of Science and Natural History. The museum was originally located in Oak Knoll Park in Clayton, MO.

Meanwhile, in 1955, a municipal bond issue approved $1 Million to build a planetarium in St. Louis, which opened on April 1, 1963. The following year it was named The James S. McDonnell Planetarium after its primary benefactor. The building was designed by then-unknown architect Gyo Obata of Hellmuth, Obata and Kassabaum (he later designed the National Air and Space Museum). It is a hyperboloid structure of poured concrete, no more than 3½ inches thick at its widest point. The planetarium opened during the period of initial space exploration (during the Mercury and Gemini missions) when enthusiasm about space flight was at its peak. In 1983, a city proposal was passed both to save the planetarium and combine it with the already existing Museum of Science and Natural History, which was then moved from Clayton to St. Louis.

The current $34 million main building opened on November 2, 1991, and the St. Louis Science Center is now widely considered one of the top five science centers in the United States. It contains more than 700 exhibits spread out over several buildings. At the bottom level of the main building, there are life-sized, animated models of a T-Rex and Triceratops. Among the permanent exhibitions it offers are: Ecology & Environment, which explores tornadoes, earthquakes and paleontology; Cyberville, which includes a Laser Harp (using light instead of strings to make music) and a 3D Design Studio to create your own 3D animation; and the Life Science Lab, which includes the Pacific Coral Reef aquarium and a Vital Science exhibit. The OMNIMAX® theater, a large format film projection system, currently offers the following shows: “Journey to Space,” “Humpback Whales” and “Mysteries of the Unseen World.” (Please note that, though admission to the main building is free, some features within the center are subject to an admissions charge, such as the OMNIMAX® theatre, the Discovery room for children, the Boeing Space Station and special traveling exhibits.)