Originally housed in the former Hunter Creek Power plant building, which was constructed in 1888, the Aspen Art Museum is a non-collecting, contemporary art museum. It focuses primarily on art created by international artists. In addition to its exhibitions, the museum offers classes, workshops, lectures, film showings and other programming. 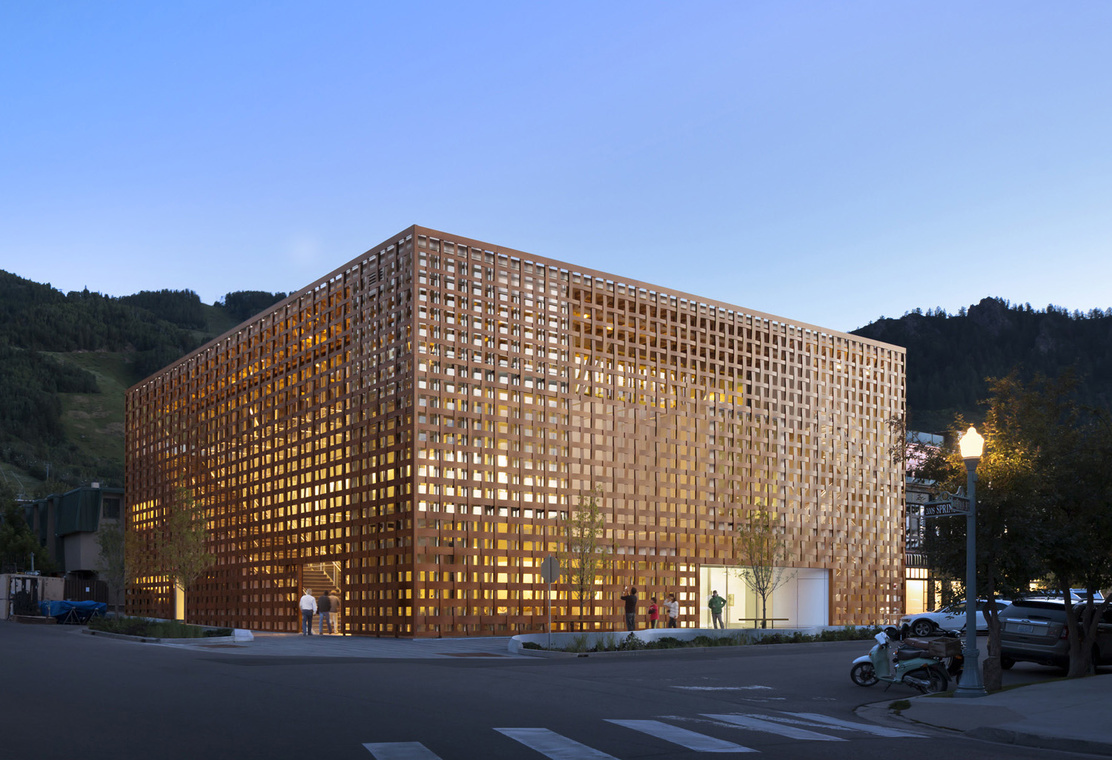 The museum opened in 1979, a few years after the city acquired the property to save and use it as a visual arts center. It changed its name to the current one in 1984. By 2005, the number of visitors, students and the budget increased significantly and it was clear that a new building was needed. The museum hired renowned architect and Pritzker prize winner Shigeru Ban to design the new building, which was completed in 2014 (it took time to raise funds to buy the property and finance the construction of the building).