Its original buildings constructed between 1930-1940, the Pueblo Zoo is located in the Pueblo, Colorado. It sits on a 30 acre site in the southwestern part of Pueblo City Park. It has 420 animals comprising of 140 species that are housed within several exhibits: Serengeti Safari, North American Grasslands, Colorado Wetlands, the Australian Outback, World of Color (the birdhouse), and Asian Adventure. There is also an area called Pioneer Ranch, where visitors can look at animals found on a typical farm. The original buildings, situated in the historic district of the park, are listed (as one entity) on the National Register of Historic Places. The zoo is accredited by the Association of Zoos and Aquariums. 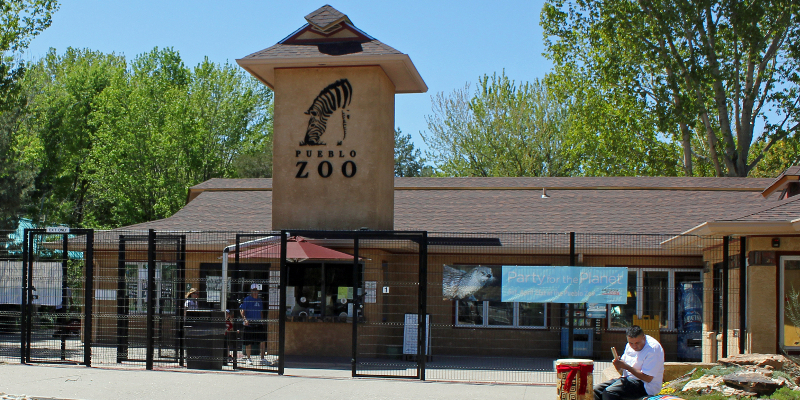 Animals were on display as early as 1900 in three parks, including Pueblo City Park. They were moved to Pueblo City Park in the 1920s on a 25 acre site (as mentioned above, the zoo has grown has grown since then). The original buildings—the Monkey Moat, Aviary, Bear Pitts, and Animal House were constructed in the 1930s by the public works programs which were put in place by the federal government to give people jobs. The zoo has added buildings and other structures since then.