Quinnimont is the oldest European settled town in the New River Gorge, the first town to ship coal on the Chesapeake and Ohio (C&O) Railroad, and one of the most significant historical coal towns in the area. Though Quinnimont was settled by Jacob Smith in 1827, it did not economically take off until the 1870s, when Joseph Beury invested in the town. A number of workers and miners from a variety of ethnic and racial backgrounds were recruited to work in the new coal camp. Despite this, the town was intentionally segregated ethnically and racially. At its peak, Quinnimont had a general store, post office, baseball diamond, hotel, jail, boarding houses for railroad workers, and two schools and two churches — one each for white and Black residents. There is also a large granite monument to Joseph Beury above the town. The mines operated until the 1950s. No businesses or economic opportunities remain in Quinnimont, though the town is still sparsely populated and CSX, the successor of the C&O railroad, maintains an active rail yard in the town.

The iron furnace at Quinnimont, which was the first industrial activity in the area and operated from 1870 until 1873. 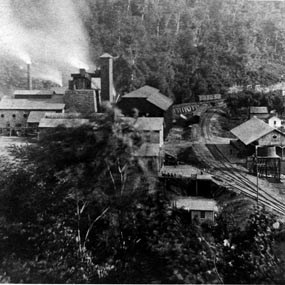 Joseph Beury was Quinnimont’s economic driver. He was frequently known as “Colonel Beury” thanks to his Civil War service, though he was actually a captain.

The Beury Monument was erected in 1921 to honor Beury. The large obelisk is twenty-five feet tall and weighs fifty-five tons. 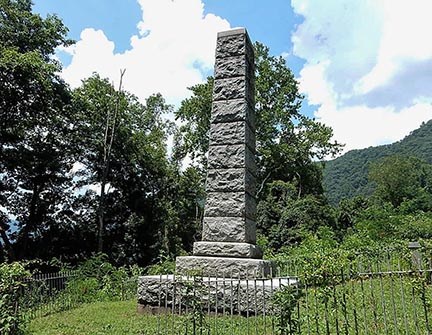 Quinnimont’s coal camp used scrip, like this coin from the town, which could only be redeemed at company owned stores. This prevented workers and miners from seeking better economic conditions elsewhere. 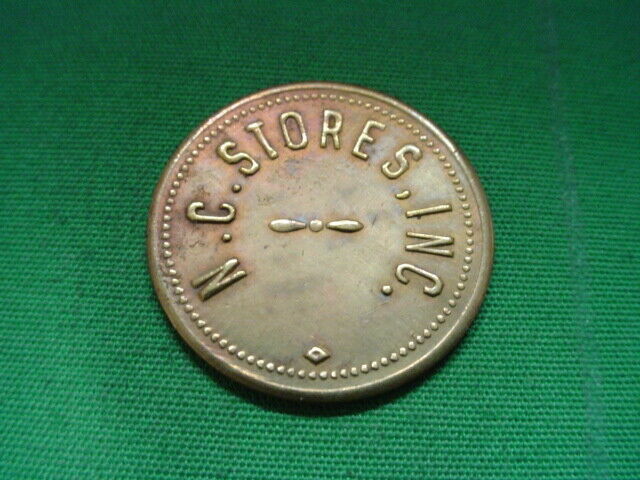 The Quinnimont Missionary Baptist Church held services for Black workers and miners in the segregated town. 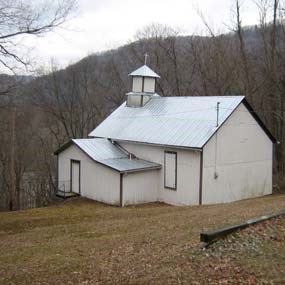 Quinnimont’s C&O station in 1956, just a few years after the mines shut down and the town's population plummeted. 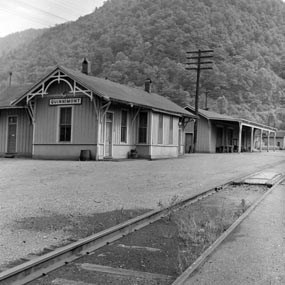 Remains of the now one hundred fifty year old iron furnaces can still be seen. 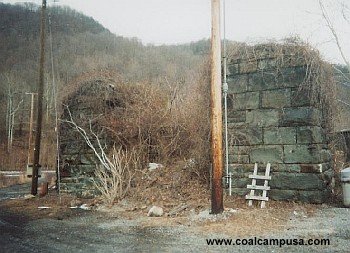 The Quinnimont rail yard is still active and operated by the C&O railroad’s successor, CSX. 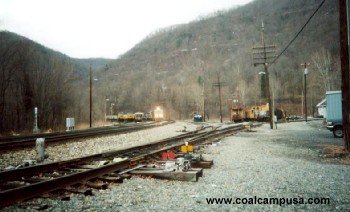 Quinnimont is the oldest European-settled town in the New River Gorge. Jacob Smith first began subsistence farming there in 1827. He named the town Quinnimont after the five mountains that surround it — in French, quint means five and mont means mountain. Smith’s town, if it can even be called that, expanded only slightly over the course of the twentieth century. It was not until the arrival of industrialization in the New River Gorge that Quinnimont truly boomed. The Quinnimont Charter Oak and Iron Company were the first to realize the potential of the area when they built an iron furnace in 1870. However, this furnace only operated for three years. The true catalyst for Quinnimont’s growth was the arrival of Joseph Beury in 1872.

Joseph Beury was born in Pennsylvania in 1842. He served as a Union captain during the Civil War before returning to his home state to help his father run anthracite mines. After just a few years, Beury set out on his own and found himself in the New River Gorge as whispers of its importance were beginning to circulate. Beury recognized that the fertile soil, convenient location near the under construction Chesapeake and Ohio (C&O) Railroad, and relatively flat area made Quinnimont the perfect place to found a coal camp. He created the New River Coal Company and immediately began recruiting workers and miners. When the C&O was finished in 1873, the New River Coal Company was already prepared to begin shipping coal. In fact, the first load of coal to leave the New River Gorge came from Quinnimont.

Around the turn of the twentieth century, the population of Quinnimont peaked at about five hundred residents. The workers and miners who comprised the town hailed from a wide variety of ethnic and racial backgrounds. Many miners were white immigrants from the United Kingdom, Italy, or Poland. Black African-Americans were recruited from the South. Most of Quinnimont’s Black miners were recently emancipated slaves and there was little incentive for them to stay in the South where their economic prospects were far more limited. The houses in Quinnimont were constructed by the coal company and strategically segregated in ethnic and racial clusters. The goal of this system was to keep workers isolated, so there was less risk of unionization. In addition to this less formal segregation, there was also enforcement of formal segregation between whites and Blacks. This meant that the town had two churches and two schools. Despite the inherent segregation in Quinnimont, there seems to have been relatively little conflicts between different ethnic and racial groups. This was in large part due to the necessity of cooperation and reliance on each other in the mines. As one coal miner said, “We are all Black at the end of the day when we come out of that hell hole.”[1]

In addition to the segregated schools and churches, Quinnimont also boasted a general store, post office, baseball diamond, hotel, jail, and boarding houses for railroad workers. Almost all of these businesses were owned directly by the coal company. Miners in the camp were issued scrip, which could be used similarly to regular money at the facilities. However, this system effectively prevented workers in the town from seeking economic opportunities elsewhere, as their payment and savings were only good in Quinnimont. Another structure was erected by Quinnimont residents in 1921, though it provided no direct services. This still standing construction is a twenty-five foot tall, fifty-five ton granite monument to Joseph Beury. $30,000 was paid for its construction. Found a little ways up the hill from the railroad tracks and river, the Beury Monument celebrated the business achievements of Joseph Beury, the first owner of Quinnimont’s coal industry. Though Beury owned Quinnimont for only a few years, he later went on to become one of the most prolific coal mine operators in the New River Gorge. Beury died in 1903.

Unlike many coal towns in the New River Gorge, Quinnimont remains occupied today. However, the population has dropped dramatically, and the town is a shadow of its former glory. The mines closed in the 1950s and with them went much of the economy in Quinnimont. The businesses have all closed, the churches and schools are no longer in use, and the Beury Monument is overgrown. Even the post office closed its doors in 1997. However, many of the buildings are still standing and have been restored or stabilized by the National Park Service. In addition, the CSX railway, formerly the C&O railway, continues to maintain an active rail yard at Quinnimont. As the New River Gorge’s earliest settlement and earliest mining camp, Quinnimont is a bastion of coal industry history.