The Grand Prismatic Spring is one of the most unique springs in the United States. It is located inside of the Yellowstone National Park in Wyoming. This spring features a beautiful rainbow of color that is caused by pigmented bacteria that reside on the outside of the spring. In different seasons, the Grand Prismatic Spring can be many different colors, because of a change in temperature. The center is extremely hot and can be described as a boiling lake.

The Grand Prismatic Spring is so colorful thanks to pigmented bacteria that reside around the edges. 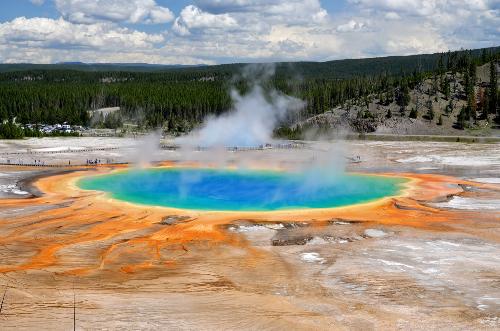 This is an overhead view of the spring. The middle of the spring is blue because it is so hot, the water becomes pure. You can see the path where people can walk and get up close to it. 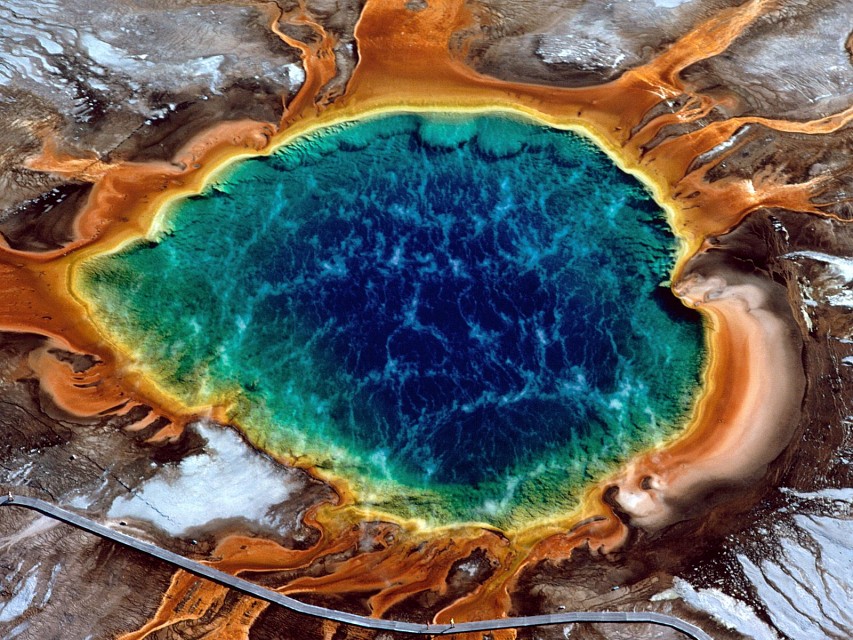 The Grand Prismatic Spring is located within the Midway Geyser Basin in the park. It is the park's hottest spring, at a temperature of 147-188°F, and is the largest spring in Yellowstone.1,2

This spring was discovered in 1839 by European explorers who were members of the American Fur Company. For obvious reasons, they called it the "boiling lake." A second expedition, the Washburn-Langford-Doane Expedition, carefully documented the spring and the area around it.

As noted above, the bacteria can only survive on the outside rim of the spring because the water is too hot for them to live in the middle of the spring. Chlorophyll is what makes the bacteria colored, and different temperatures cause the color to change. The yellow bacteria band lives under harsh conditions and changes colors in the spring and winter-a blue-green color. The orange band represents water that is a little cooler, at around 149 degrees F. The outermost band is 131 degrees F, which is the coolest and is reddish-brown in color, which makes it almost look like lava.4