The Looff Carrousel is a historic carousel located in Riverfront Park in Spokane, Washington. Designed and built by artist Charles I.D. Looff in 1909, it has been in operation for over a century (except for a period between 1967-1975) and has been ridden by well over 100,000 people. It is one of the country's best-preserved carousels. It has 54 horses, 1 giraffe, 1 tiger, 2 Chinese dragons, and 2 chariot benches—all of which carved by Loff, who also constructed the rest of the carrousel. It was listed on the National Register of Historic Places in 1977. 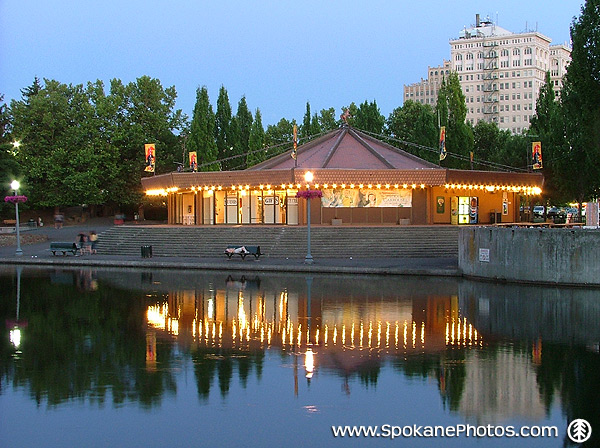 A few of the horses on the carousel. Since they face the public as the carousel turns, the right sides of all of the carvings are more ornate than the left sides. 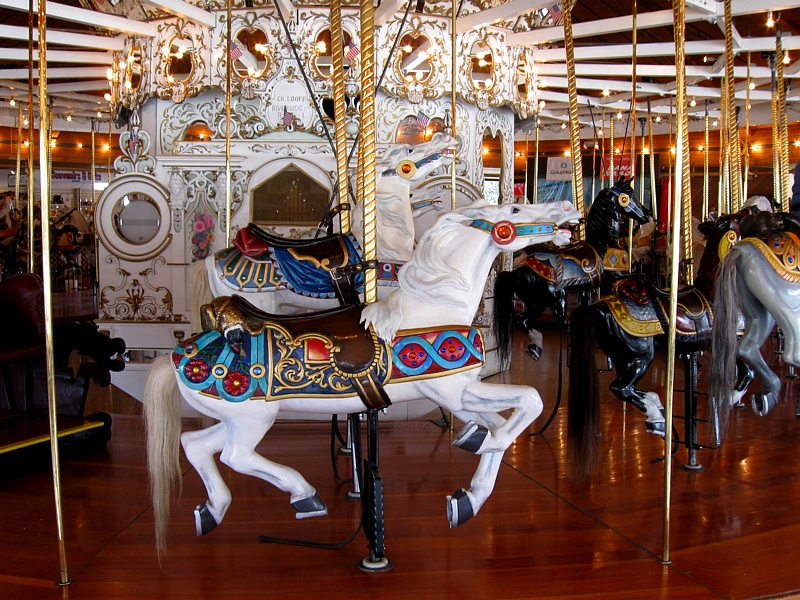 An image of Charles Looff 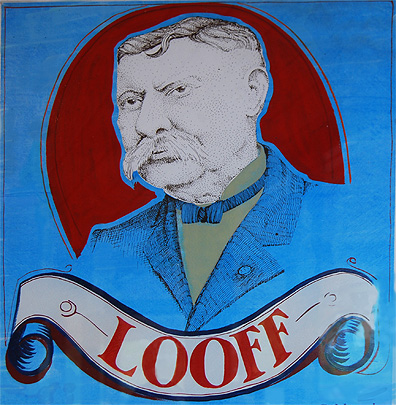 This carousel has been entertaining residents and visitors since 1909 when it opened at Spokane's Natatorium Park. At that time it was managed by the Washington Water Power Company, which had constructed cable cars that spanned the Spokane waterfalls at the park. The company was looking to increase the ridership so they accepted Looff's offer to build a carousel. The company agreed to allow Looff's daughter Emma and her husband to operate that carousel in return for a portion of the profits.

The carousel became very popular and when Natatorium Park closed in 1967, the carousel was put in storage with the goal of returning to active use. It reopened in Riverfront Park in 1975 and remains one of the most popular attractions at the park.

The park is generally open from 10am-5pm. Check the calendar on its website or call for exact times.