This Victorian mansion was built in the 1890s, and its beautiful oak interior houses more than 25,000 items related to the history of the region. Exhibits trace the history of southwest Virginia “from the pioneer era of the 1700s to the mining "boom and bust" era of the late 1800s. While most of the items are local to the region, the museum also includes a number of items from around the world, such as fine china that that was given by Queen Victoria to Prime Minister Benjamin Disraeli.

The Southwest Virginia Museum is located high atop Poplar Hill, with mountains all around. 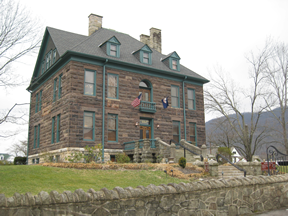 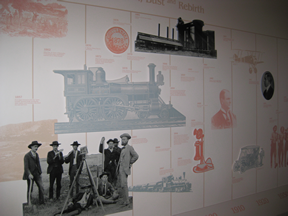 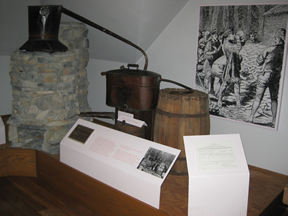 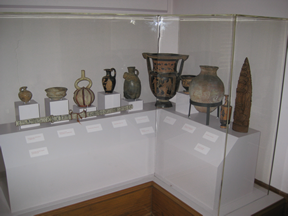 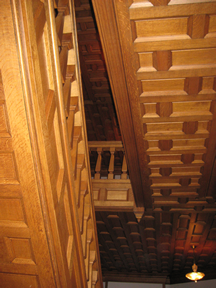 The house was designed and built up by Charles A. Johnson, who used sandstone and limestone that was taken from local quarries and chiseled by hand. The interior features native red oak with hand-carved features along the doors and windows. The mansion is listed on the National Register of Historic Places.

The house was built in 1888 and completed in 1895, and was home to Virginia Attorney General Rufus A. Ayers. In 1885, Ayers joined John Imboden, Charles Sears, George Carter, and John Taggart in an effort to turn Big Stone Gap into the “Pittsburgh of the South." Owing to the area's iron ore and coal deposits, these men believed that they could develop the sparsely-populated region, but the costs of development and a severe recession limited their ability to attract other investors and support from leading financiers.

In 1929, this historic house was purchased by Lee County native, C. Bascom Slemp, who served many years in Congress. Slemp and his sister, Janie Slemp Newman collected historical artifacts and opened their collection to the public in what was once known as the Janie Slemp Newman Museum. C. Bascom Slemp died in 1943, and three years later, the home was acquired by the state to serve as a museum. Today, the museum is managed by the Department of Conservation and Recreation.