The Yale Collection Musical Instruments carries the proud role of being one of the premier museums in the United States featuring a massive variety of instruments from all cultures and periods. As one of the foremost curators of musical history, this Yale institution acquires, preserves, and exhibits musical instruments from antiquity to the present. Although museum-goers can discover the wealth of human musical history here, the Collection takes it one step further by also featuring restored examples in demonstrations and live performances. Including keyboards, strings, winds, percussion, and hundreds of non-Western instruments, the Yale University Collection of Musical Instruments holds more than one thousands objects in total. 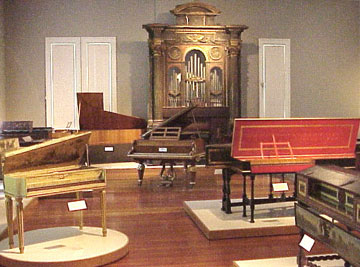 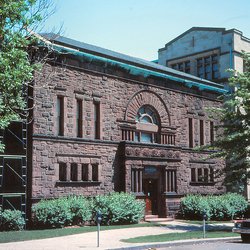 Examples of wind and string instruments on display 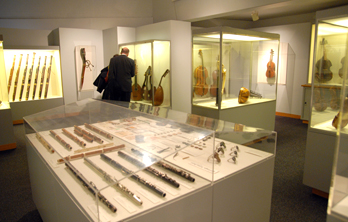 It wasn’t until the 1960s and ‘70s that the Collection truly took form. The first major acquisition came in 1960 from the renowned Belle Skinner Collection, while the second acquisition came in 1962 from the Emil Hermann Collection. These two acquisitions established the Yale Collection as one of the world’s most important repositories of musical instruments, a role it still has to this day. Because of the growth and newfound esteem, the Collection moved from under its space in Woolsey Hall to its present location within a beautiful Richardsonian Romanesque building on Hillhouse Avenue. From the 1970s and onwards, the Collection has nearly tripled in size, where nearly 1,000 instruments depict most of the history of Western music.1

Exhibits at the Yale Collection

Most of the instruments at the Collection have been excellently restored and are well-maintained, and these instruments are technically suitable for use in performances, demonstrations, lectures and tours. The string instruments attract thousands of musical enthusiasts every year, and it is within this collection that visitors and students can discover a wide selection of stringed instruments from the Italian, German, French, and English schools, all of which traverse history from the 17th to the 20th century.

Although the wind instruments are important, Yale’s collection of keyboards remains unsurpassed in the world. Noted for balance and depth, the wide collection of keyboards includes organs, harpsichords, spinets, clavichords, virginals, and pianos coming from some of the most famous workshops and respected musical schools. The non-Western collection contains instruments from Asia, Africa, and South America, and most of Yale’s collection efforts are currently directed to growing this field. In addition to instruments, the Collection also features bows, mutes, drawings, books, publications, practice keyboards, and much more.2

Visitors, students, and professors should keep their eyes open for events sponsored by the Yale University Collection of Musical Instruments, as these events give visitors a chance to see ancient instruments in a stunning performance. Additionally, Yale’s concert series introduces the public to both up-and-coming classical musicians and highly respected orchestras and arrangements.

Special exhibits at the museum also introduce visitors to specialized periods and themes, such as “Whirring Lathes, Dulcet Tones: Woodwind Making in Early 19th-century Connecticut and New York” or the “Bell Collection,” which features bells from all over the world.3

The museum’s galleries are open from September through July: Tuesday–Friday: 1–4 pm Sunday: 1–5 pm