The Wharton family built this home in 1897 using limestone from a nearby quarry for the structure's entire first floor. After moving to Manhattan from Pennsylvania in 1890, E.A. Wharton married a native of Manhattan. Ura Wharton had been given this land from her uncle, and the couple decided to build there house on the family plot. Shortly after the couple married in 1895, E.A. opened a successful dry goods store and he was was active in local politics. The home passed to Ura's sister, in 1941 and then was used by the Christian Science church for two years during the 1950s before transitioning back to a private residence, which remains its function today. 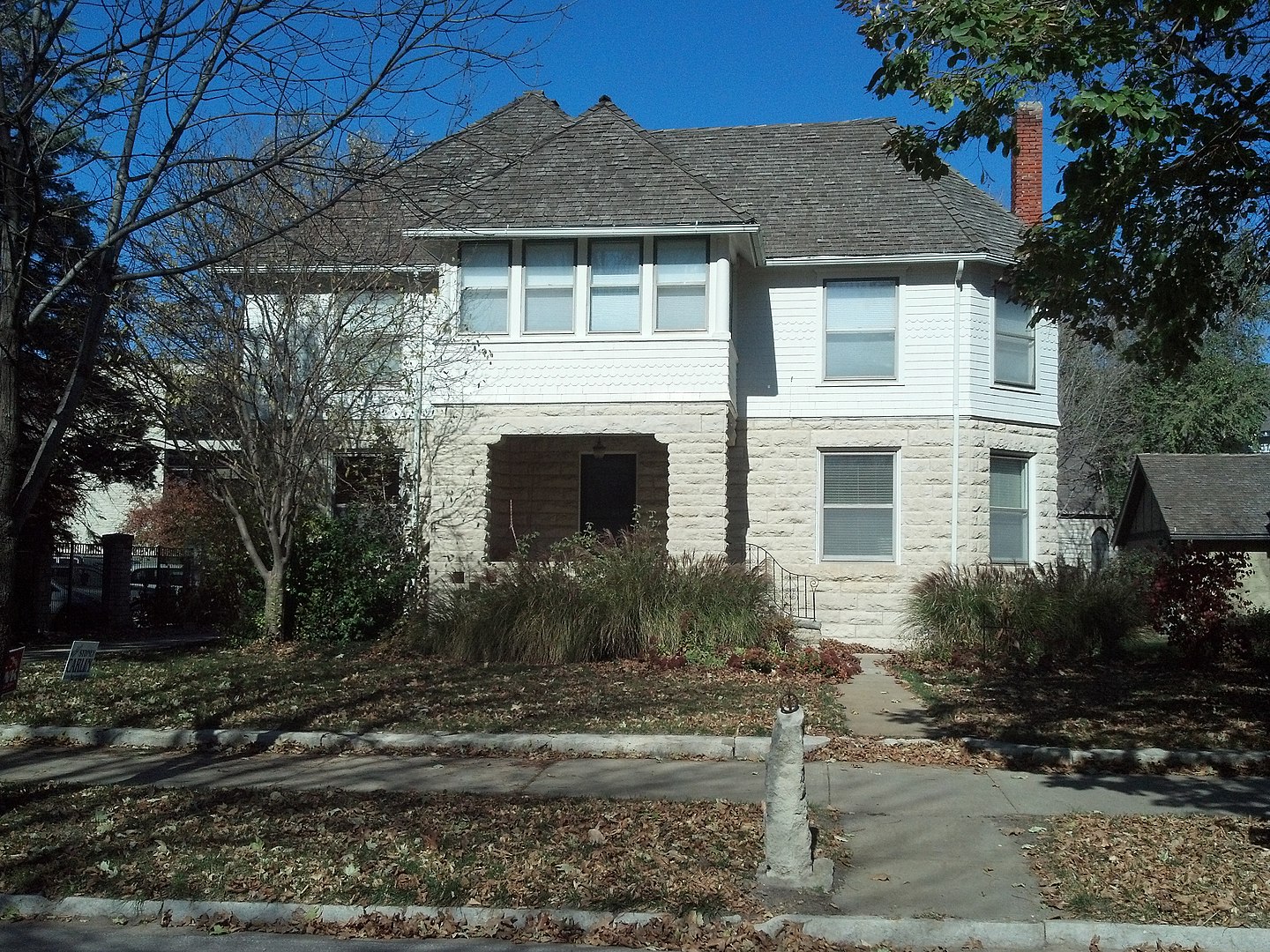 Edward Augustus (E.A.) and Ura Burgoyne Wharton built the historic home in 1897 on land sold to Ura by her uncle five years earlier. (Ura Wharton's name is the only one that appears on the deed.) The home's most striking feature is its first floor constructed of limestone, which came from a nearby quarry. Ura, a native of Manhattan, married E.A. after moving to the town from Pennsylvania in 1880. He operated a dry goods store and was active in local politics. After they died around the time of World War II, the home passed on to the Ura's sister, who bequeathed it to the Christian Scientist Church. After only two years, the house transitioned again to a private residence.

Ura Wharton, born and raised in Manhattan, married E. A. Wharton in 1885. E.A. came to Kansas from Pennsylvania in 1880. Two years after the couple married, E.A. opened the New Dry Goods Store in Manhattan. He operated the store until he sold it to Chris Lantz in 1909. Additionally, in 1903, E.A. was elected as one of three trustees of Manhattan Institute and a representative on the Manhattan City Council.

E. A. Wharton died in 1939, and then Ura died in 1941. Ura's sister, Lillian M. Greene, inherited the home with the condition that she will it to the Christian Scientist Church of Manhattan. After Lillian died in 1955, the Christian Scientist congregation moved into the house, although they only used it for two years (they constructed a church building that opened in 1956). Helen and Alex McManis purchased the home in 1956 and remained its owner when the National Register of Historic places added it to its listing in 1995; the home still functions as a private residence today.

This short walk through the heart of Manhattan begins at the headquarters of the city's women's club and several other historic Kansas homes before moving on to downtown historic landmarks such as the Carnegie Library and Wareham Hotel. Be sure to also look in Clio for landmarks and museums on the Kansas State campus and the city's historic train depot.