Included in Harpers Ferry National Historical Park is 56 acres of what used to be the 277-acre farm of Daniel Moler. The farm was named “Prospect Hill Farm” and Moler likely farmed wheat, rye, and corn like the surrounding farmers. Moler’s farm included a portion of Schoolhouse Ridge, named for a small stone schoolhouse that stood near the Turnpike, and extended across Bloomery Road to Bolivar Heights. On September 14-15, 1862, during Confederate General Thomas “Stonewall” Jackson’s attack on Harpers Ferry, Moler’s farm was in the middle of fighting between the opposing battlelines along Schoolhouse Ridge and Bolivar Heights. The land was used for agricultural purposes until the 1990s when the Civil War Trust (now the American Battlefield Trust) was able to purchase the land and deed it to Harpers Ferry National Historical Park to preserve the battlefield land. 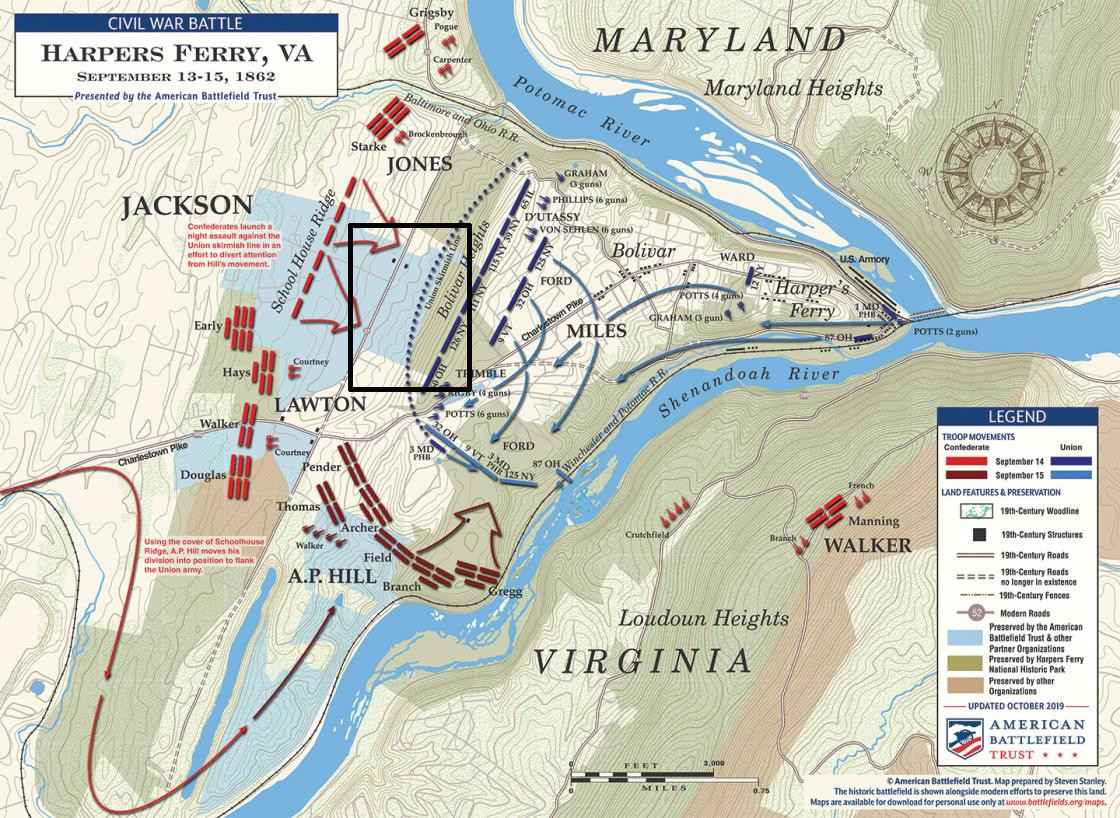 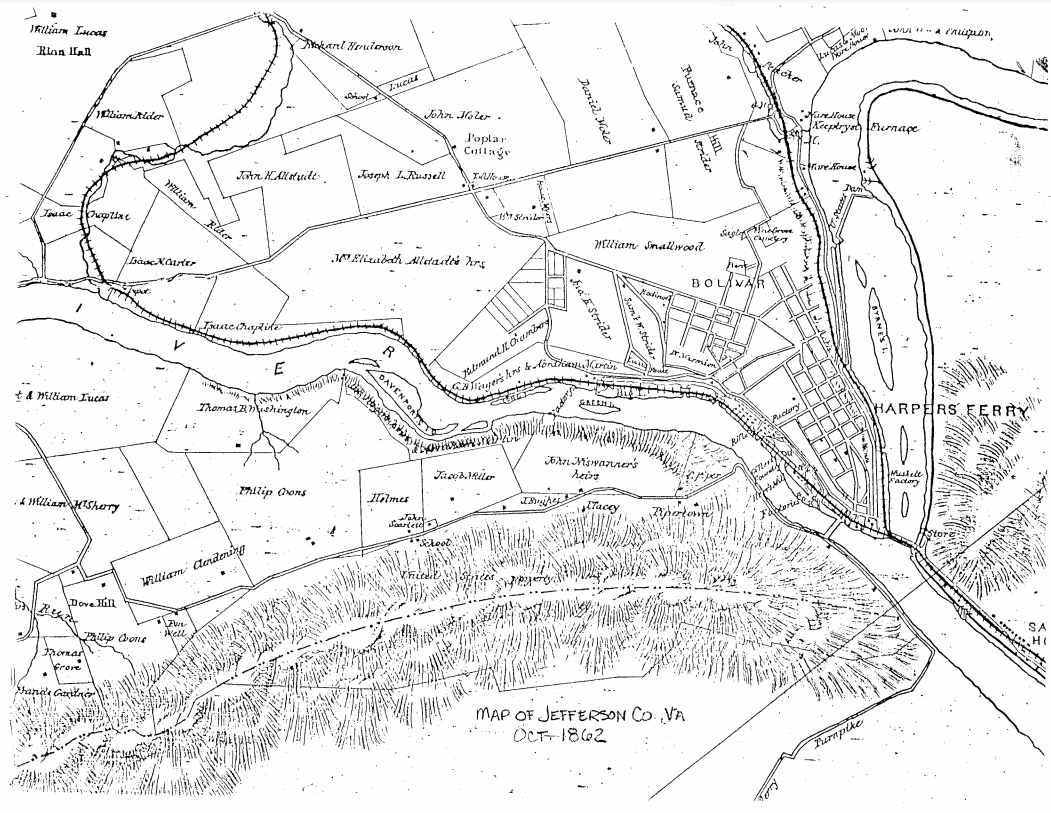 Map of the battlefield of Harpers Ferry (done in January 1864 by S. Howell Brown) 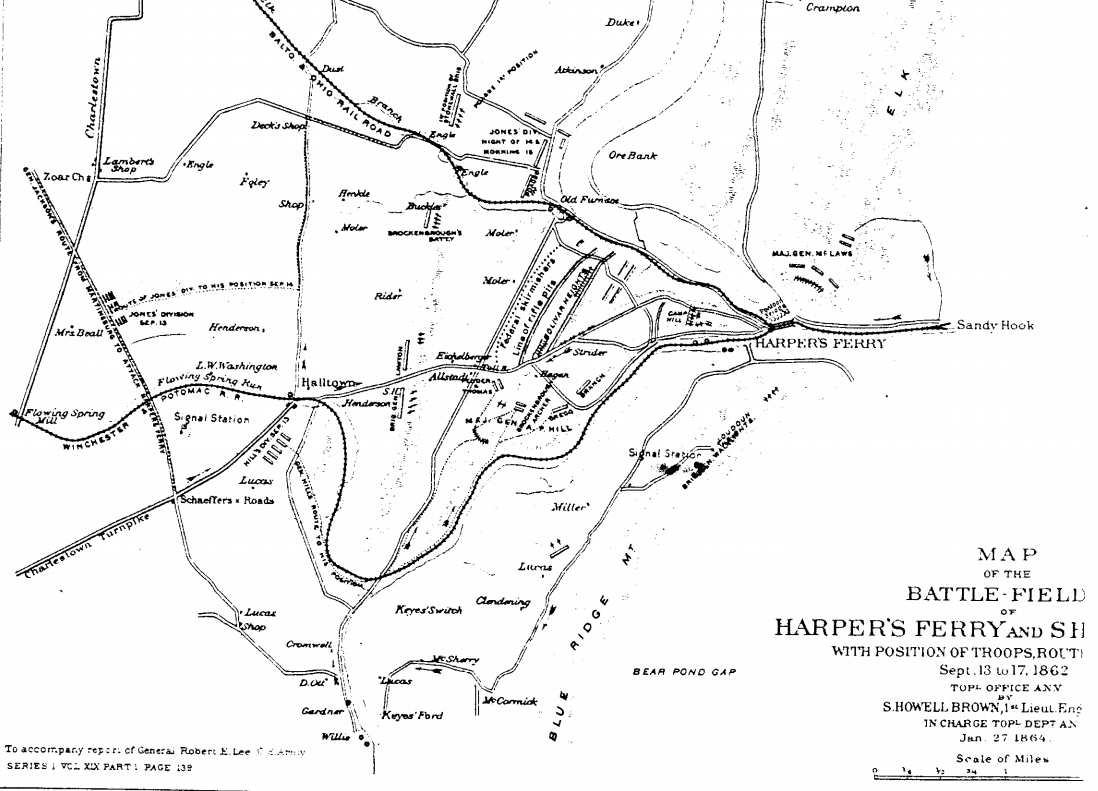 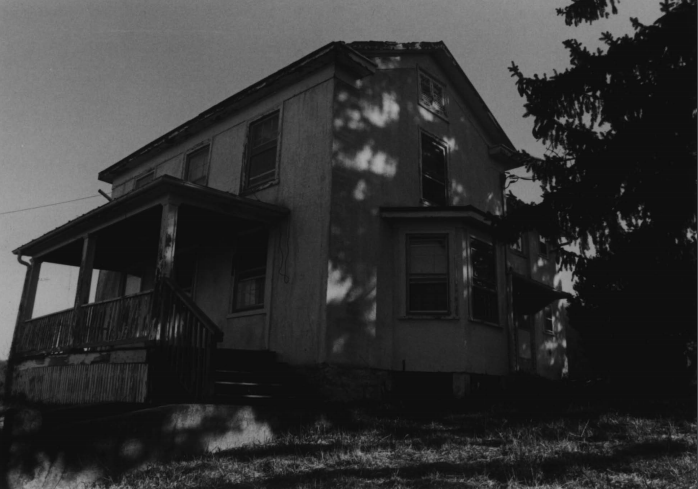 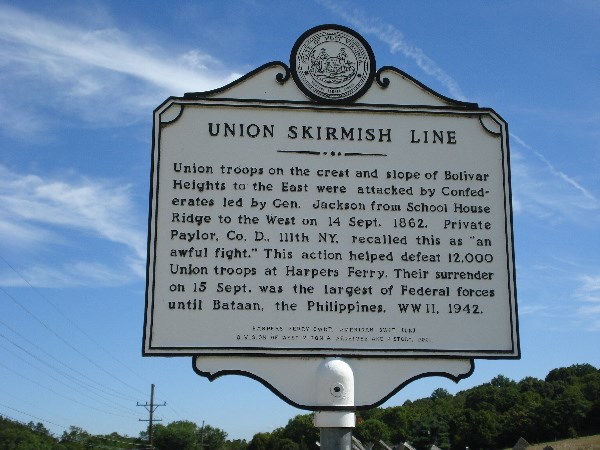 "We Began Firing At Will: The 111th New York Regiment" 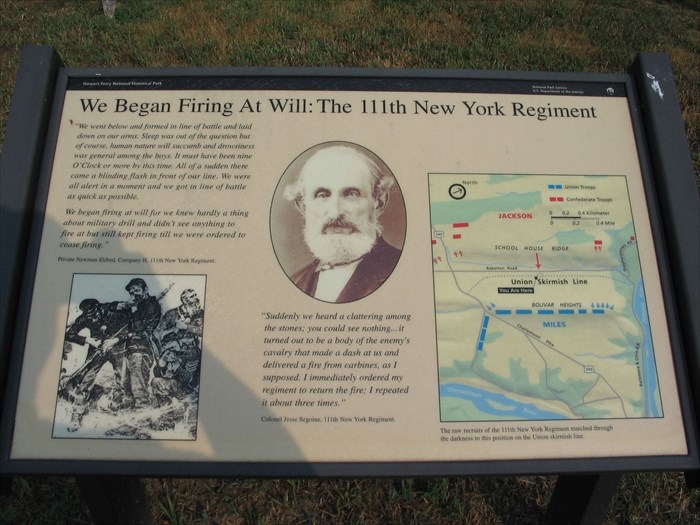 "Five Rounds into the Darkness." 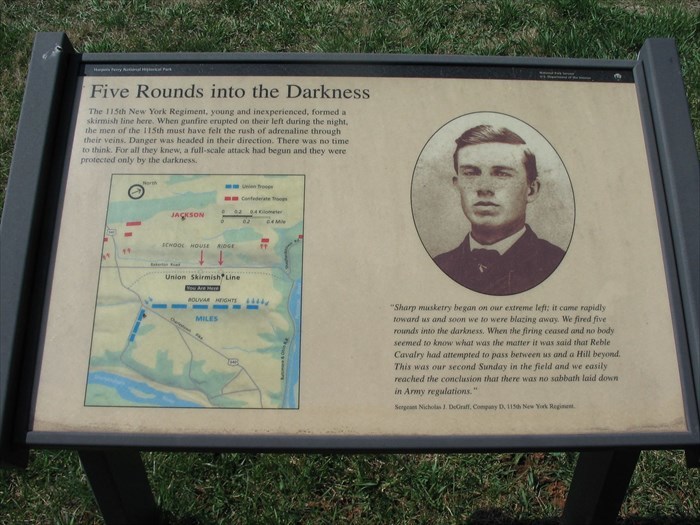 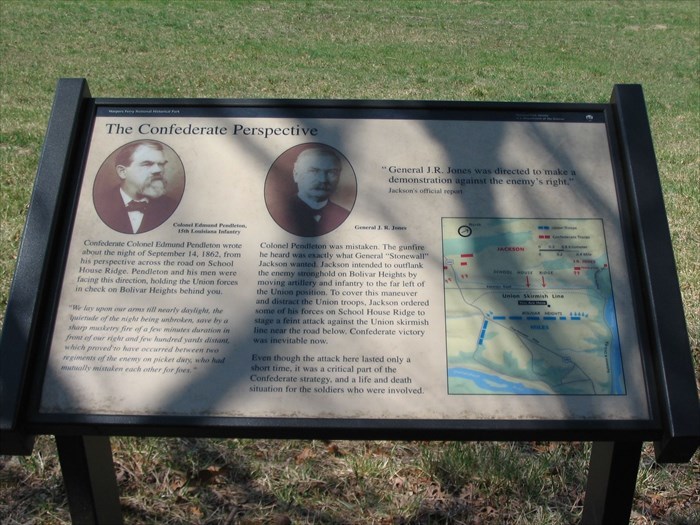 "From Skirmish Line to Burial Ground" 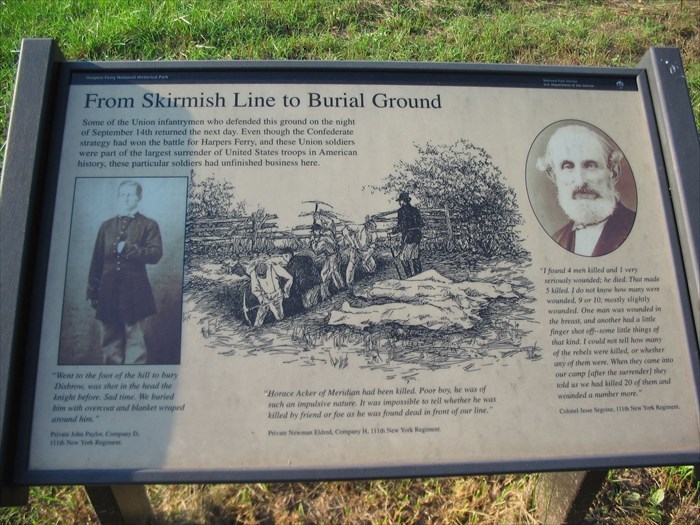 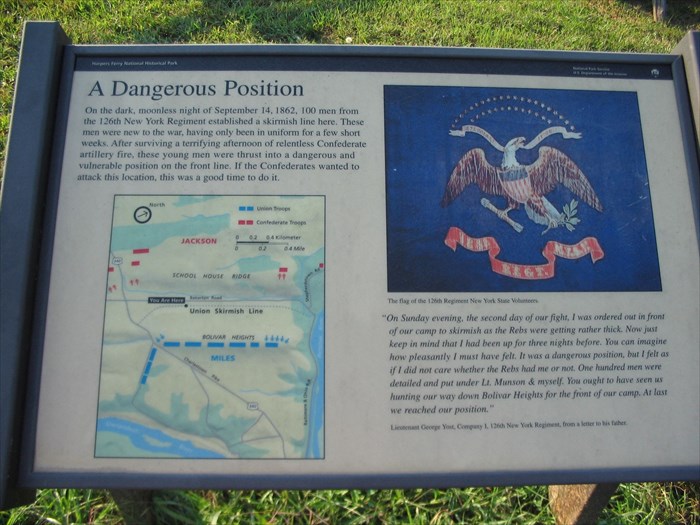 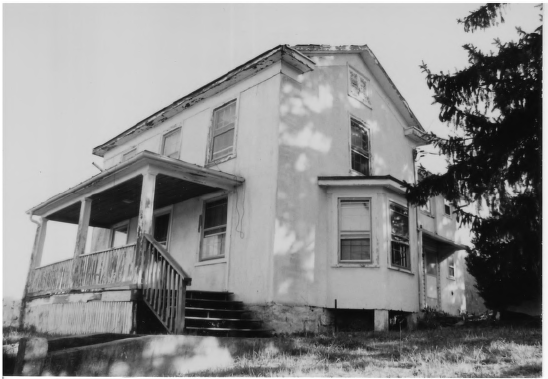 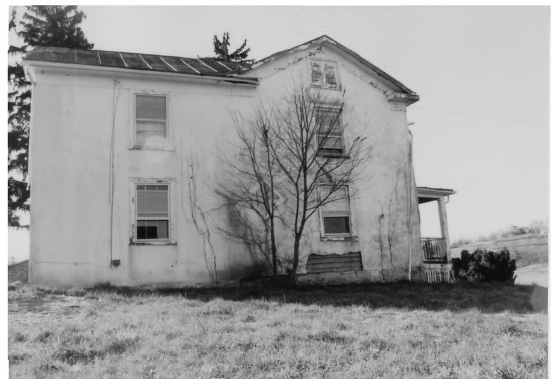 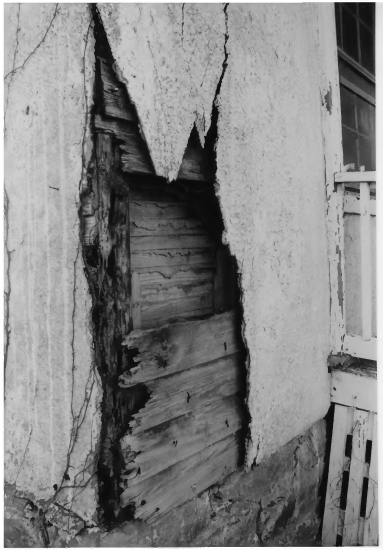 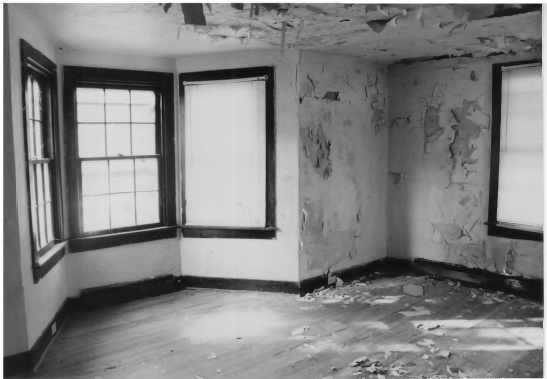 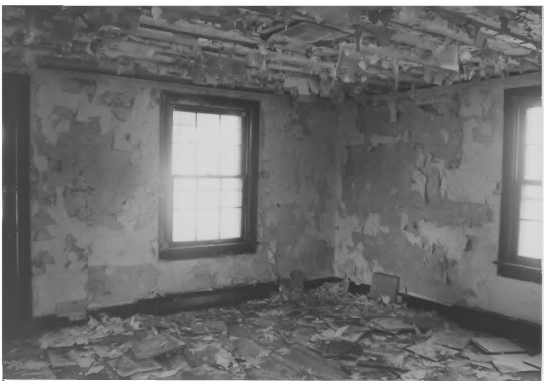 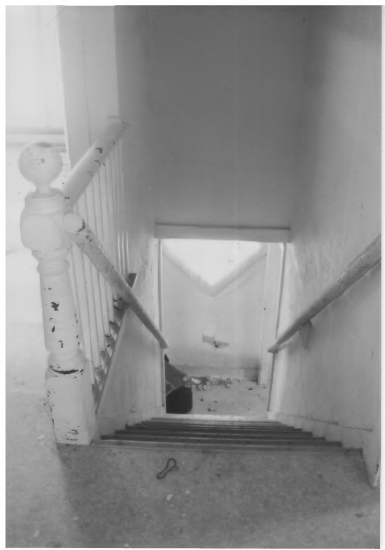 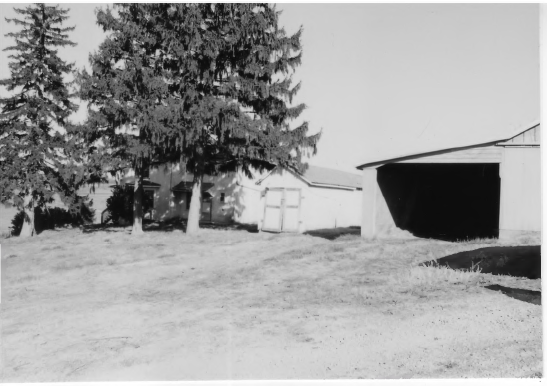 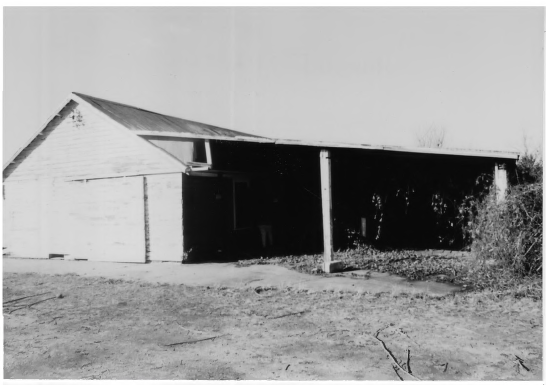 During Confederate General Robert E. Lee’s 1862 Maryland Campaign, he divided his army into four sections to secure strategic points at Harpers Ferry, Martinsburg, and Boonsboro before reuniting his force to invade Maryland. Lee needed to remove the Federal presence from along the supply and communication lines needed to pursue his campaign north. This campaign ultimately resulted in the battles at South Mountain and Antietam, and Jackson’s capture of Harpers Ferry. General Lee ordered General Thomas J. “Stonewall” Jackson to capture the garrison at Martinsburg, VA and then take Harpers Ferry. After securing these two locations, Jackson’s force was to reunite with Lee’s main force in Maryland. His force of 14,000 troops left Lee at Frederick, MD on September 10th.

The Union had reoccupied Harpers Ferry in February 1862 to secure the communication and supply lines and protect the Shenandoah Valley. Union Colonel Dixon S. Miles with a force of 14,000 soldiers held the town. Harpers Ferry is a difficult location to defend. While the confluence of the rivers (and then the railroad lines) made it a good spot for an armory, the town was located on low ground surrounded by heights on three sides. A defense of Harpers Ferry relied on defending Bolivar Heights, Maryland Heights, and Loudoun Heights to prevent an enemy taking the high ground and firing down into the town. To defend against Jackson’s movement, Dixon divided his force into four brigades. His main force held Bolivar Heights with a section of militia holding Camp Hill, right outside the town proper. Miles sent a force of largely green troops to defend Maryland Heights and left Loudoun Heights undefended, believing that the Confederates would not be able to get artillery up to the top.

Jackson’s force converged on Harpers Ferry September 12-13, 1862. The wing under General Lafayette McLaws reached Maryland Heights first, on the 12th, and on the morning of September 13th pushed the Union force back. McLaws took Maryland Heights and placed heavy artillery there. Also on the 13th, a second force under General John G. Walker made it to the top of Loudoun Heights, where Miles had posted no Union force. This allowed the Confederates to take Loudoun Heights and place artillery there as well. The third wing, under Jackson, successfully cleared Martinsburg and made their way within miles of Bolivar Heights. General Miles and the Union force within Harpers Ferry were quickly being surrounded.

On the morning of September 14, artillery fire from Maryland Heights supported Jackson sending the division of A. P. Hill forward to Bolivar Heights. Miles had placed his main force there and Hill’s advance met strong resistance; however, by the end of the day the Confederates were poised on Schoolhouse Ridge, parallel to the Union position on Bolivar Heights. During the night of September 14 Jackson had the Confederate troops under A. P. Hill move south towards the Shenandoah River to perform a flanking maneuver against Bolivar Heights in the morning hours of September 15. To mask the movement of Hill’s troops, Jackson had his old brigade, the Stonewall Bridge, make an attack from Schoolhouse Ridge towards the Union lines as a diversion. This attack advanced over Daniel Moler’s farm towards the Union skirmish line at the base of Bolivar Heights.

September 15th was the Confederate’s final push. Jackson’s artillery fired into Harpers Ferry and then Hill’s infantry charged the Union position. Completely surrounded by Jackson’s force, Miles called together his officers to discuss surrender, during which Miles was mortally wounded by an artillery shell.

The Union surrender of Harpers Ferry on September 15, 1862 was the largest capture of Union forces during the Civil War, around 12,000 soldiers. Jackson did not stay long after his victory, however. Union General George B. McClellan had found a copy of General Lee’s plan for the invasion into Maryland and had followed him to Sharpsburg. As the stage was set for the battle of Antietam Lee needed Jackson’s force to return to the main army. Jackson left one division at Harpers Ferry, that of A. P. Hill, to handle the parole of prisoners and gathering up captured supplies and took the rest of his force towards Sharpsburg. Once that process was done, Hill’s division also headed towards Sharpsburg, arriving late on September 17th in the final stages of the battle.

After the Civil War the Moler farm changed hands several times. Samuel Howell Brown bought the land in 1868 and Rudolph Rau purchased it in 1876. In 1897, after Rau’s death, the “Prospect Hill Farm” was divided into pieces with 92 acres on the east side of the road going to Rau’s children as “The Vineyard Farm.” By this time at least this portion of the farm was dedicated to orchards, which was a common trend among Jefferson County farmers in the late nineteenth and early twenties centuries. The two-story house had also been constructed on the property by this point. The “Vineyard Farm” was sold to Thomas Rutherford in 1904, reduced to 81 acres and sold to W. A. Higgs in 1912, and then sold to Fannie Hockensmith in 1925. The Hockensmith family named their orchard and farm “Hillside Fruit Farm” and operated for about six decades. In the 1980s the orchard operation had slowed and the property was deeded by the Hockensmith heirs to Charles and Janice Neidinger with stipulations that the property would remain undeveloped.

Prior to the 1990s most of Schoolhouse Ridge was privately owned and not preserved as part of the National Park. Due to threats of development, the area was a high priority for preservation between 1988 and 2004. In September 1992 the Neidingers sold the property to Jefferson Security Bank from which the Civil War Trust purchased the property as part of their mission to preserve Civil War battlefields (they are now renamed the American Battlefield Trust). The Civil War Trust was then able to deed the property, now labeled the Bolivar Heights/School House Ridge Skirmish Site, to the Harpers Ferry National Historical Park. Other portions of Schoolhouse Ridge were preserved through the efforts of the Civil War (American Battlefield) Trust, the Trust for Public Lands, the National Park Service, and Federal Government. In 2004 Congress, led by the late Senator Robert C. Byrd, expanded the park boundary of Harpers Ferry National Historical Park guaranteeing the future preservation of this property.

When the National Park Service acquired the Moler tract the 1890 house and farm buildings were still standing but in poor condition. The house was two-stories on a limestone foundation. The front portion, facing Bloomery Road, was three bays across (window/door/window pattern) and one bay deep. There was a bay window on the southern side of the house and a full-length porch along the front supported by square columns. The two-story rear ell of the house also sat on the limestone foundation and there was a two-story recessed porch along the southern side of the ell. The house was originally sided with weatherboard siding, but that had been covered over by stucco. There were also outbuildings that appeared newer than the house, including a one-story frame shed, a one-story frame garage, and a large storage building for the orchard operations that occurred on the property starting in the late nineteenth century. These structures were standing in 2001 when the property was added to the National Register of Historic Places under Harpers Ferry National Historical Park, but no longer stand.