Outside of the Mabel Lee Walton house 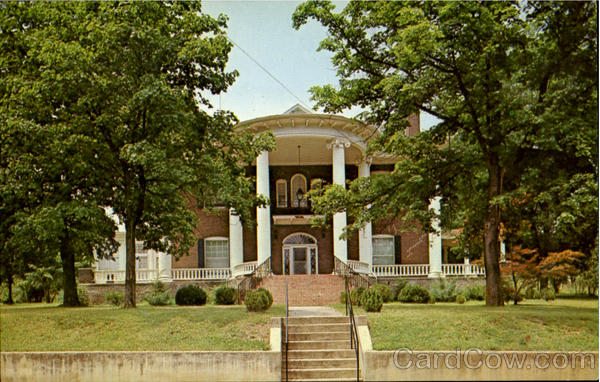 The Walton family built house in 1914, but house was acquired by Sigma Sigma Sigma in 1963, and is named in honor of Mabel Lee Walton. She served as National President for 34 years, the house was named after her as a tribute to her inspiration and leadership. It accommodates Tri-Sigma's Executive Office, visiting Sigmas, Executive Council meetings, Leadership workshops, Collegiate Advisory Board meetings, chapter visitations and other special gatherings. Chapters have used it for Sisterhood retreats, initiations, and special weekend visits. The Walton House was purchased and furnished by the generous contributions of individual members, collegiate chapters, and alumnae chapters. Walton House is maintained through the dues and fees of Tri-Sigma alumnae and collegians.

In the 1890s higher education for women was still a hot topic, but the need for qualified teachers was high. In Virginia, the State School at Farmville was the state's first institution to open its doors for teacher education. Now known as Longwood University, this is where brave 15-17 year-old women came to prepare for the teaching profession, rather than accept the social custom of being tutored in their own homes.

Then on April 20, 1898, the establishment of the Greek-letter society to be known as Sigma Sigma Sigma was announced. The sorority was founded on the principles of lifelong friendship, exemplary character, and ethical conduct. Tri-Sigma is known throughout the Greek community as being an innovative and progressive organization.