Originally built as the Logan Train Depot, the city of Logan's City Hall has a rich history. Today, it also houses the City of Logan Police Department and Fire Department. 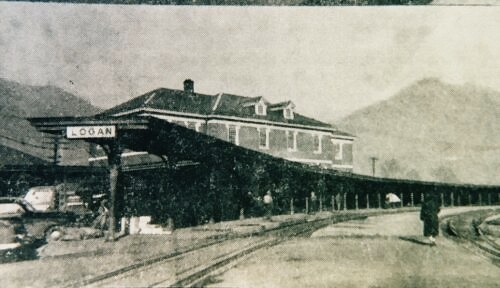 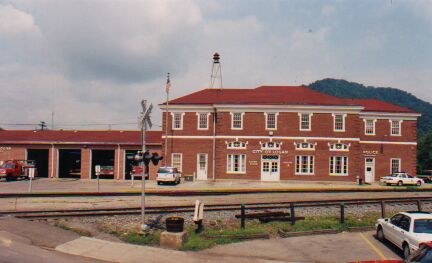 United States military arriving in Logan at the train station during the Mine Wars. 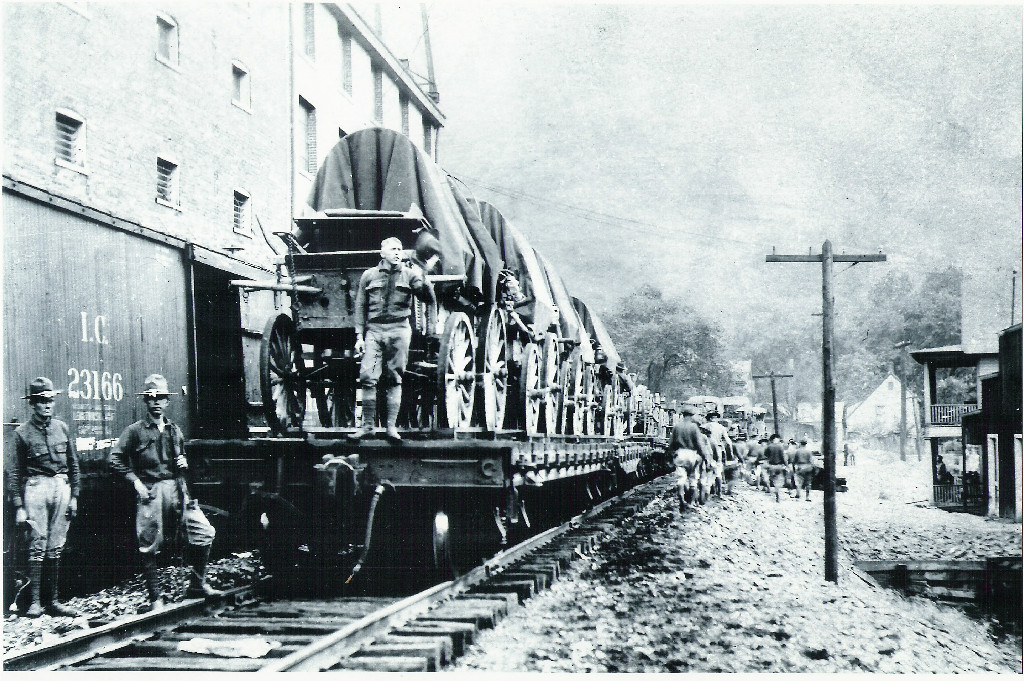 City Hall's story begins long before it was a city hall. The year was 1872, the United States was just fresh off the heels of a Civil War, and the state of West Virginia had not yet celebrated its tenth birthday. Travel to Logan (or to most anywhere in Appalachia for that matter) was a difficult task. There were small steamboats that would take travelers from Guyandotte to Chapmanville; however, only in high water seasons was travel to Logan permissible.

It was at this time that the C&O Railroad Company was working on a railway that would travel from Huntington through Charleston. In March of 1899, the Guyan Valley Railroad was given permission to construct a railroad upstream from Barboursville to Logan. Planning and surveying work took exactly a year, and construction began in the first spring of the 20th century.

Crews worked tirelessly, and the company was able to construct twenty five miles of railroad running all the way to Midkiff in just two years. By December of 1901, the Guyan Valley Line opened, and people now had the ability to travel from Barboursville to Midkiff. Yet, they would still have to take a steamboat from Chapmanville to Logan.

As per custom of major companies, the C&O Railroad Company was looking to expand their reach so they took over construction of the railroad to Logan in April of 1902. The C&O ended up buying out the Guyan Valley Railroad Company in 1903, and continued building on towards Logan. The first passenger train reached the city of Logan on September 9,  1904, and steamboats were no longer a necessity to get to Logan. The train station served as the main mode of transportation during the Mine Wars and the 1921 Battle of Blair Mountain in Logan County.1

The old Logan Train Depot is now used as City Hall for the city of Logan.

This short walking tour will include several historic buildings and other landmarks in downtown Logan.