On February 1, 1884, Alliance experienced its most deadly disaster when the Orr Block exploded. The three-story structure collapsed to the ground when fumes from a gasoline spill reached a fire-burning stove in the store. The proprietor, Frank Orr, his son, Elmer, daughter, Allie Orr Highland, and her 2-year-old son, Vernon perished, along with residents of the third floor apartment, Ida Evans and her two small children, ages 2 years and 4 months. 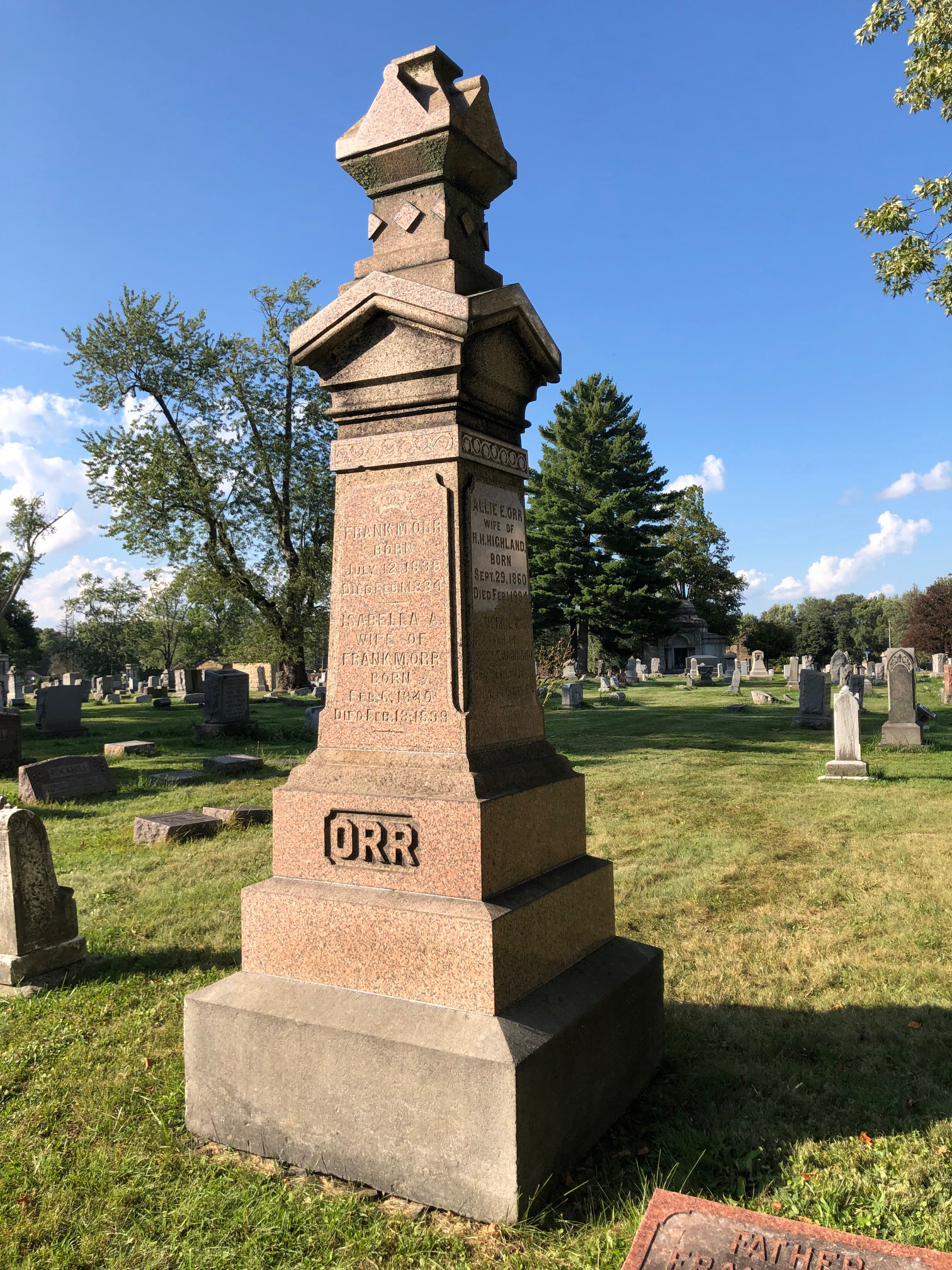 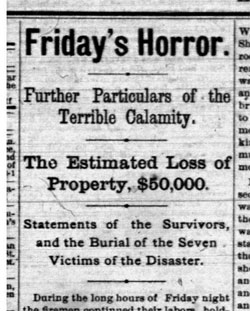 At 4 o’clock in the afternoon of February 1, 1884, Alliance experienced its worst disaster. Seven people lost their lives and at least 15 others were seriously injured as the fumes from a gasoline spill inside the Orr Block ignited, causing the three-story building to explode. Frank M. Orr, age 46, owned the stove and tin ware store, located on the south side of Main Street near 5th Street (now known as Seneca) in downtown Alliance. On the second floor of the building, lived Mr. Orr’s 24-year-old daughter and son-in-law, Homer and Allie Highland, along with their 2-year-old son, Vernon Highland. The Highlands had been married three years. On the third floor lived Frank Evans, his wife Ida, and their two small children, ages 2 years and 4 months. Frank Orr’s son, Elmer, age 21, worked in the store with his father. He was friendly and showed a good talent for business.

Mrs. Highland and her son Vernon were visiting with her father, Frank, and brother, Elmer, in the tin shop when young Vernon opened the spigot of the gasoline tank. Frank Orr kept gasoline in an airtight galvanized iron tank inside his store for his customers. About a gallon of the liquid spilled out onto the floor of the shop and the fumes began to disperse into the air. Elmer Orr began to mop up the gasoline when the fumes reached a fire-burning stove and caused the great explosion.

All seven victims of the Orr Block explosion are buried at Alliance City Cemetery. Their names: