This small museum on the campus of Fort Scott Community College in Fort Scott offers a collection of photographs and other artifacts related to Gordon Parks's life. The museum also offers programming related to the life and legacy of the former Fort Scott resident. The center also shares Parks' life story of his family's poverty and bigotry while in southeast Kansas and how the experience shaped his work. 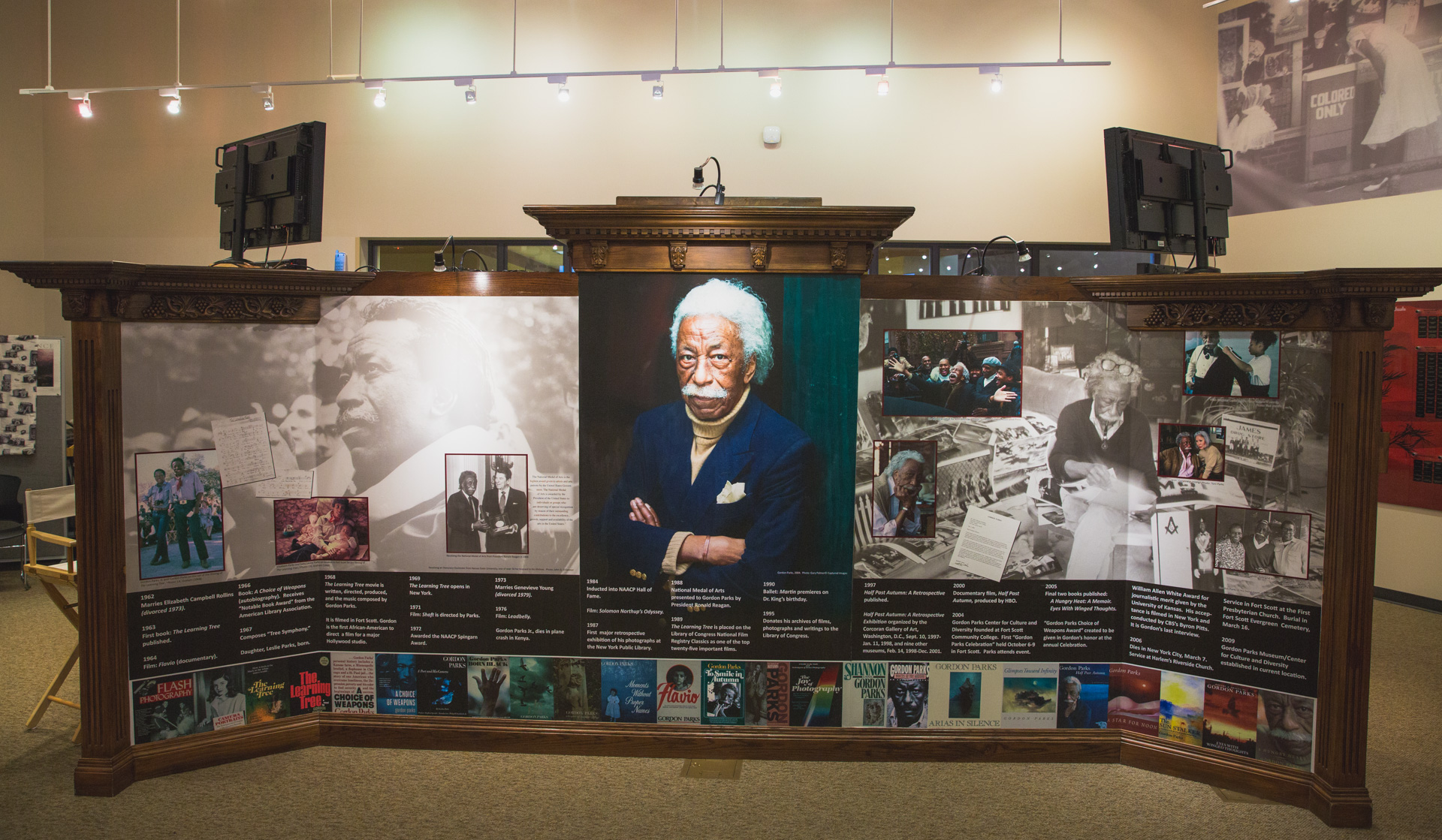 Gordon Parks, the namesake of the museum. 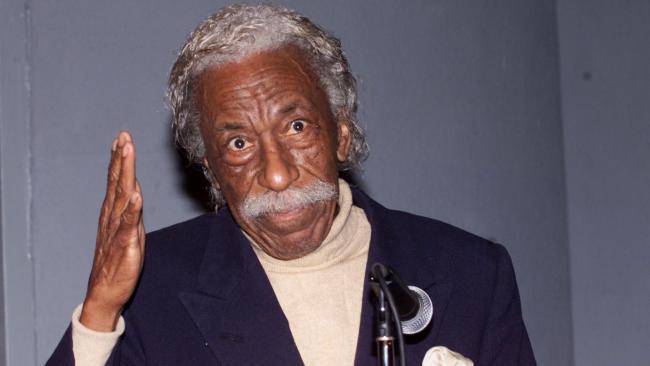 After Gordon Parks attended the first ever Gordon Parks Celebration in 2004, he gifted the Gordon Parks Center with 30 of his photographs. This spectacular group includes many of his iconic works such as American Gothic, Tuskegee Airmen, Flavio, Ali Sweating, Ingrid Bergman on Stromboli and many others.

In 2006, after his death, his personal effects and other memorabilia, per Gordon’s wishes, were given to the Museum. This valuable collection included many of his awards and medals, personal photos, paintings and drawings of Gordon, plaques, certificates, diplomas and honorary doctorates, selected books and articles, clothing, record player, tennis racquet, magazine articles, his collection of Life magazines and much more. At that time, the Gordon Parks Center was fortunate to acquire his writing desk from a donation given by Bill and Camille Cosby.

Since that time, more gifts have been given by his family and friends such as his camera, gifted by his daughter Toni Parks; his film camera and tripod, donated by his son David Parks; a collection of photographs of Gordon donated by Patricia DuBose Duncan, and much more. These gifts have made this collection substantive and significant and we are proud of Gordon’s faith in us to preserve and protect his legacy.

Call ahead for hours; open Monday through Friday

What does American democracy look like? This tour explores the ways Kansans have memorialized democracy through statues, monuments, and civic architecture and examines contemporary stories of civic engagement through public art and public spaces that reflect an everchanging nation. Kansans value their democracy and you can see it in every town square, city hall, public library, and more. But where else can you see the stories – and visions – of democracy in our hometowns? This Clio tour was created by Humanities Kansas, the sponsor for the exclusive Kansas tour of the “Voices and Votes: Democracy in America” Smithsonian traveling exhibition. The exhibit explores the dynamic history of American democracy. The tour is made possible through the Museum on Main Street program. Visit humanitieskansas.org for an overview of the Voices and Votes tour. Add your Sidewalk Civics site to the Clio tour! Learn how to create an entry by clicking here: https://www.theclio.com/howToCreateEntry.