The University of Iowa Museum of Natural History

Founded in 1858, the University of Iowa Museum of Natural History is the second oldest university museum west of the Mississippi River. It houses a collection of 140,000 specimens, objects, and artifacts from Iowa and around the world. The museum features several permanent exhibits: Iowa Hall, which explores the state's geological, cultural, and ecological history; the William and Eleanor Hagebock Hall of Birds; the Biosphere Discovery Hub, which explores the relationship between people and the environment; the Laysan Island Cyclorama, which is a 360-degree diorama of a Hawaiian atoll called Laysan; Mammal Hall; and Diversity of Life, which features exhibits in the ground-floor hallway displaying a variety of specimens. The museum is housed in Macbride Hall, which is part of the Pentacrest area of campus that features four buildings surrounding the Old Capitol building. Pentracrest is listed on the National Register of Historic Places.

The University of Iowa Museum of Natural History was established in 1858, making it the second oldest university museum west of the Mississippi River. It is located in Macbride Hall, which was built in 1908. 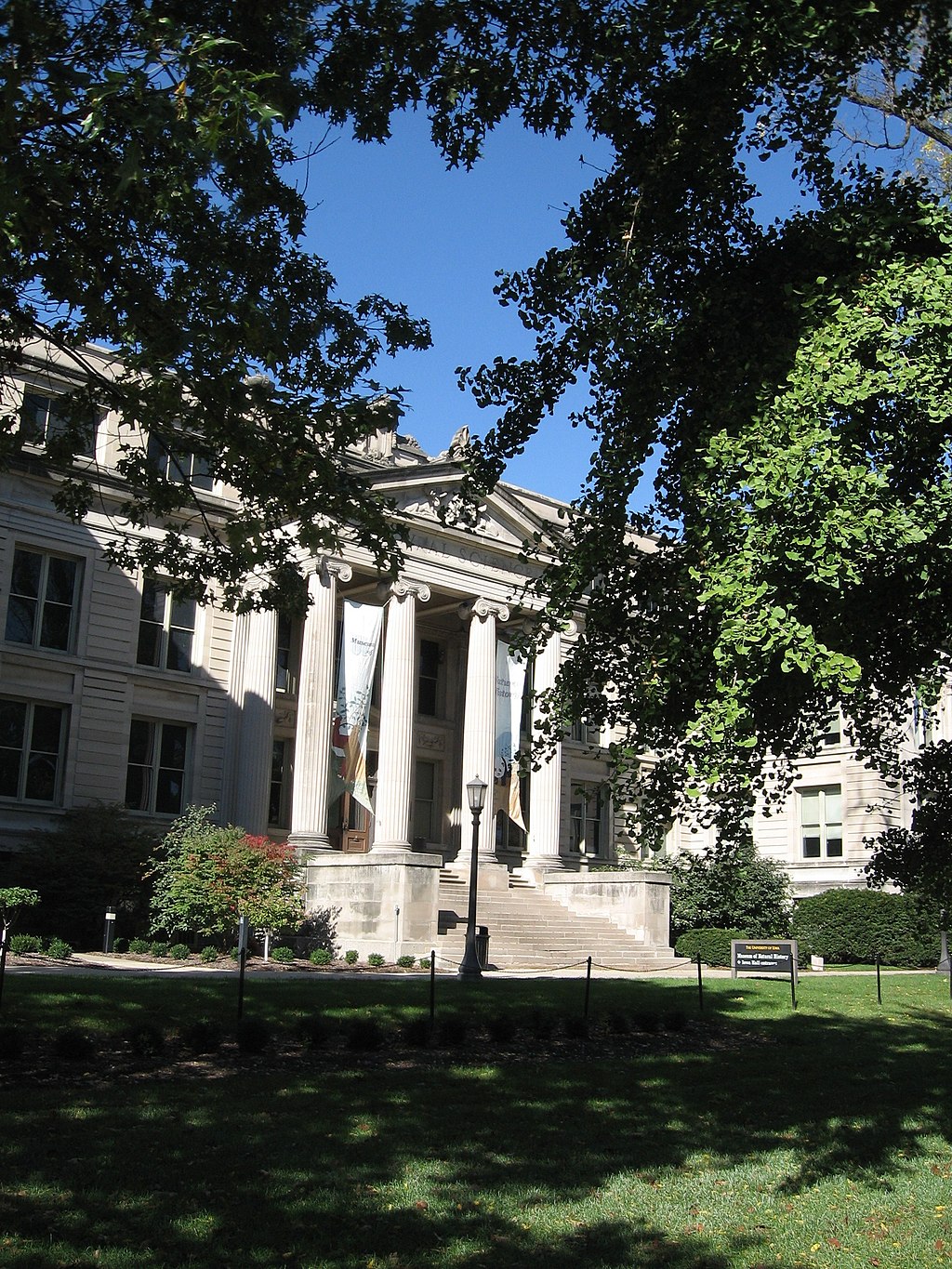 The Iowa General Assembly established the museum in 1858 and instructed the university, which was founded in 1855, to house specimens from the State Natural History and Geological Surveys in the Old Capitol building. The museum began as a repository called a "cabinet" where specimens could be housed and studied. As such, the museum was first named the Cabinet of Natural History (it was later given its current name in 1887). The faculty at the time called for such a facility to be established to help teach the natural sciences. Geological specimens were the first to be collected in the early years of the museum. Under the leadership of geology professor Samuel Calvin, who became curator in 1873, the cabinet's collection grew to include mammal, fossil, and bird specimens. In 1885, the museum moved to what is now known as Calvin Hall, which was first known as Science Hall.

The museum continued to grow during the 41-year tenure of the next curator, Charles C. Nutting, who was one of Calvin's graduate students. Nutting became curator in 1886 and specialized in the taxonomy and geographic distribution of animals. He was also very interested in marine biology. Over the course of his tenure, Nutting organized and led several university expeditions to collect specimens and gave public lectures about them. He also created a number of popular exhibits for the public to showcase his work.

The size of the collection grew during these years as well and by 1895 Nutting started calling for a new, larger building for the museum. The effort finally paid off in when the university's board of regents approved of the project in 1904. Construction of the new building, originally called the Natural Sciences Building, was completed in 1908. It was renamed Macbride Hall in 1934. The Laysan Cyclorama was created in 1914 and was one of the first in the world to showcase birds or animals in their natural habitat in a cycloramic format. One of the few cycloramas to still exist, it is twelve feet tall and features a 138-foot long mural.

By the 1960s, use of the museum collection for instruction had declined. The university president at the time, Howard R. Bowen, saw no educational value to the collection (aside from being popular with school children) and proposed closing the museum. Student enrollment had also increased significantly and there was a need for additional space in the central part of campus. However, the students, faculty, and alumni strongly disagreed with Bowen's plan and the museum was not closed. Beginning in 1972 when a new curator was hired, the museum's exhibits were redesigned. This effort was successful and the museum started to attract visitors. The museum has remained popular since then.

"History of the Museum." The University of Iowa Museum of Natural History. Accessed November 27, 2021. https://mnh.uiowa.edu/history-museum.

Explore the history of Iowa City with this brief walking tour that includes historic buildings such as the Union Brewery, Englert Theatre, the former Iowa Capitol, and the Johnson County Courthouse. The tour also includes a stop at a home that was part of the Underground Railroad and the Centennial Building, home to one of the two research centers operated by the State Historical Society of Iowa (SHSI). Many of the entries in this tour were created by faculty and students at the University of Iowa and we hope to add additional sites to the tour in the near future.