The McConnell Mansion is an historic home in Moscow, Idaho. It is well-known as the home of Idaho governor William McConnell, who served in that position from 1892-1896. He was also Idaho's first U.S. Senator. The home is now the museum for the Latah County Historical Society and is a place where visitors can learn about Moscow's history. Rooms have been renovated to reflect different historical periods of the home, exhibits are frequently changed, and there are educational activities for children. The mansion was placed on the National Register of Historic Places in 1974. 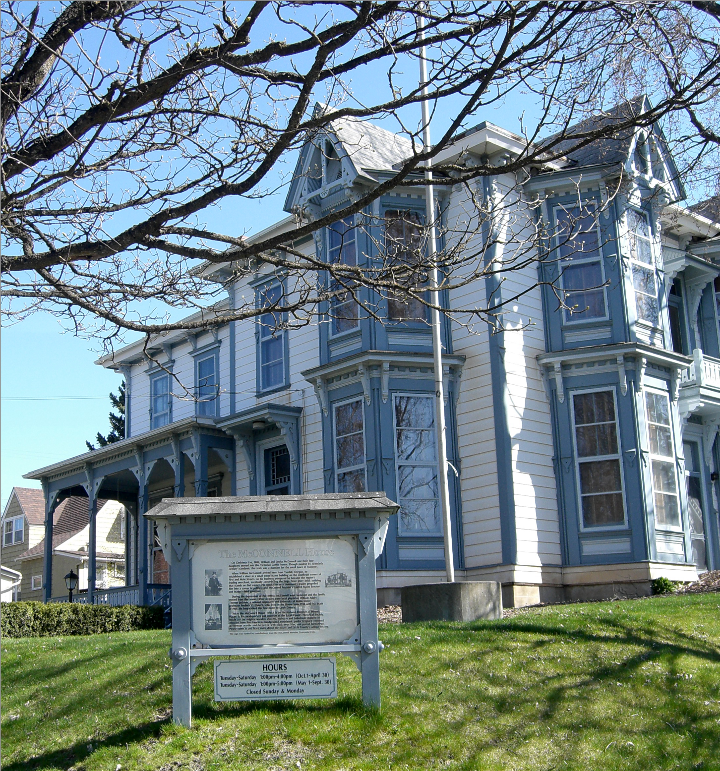 William McConnell arrived in Moscow from Oregon, where he was a gold miner, rancher, and U.S. Deputy Marshal. After arriving in Moscow, he opened a mercantile business which became very successful. Unfortunately, he lost all of his money during the Depression of 1893 and although he paid back his debts, he had to sell the home in 1901. The house was owned by two owners in the following years and was eventually bequeathed in 1966 to Latah County as a museum and meeting place.

October to May the Mansion is open Tuesday through Saturday afternoons from 1 to 4 p.m. From May through September, the hours are extended to 5 p.m. This summer, we also offer special evening hours. On Tuesday, June 17 and Thursday, July 3, the Mansion wi