The New Mexico Museum of Space History is a museum and planetarium complex in Alamogordo, New Mexico. The museum contains artifacts and exhibits related to the history of space exploration, and is also the home of the Intentional Space Hall of Fame. The museum includes a number of exhibits that tell the unique role of New Mexico within the American space program. The museum is accredited by American Alliance of Museums and is also a Smithsonian Affiliate. 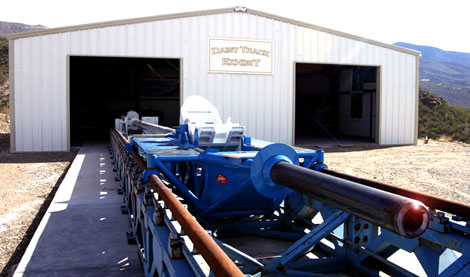 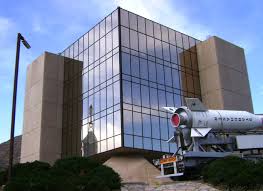 Visitors to the museum can start with a tour of the John P. Stapp Air and Space Park. This outdoor exhibit was named after an International Space Hall of Fame Inductee and aeromedical pioneer Dr. John P. Stapp. The exhibit has a Sonic Wind I rocket sled that was driven by Dr. Stapp, as well as the Little Joe II rocket, which tested the Apollo Escape system. The little Joe II is 86 feet tall and is the largest rocket ever launched from New Mexico.

Another current exhibit is the Daisy Track, which is also an outside exhibit. The Daisy Track has been in operation from 1955 to 1985. It was named after the Daisy Air Rifle, which was an air-powered sled-track to study the effects of acceleration, deceleration, and the impact of the human body and various equipment systems.

The museum has an exhibit called Icons Exploration, which showcases an actual moon rock, rare replicas, Sputnik and Explorer, and the Gargoyle, an early guided missile. These are some of the most celebrated objects in the whole museum. The next exhibit is about rockets and their historical development of rocketry and also honors pioneers in the field. In this gallery there are many significant artifacts. Guests get the opportunity to detect the different sounds of each rocket engine by pushing the button in the exhibit.