Born James Bryce White in Ireland in 1847, he ran away to the United States at age 16 to seek fortune in New York City. Having worked as a cash boy in NYC, White met business partners Lucian and Vernon Richards, Augusta's most elite dry goods salesmen, while they were on a buying trip to NY. The young boy made a good enough impression for the brothers to offer him a job in Augusta — assuming their offer was convincing enough for the young boy to accept. At the time, Augusta was a winter resort for wealthy northern businessmen, which meant a high clientele for home and fashion goods. The three partnered in 1874 to form the J.B. White and Company after they purchased the firm of McCabe, Costello, and Daly, located at 730 Broad Street. 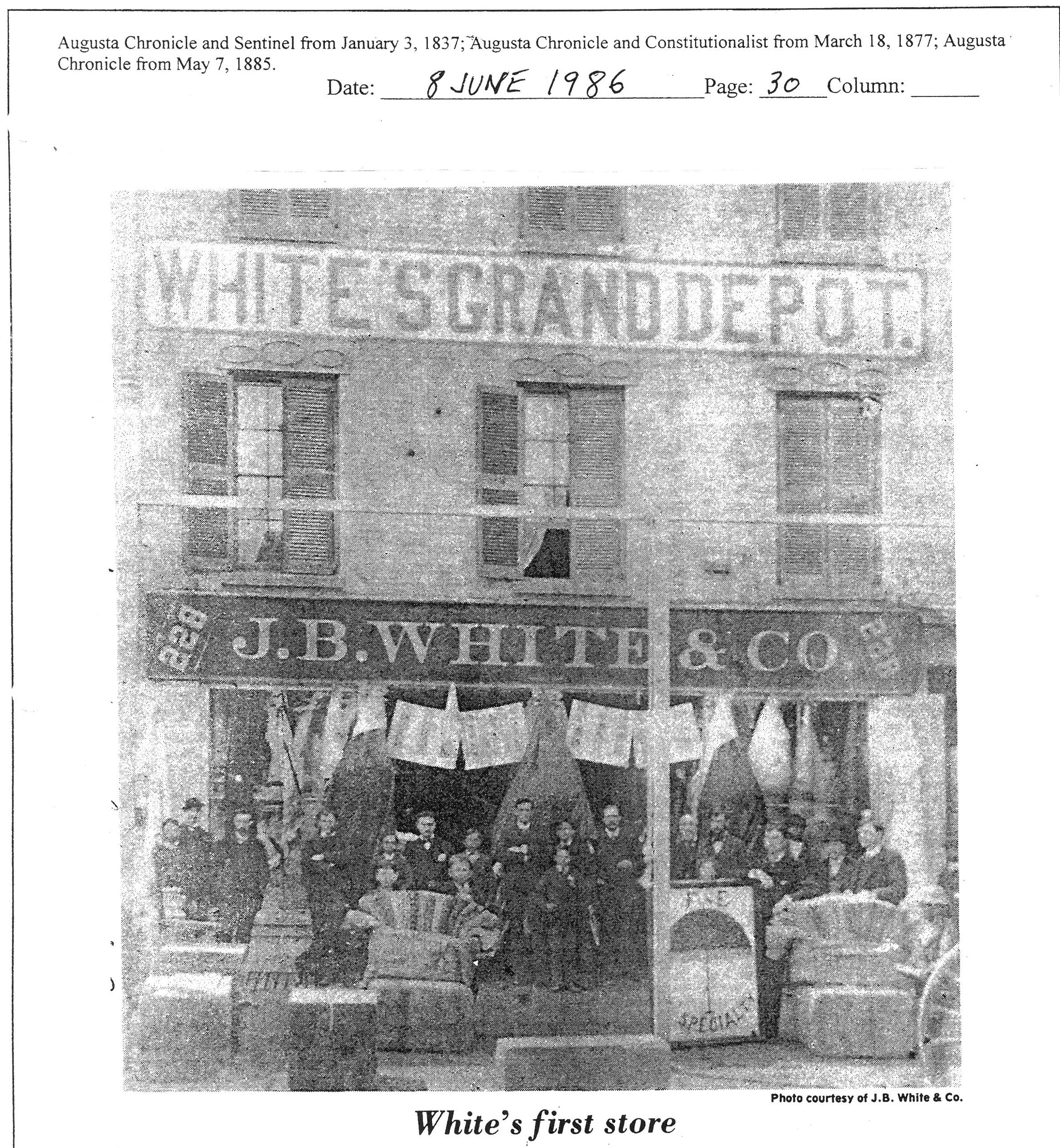 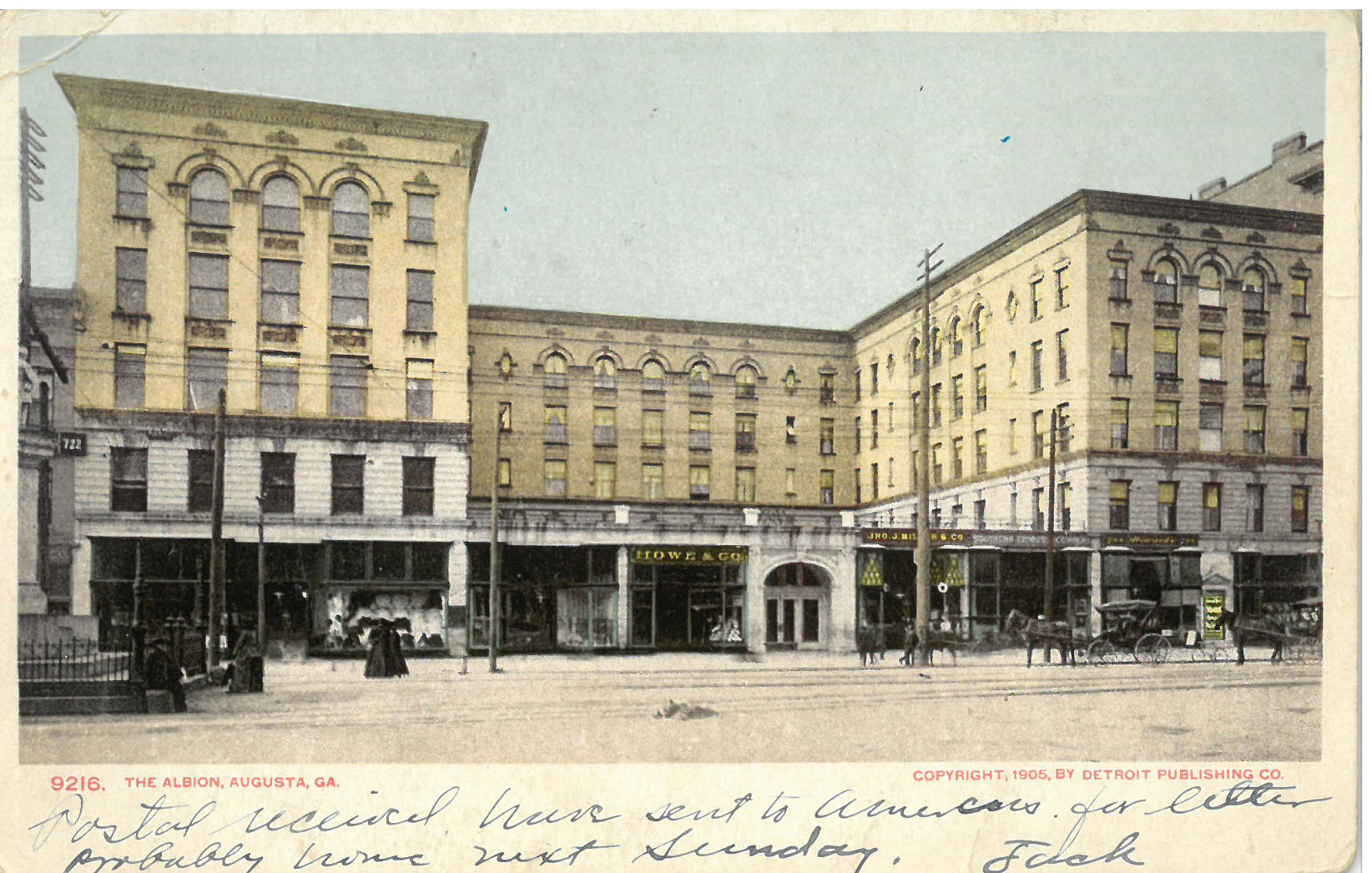 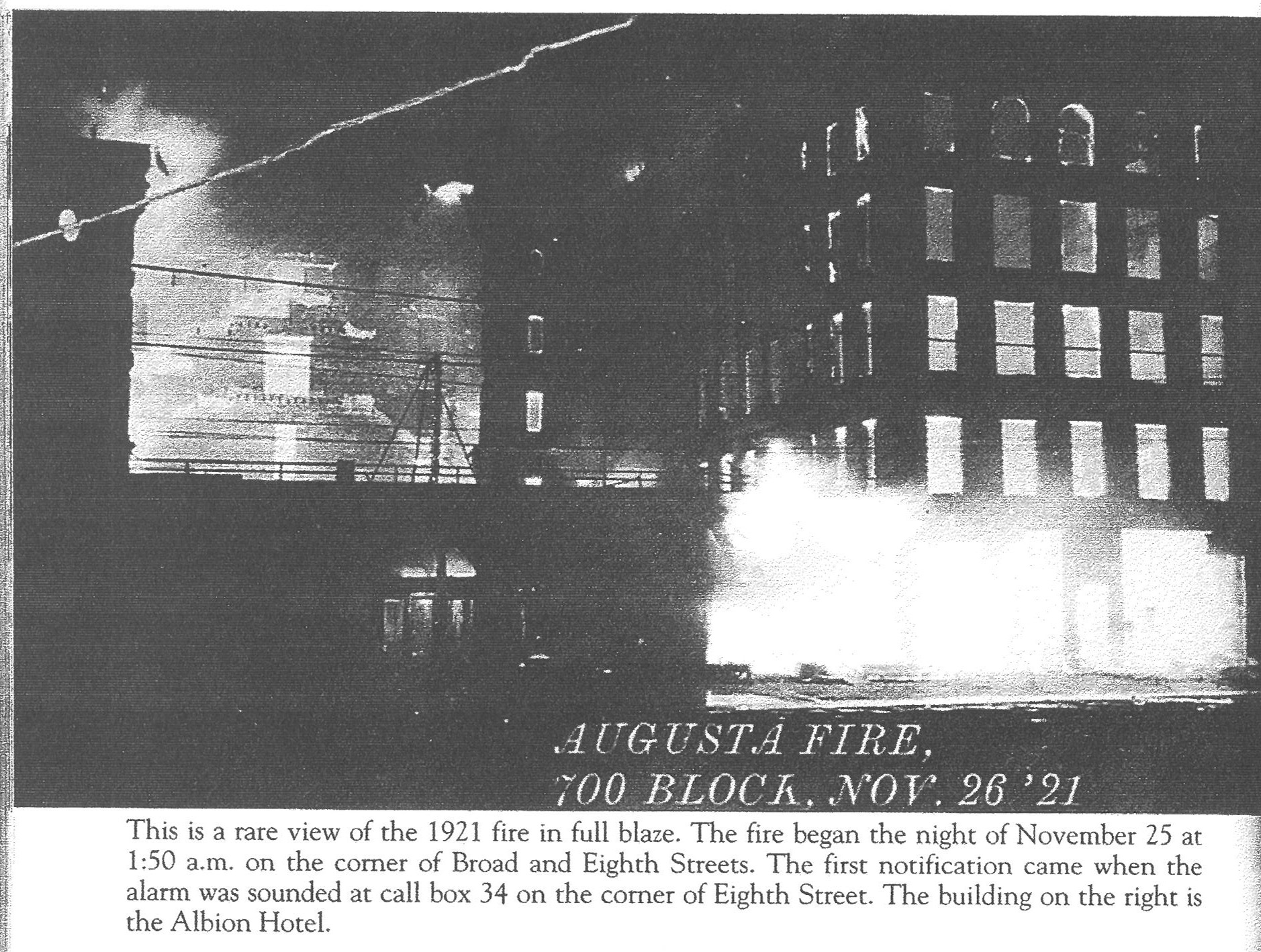 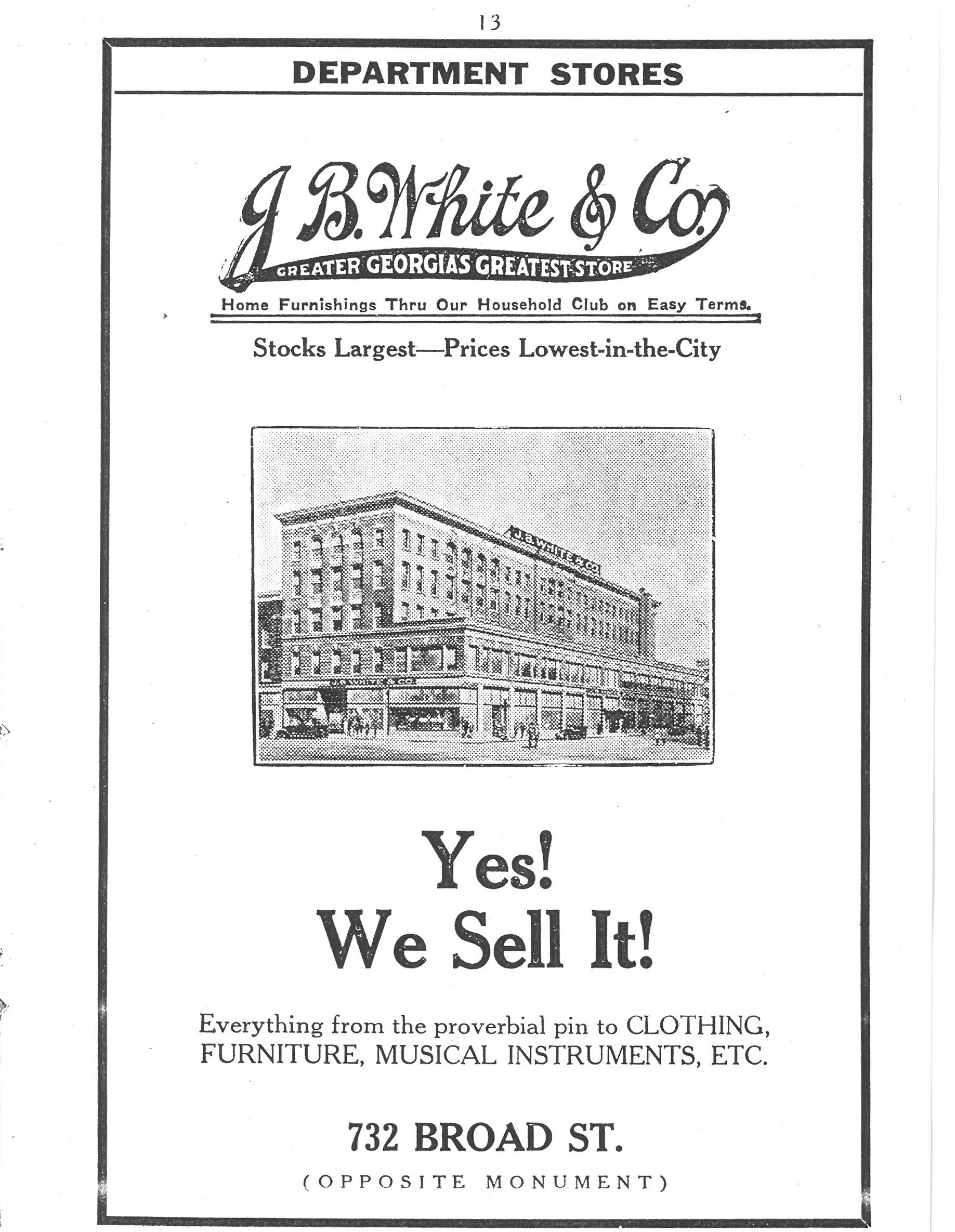 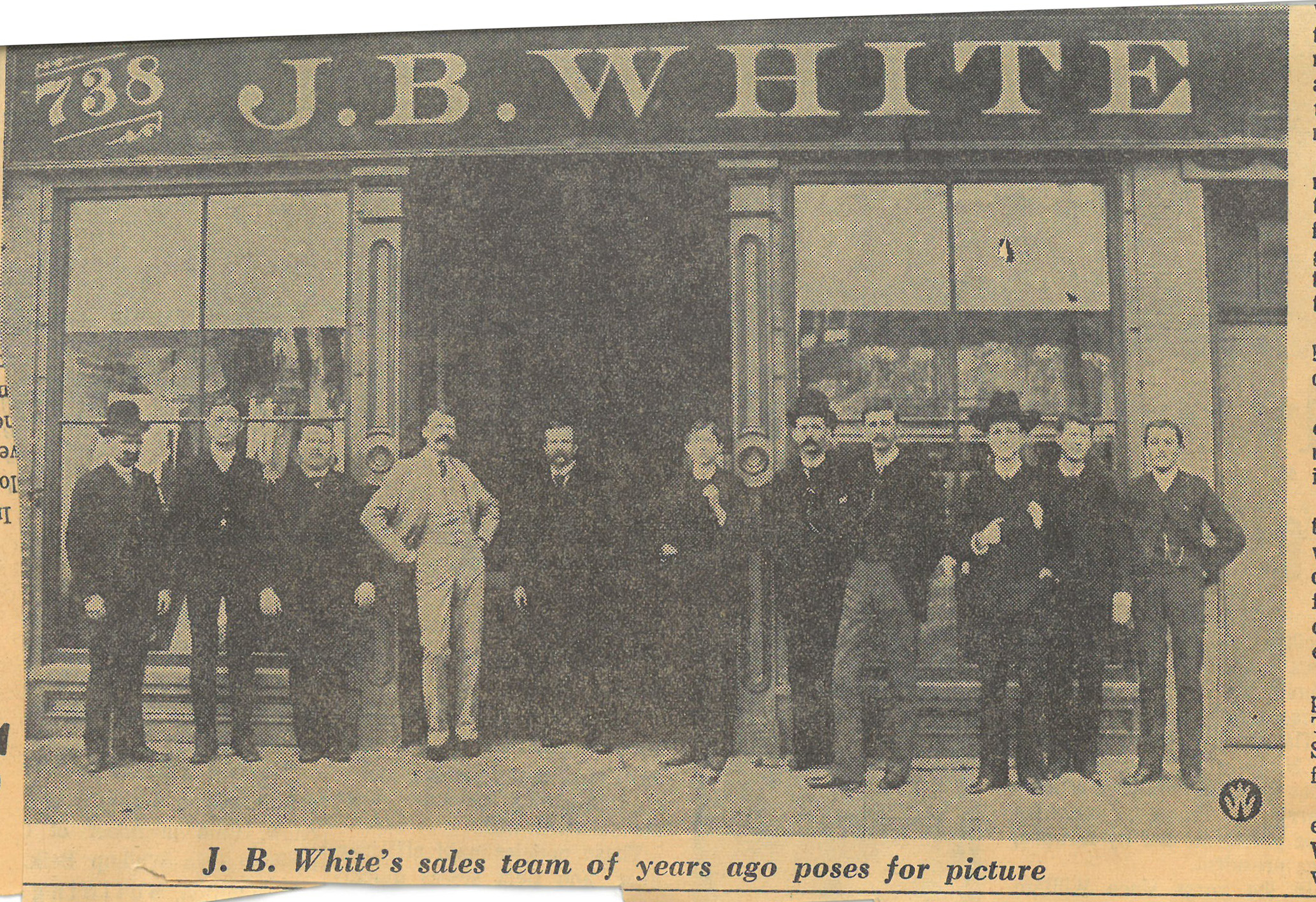 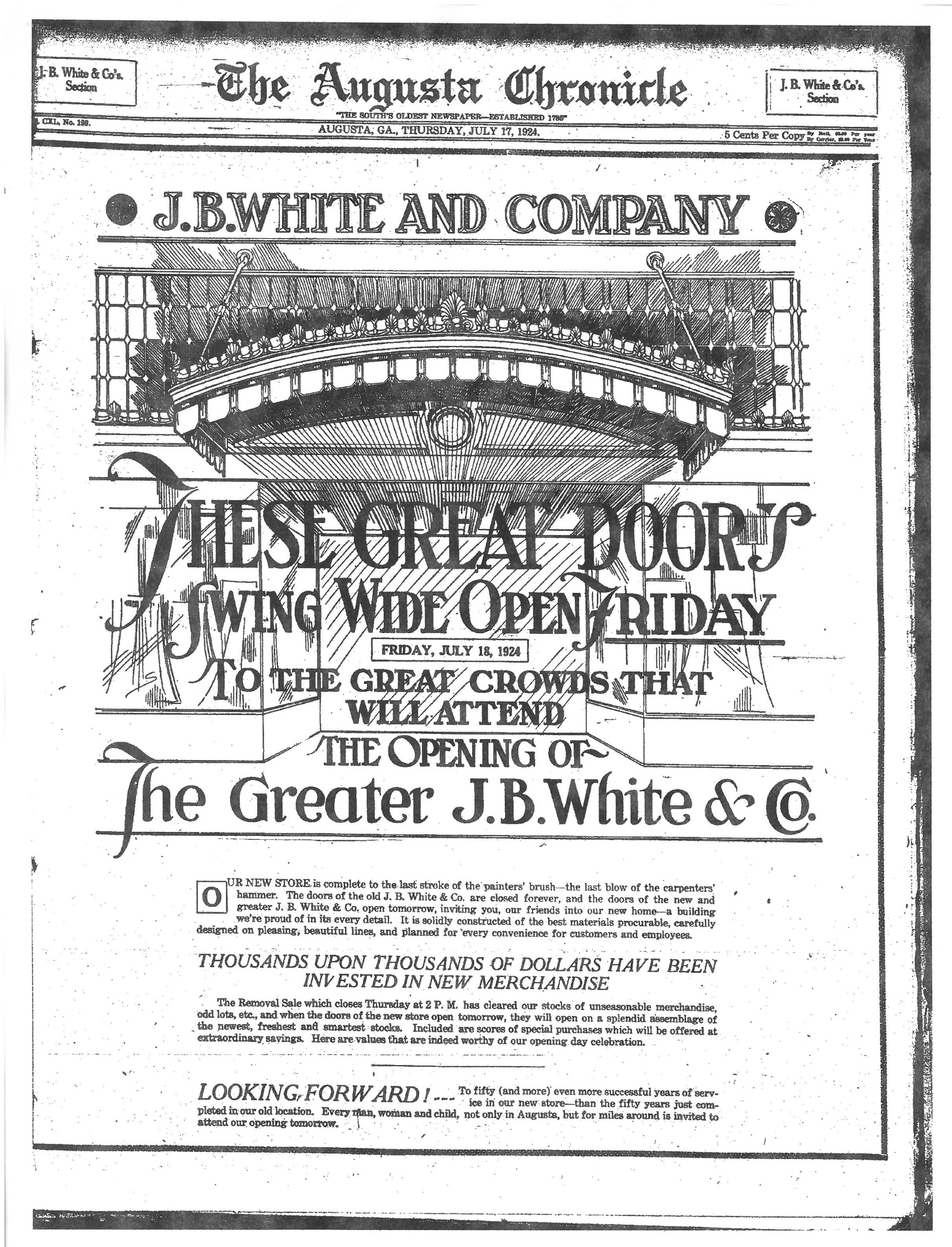 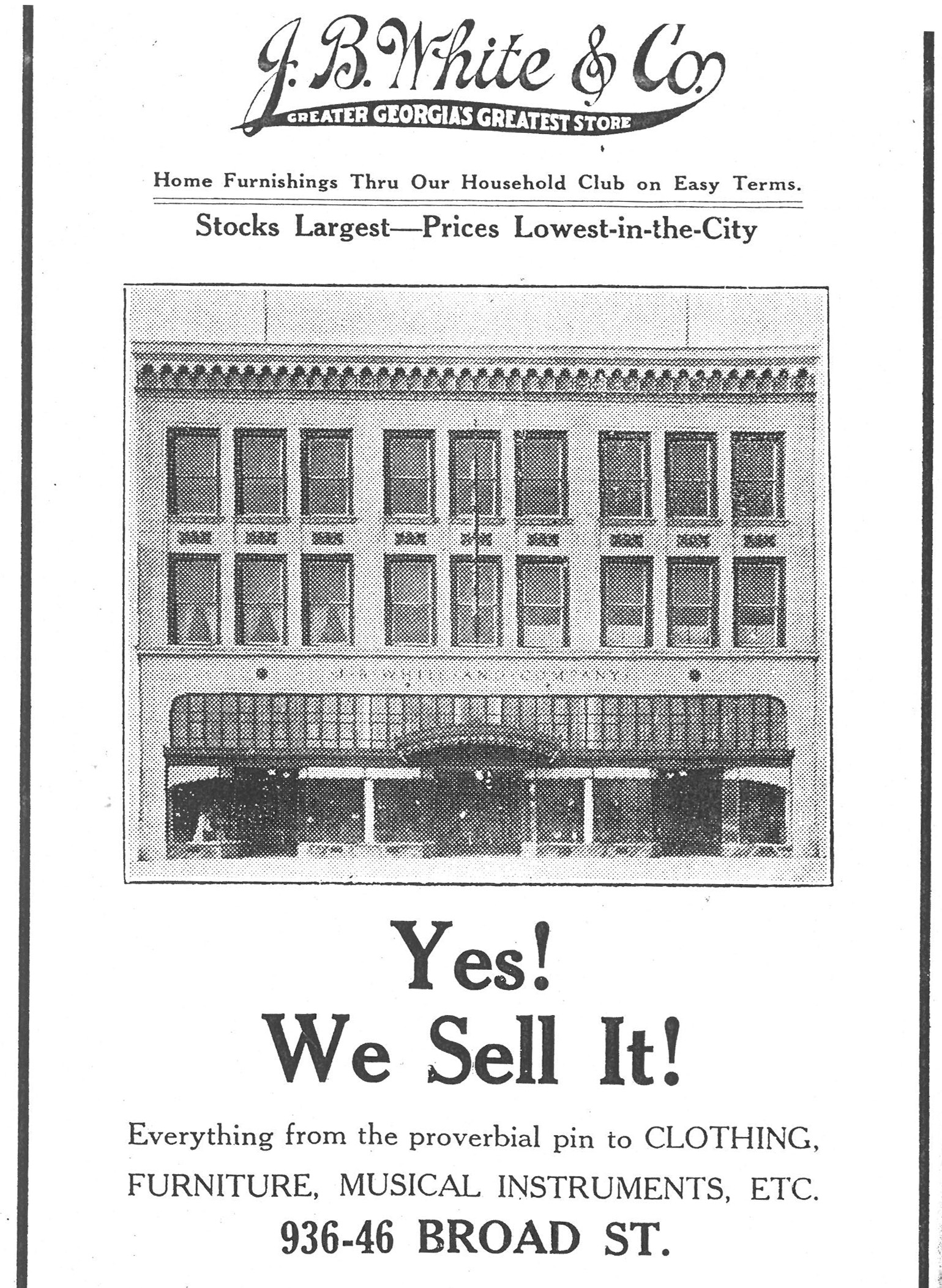 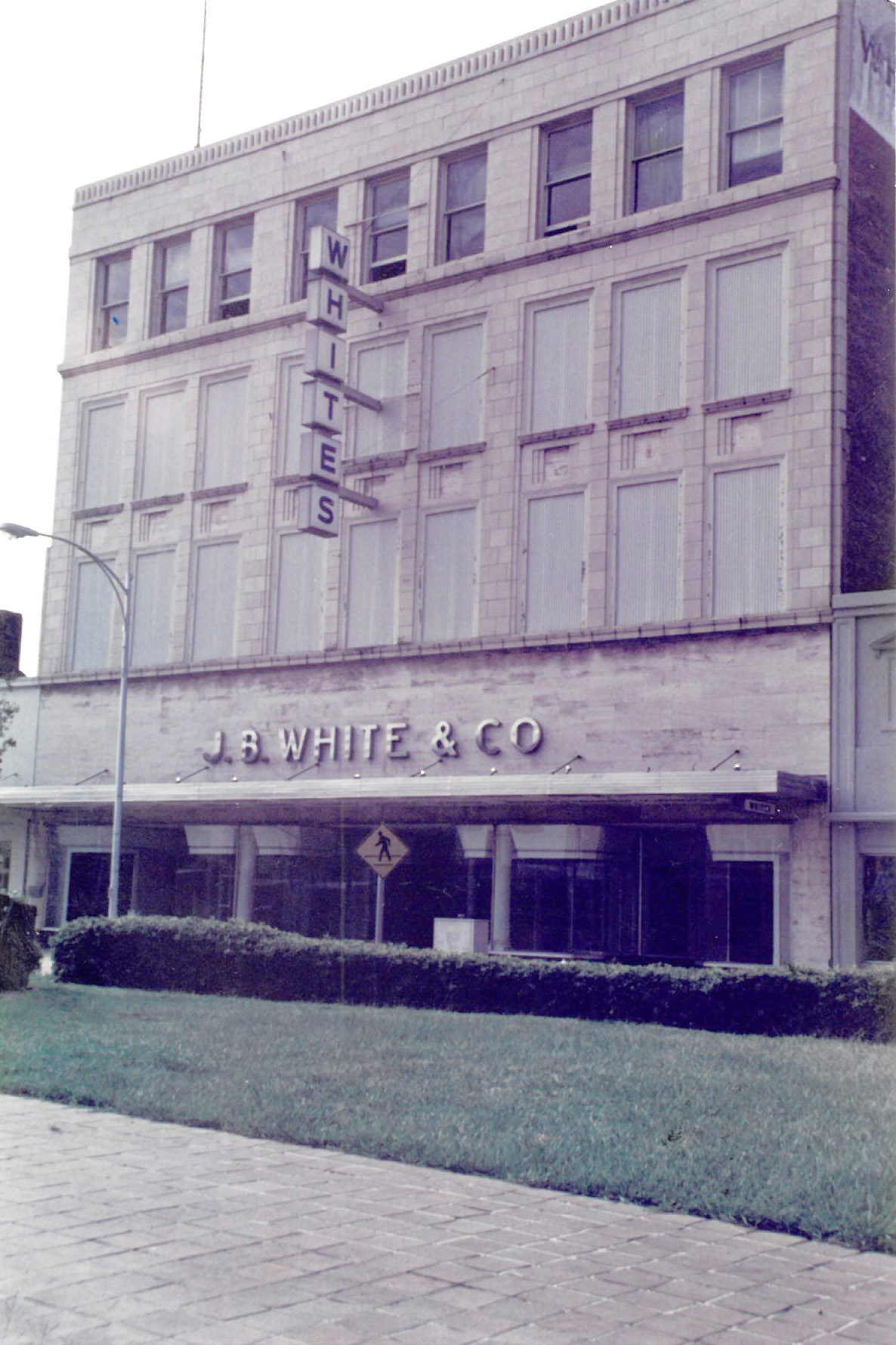 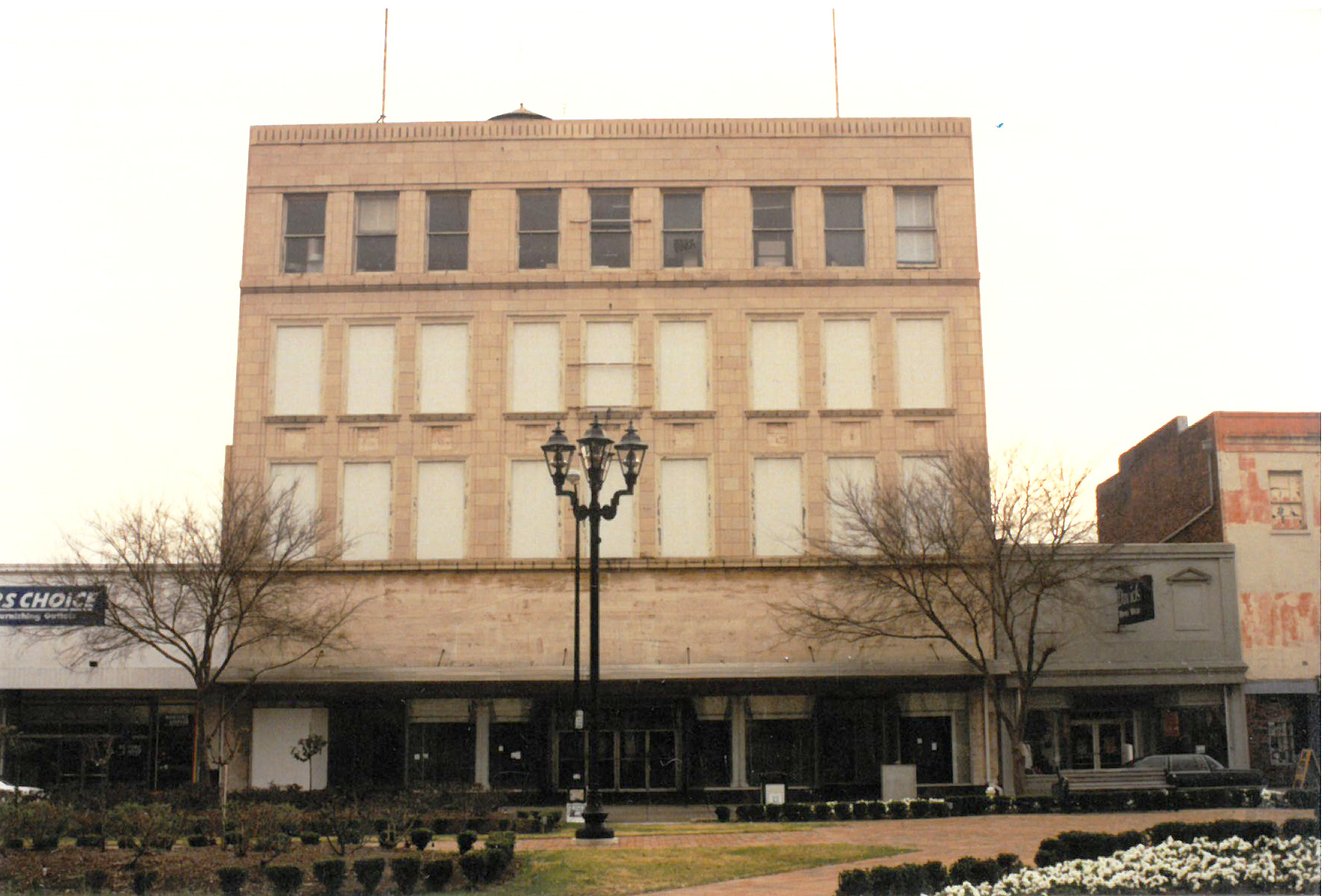 Two years after forming the partnership, both Lucian and Vernon left to work independently, thus leaving White to work as such. This situation was not an issue for White since he was a very successful businessman. In fact, after the great fire of 1899, he quickly pinned ads for "damaged goods" in the local paper, to great avail. Once the damaged goods sold out, White "distressed" his normal goods in soot to sustain the influx of customers. He relocated to 732 Broad Street, just nine months after the fire in 1900. A second fire on November 26, 1921, affected White's location on the East Wing of the Albion Hotel when the Harrison Building caught fire and spread down the Southern end of the 700 Block. The building itself sustained only water damage amounting to $150,000, so White was able to continue the business. The entire eastern wing of the Albion was converted to a White's flagship, and the middle portion of the hotel was donated to the city to form Albion Street. He moved to his new building on 936-946 Broad and reopened on July 18, 1924

The new building was constructed in the Italian Renaissance architectural style of a steel structural frame with a brick, terra cotta, and tile-clad exterior. The Specific dimensions were 75 feet wide facing Broad street and extending back onto Ellis street 271 feet, with approximately 80,000  square feet of occupiable floor space. The general contractor was C.H. Van Ormer of Augusta; the millwork was made by Woodward Lumber Company, the roof and windows were provided by Augusta Roofing and Metal Company, and the W.W. Jones Young Electrical Works installed the wiring. A Chronicle article announcing the grand reopening on the following day described the glass storefront  as comparing in grandeur to "the large stores in the East, such as Wannamaker's in Philadelphia, Lord &  Taylor and several of the other large stores along Fifth Avenue, in New York City." A fourth story was added to the store and the facade was remodeled in 1946 under the supervision of E. J. Gannon.

J.B White's left downtown in 1978 for the promise of greater prosperity at the Regency Mall, and was eventually purchased by Dillards. The building sat vacant until the Augusta Renaissance Partners, a downtown revitalization effort,  purchased the building in 1999. They stabilized its  foundation, replaced the roof, cleaned the facade, and removed asbestos. In 2007, an Atlanta-based investment group, horizon Group Investments, bought the building at 936 Broad St. Following this purchase, the investment group presented a plan to convert the abandoned 80,000  square feet of occupiable floor area into 20,000 sq. ft. of retail space and 60,000 sq. ft. of residential condos. A bid was accepted in 2009 to begin the project.

The J.B. White building currently houses the Book Tavern as well as the New moon Cafe at the Broad Streel level, and condominiums on the 2nd to 4th floors.