Constructed in 1970 and named in honor of University of Kansas alumna Irene Nunemaker, this building is home to the Honors Program. The building features numerous works of art that were created by students along with class projects. For example, the replica Inuit kayak at the building entrance was created as part of Dr. C. Bryan Young's seminar which included the study of Native American culture. The building's first floor includes several works of art created by students along with portraits of Honors Program supporters such as Mary Lavon Crawford Brosseau. 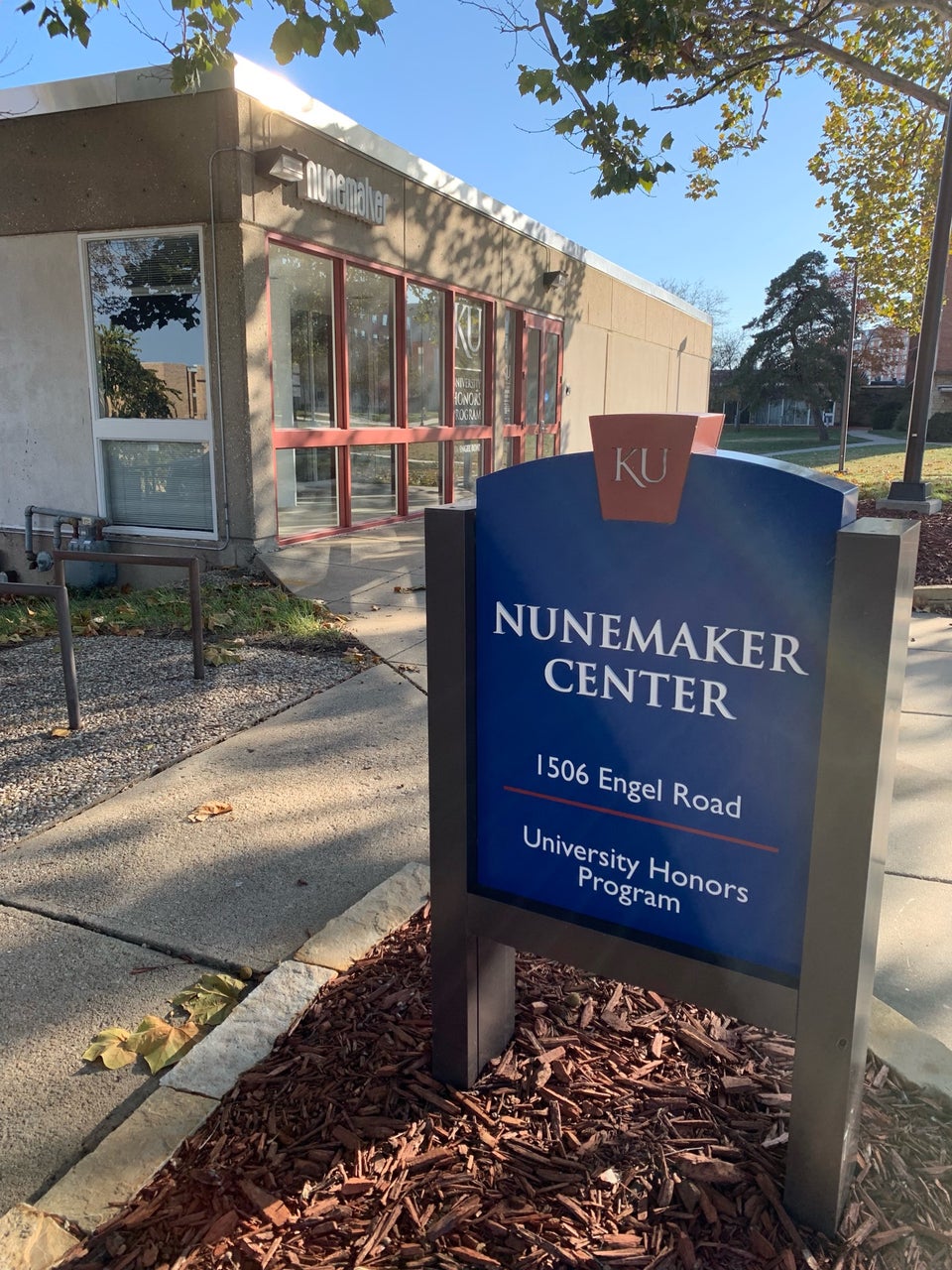 Irene Nunemaker graduated from the University of Kansas with a degree in journalism in 1922. Nunemaker became a leader in the cosmetics industry and served as director of product development for Avon in the 1950s. Nunemaker donated over $2 million for philanthropic causes, including support for the College of Arts and Sciences at the University of Kansas and the Topeka YWCA. She was deeply involved in the design of this building, working with the architects to ensure the building provided multiple spaces with natural light where faculty and students could gather. Nunemaker was inducted into the KU Women's Hall of Fame in 1974 for her achievements in business and her philanthropic work.

The building was designed by the same architects who designed the three terminals of Kansas City International Airport, a design feature that can be seen in the unique square pattern of the building's concrete roof. The roof design may feel familiar to area residents who spent time in those terminals prior to the 2022 opening of the new single airport terminal. The building's design emphasizes light with large glass windows that open up to the residential side of the campus along with open-concept classrooms enclosed by glass.

The kayak at the entrance of the building was created by first-year students in the Honors Program under the direction of then-program director Dr. C. Bryan Young. A professor in the Department of Civil, Environmental and Architectural Engineering, Young led the class in studying the work of Lewis Lindsay Dyche, a professor at KU for whom the Dyche Museum of Natural History was named. The class sought to create a replica of the kayak Dyche acquired in 1895 while also learning about Inuit history and culture. The class culminated with a test of the kayak in the university's swimming pool which demonstrated that the student's work was seaworthy. The kayak is one of several class projects on display throughout Nunemaker Hall.

The first floor includes two classrooms and a common area while the second floor is home to offices and the Mary Lavon Crawford Brosseau Commons. Brosseau was an educator who taught in a variety of public schools and Cloud County Community College for 29 years. Together with her husband, Jack Brosseau, the couple owned a small glass company. Jack Brosseau passed away in 1998 and Lavon Brosseau gave her estate to the University of Kansas when she passed away in 2016 at the age of 88.