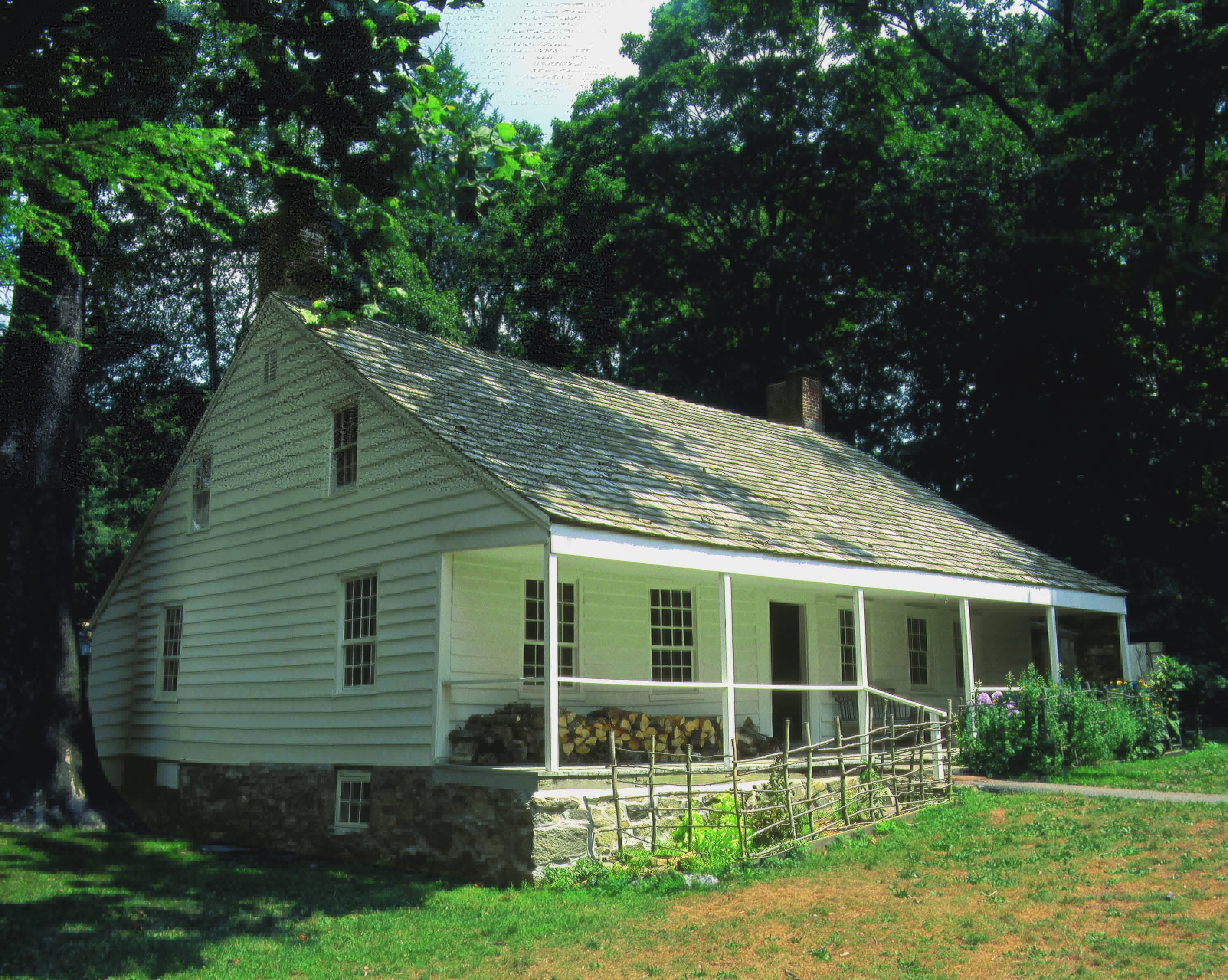 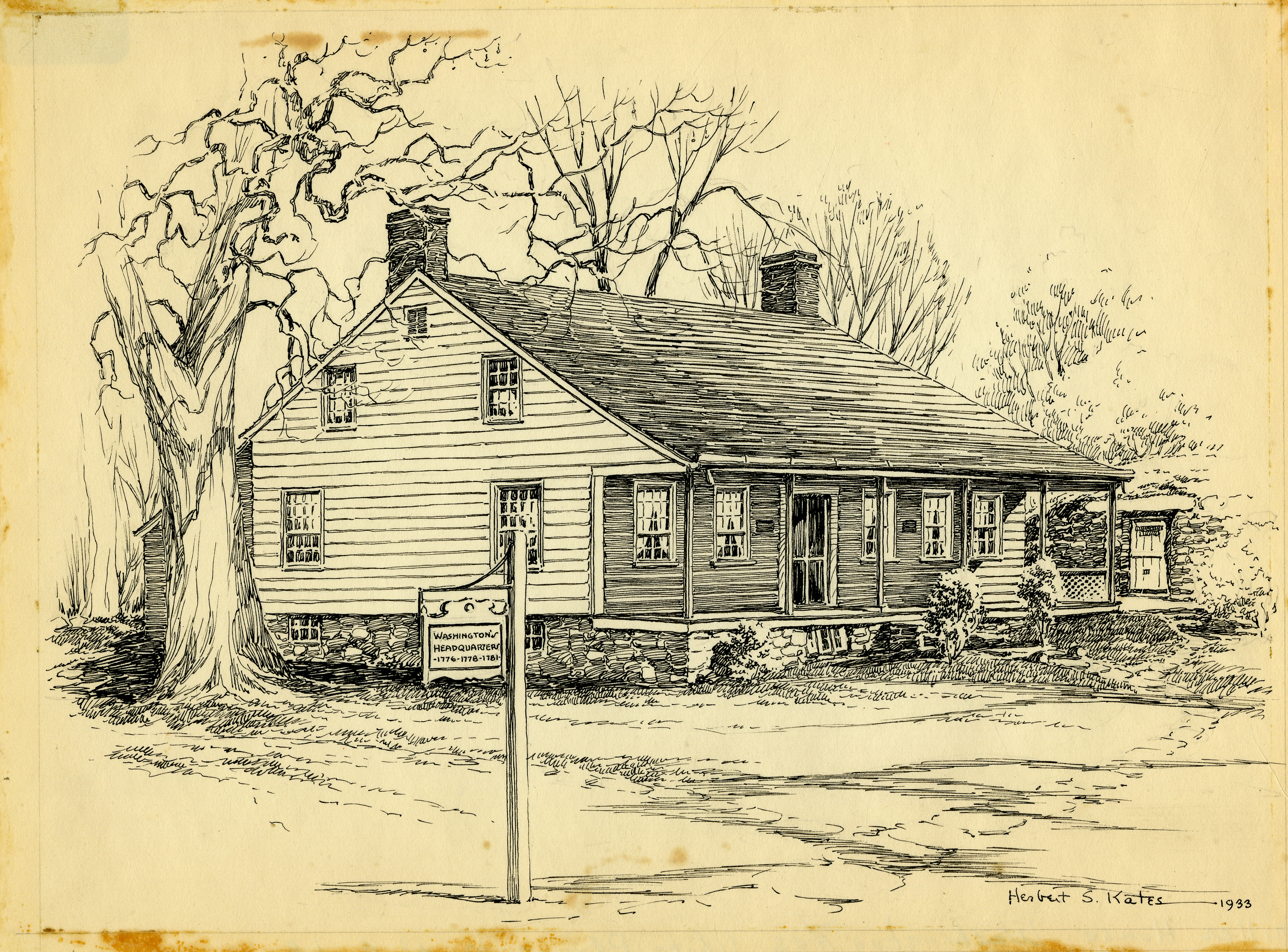 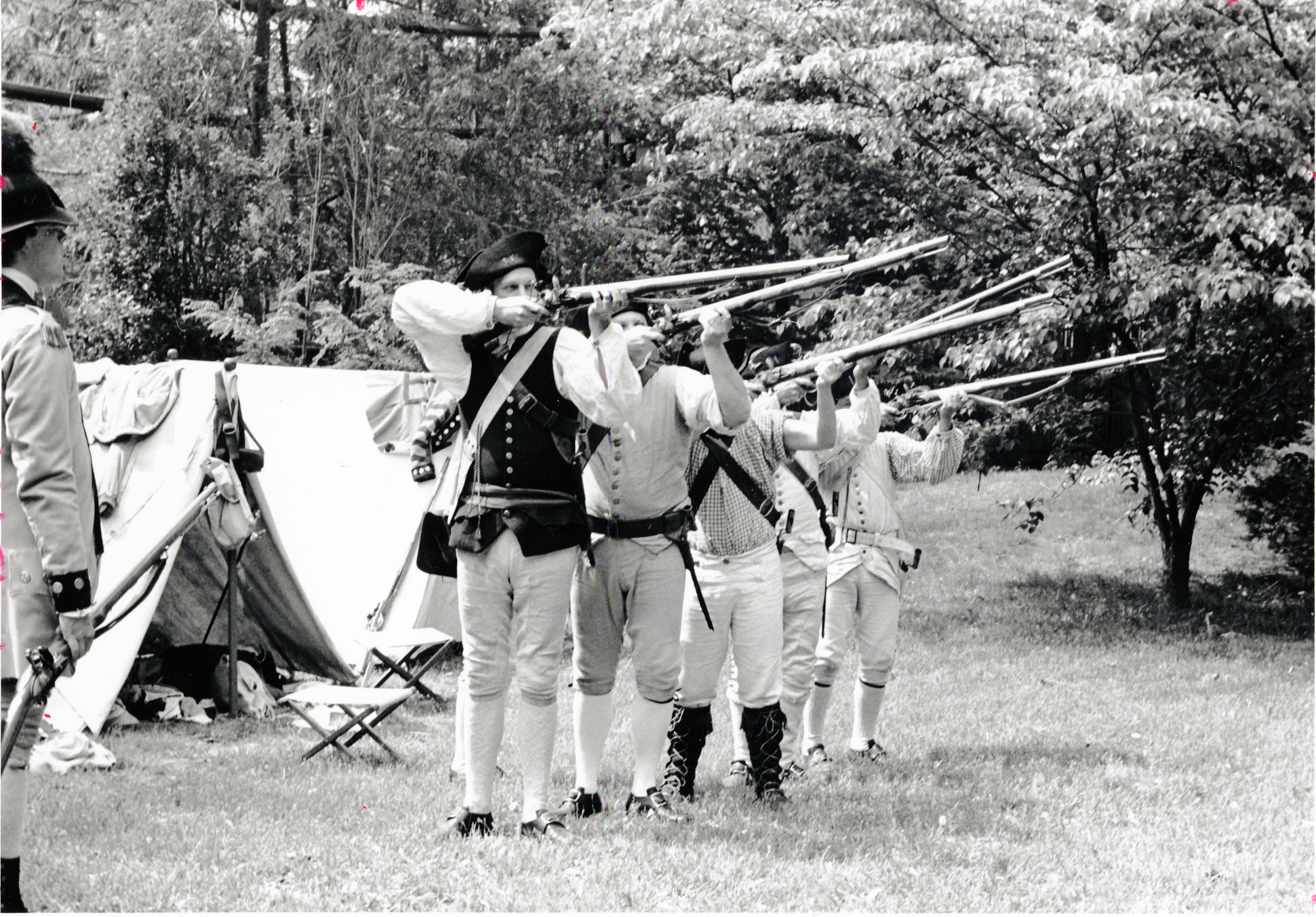 Sentry Reenactor at the door to the Miller House 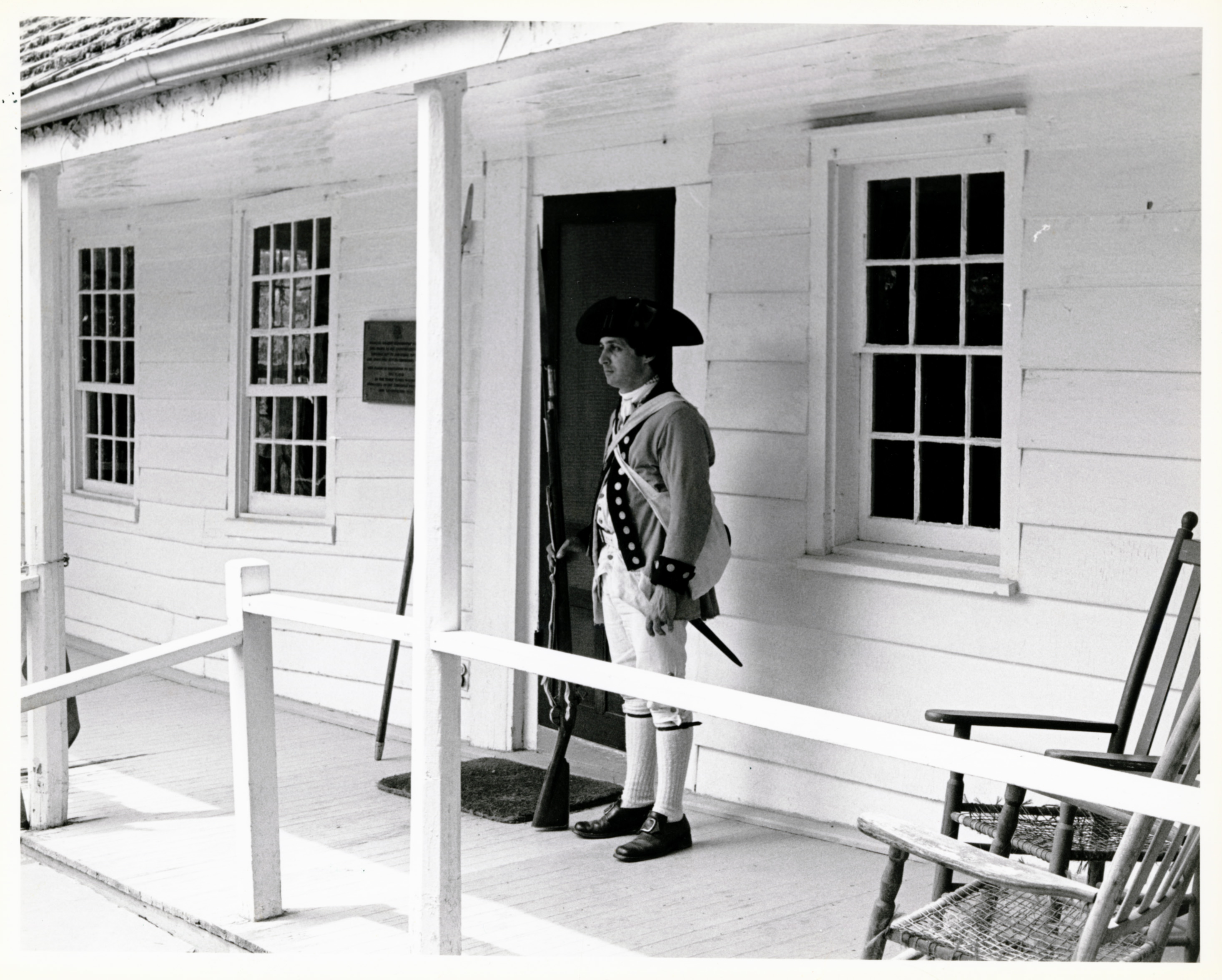 The oldest section of the Miller House was built in 1738, on land acquired by John Miller and the Miller family around the 1680s. The original portion of the house was built in 1738 and then later added on to by Elijah Miller around 1770. In addition to being one of the few remaining 18th century structures in White Plains, the house is an excellent example of the colonial vernacular architecture. While not particularly unique, the house exhibits features that were popular with farmsteads in Westchester at the time. The clapboarded one and a half story home has a porch that extends the full length of the front of the home and two interior chimneys on either side.

As the Revolution broke out, Elijah Miller joined the Westchester Militia as a Lieutenant under Colonel Samuel Drake. He was wounded at Hells Gate on the East River in the days leading up to the Battle of Brooklyn and died of his wounds on August 21, 1776. Ann Fisher Miller, Elijah’s widow, and their five children took over the home and farm prior to the retreat of Washington’s Continental Army from New York City. Between October 21st and 31st they took up positions in White Plains in preparation for an assault by British General William Howe. At some point the Miller home was commandeered and used as a command post for Continental Army leadership, while the Miller’s farmland played host to the soldiers’ camps. General Howe, having failed to cut off Washington’s retreat, assaulted the colonial forces on October 28th. Washington’s defeat at White Plains would force him to retreat further north, crossing the Hudson River at Peekskill and would set the stage for his famous crossing of the Delaware River prior to the Battle of Trenton.

Those October days would be well remembered by locals and by the 1850s the Miller House would become an unofficial shrine to George Washington. In 1917, after decades of intermittent occupation, Westchester County purchased the Miller House and the remaining land. It was opened to the public the following year as a museum operated by the Westchester County Department of Parks, Recreation, and Conservation with assistance from the Daughters of the American Revolution. Due to financial constraints, the museum would fall into disuse and public access became limited. In 2017, the Friends of The Miller House announced that $2 million would be put towards renovating the house for future use.

The Miller House was added to the National Register of Historic Places on September 29, 1976.

Applebome, Peter. “A House With a Role in the Revolutions Is Now Left Unprotected.” The New York Times, July 4, 2010, sec. A.

Picturing Our Past - Gray Williams