The current Fire Station was built in 1965. It was built in the former location of the school horse barn. The current Chief of Fire is John Engle. Deputy Chief is John Brown. Along with fire fighters, there is also an EMS team to support the community of Melba. EMS team has it's own station along 4th street in Melba. 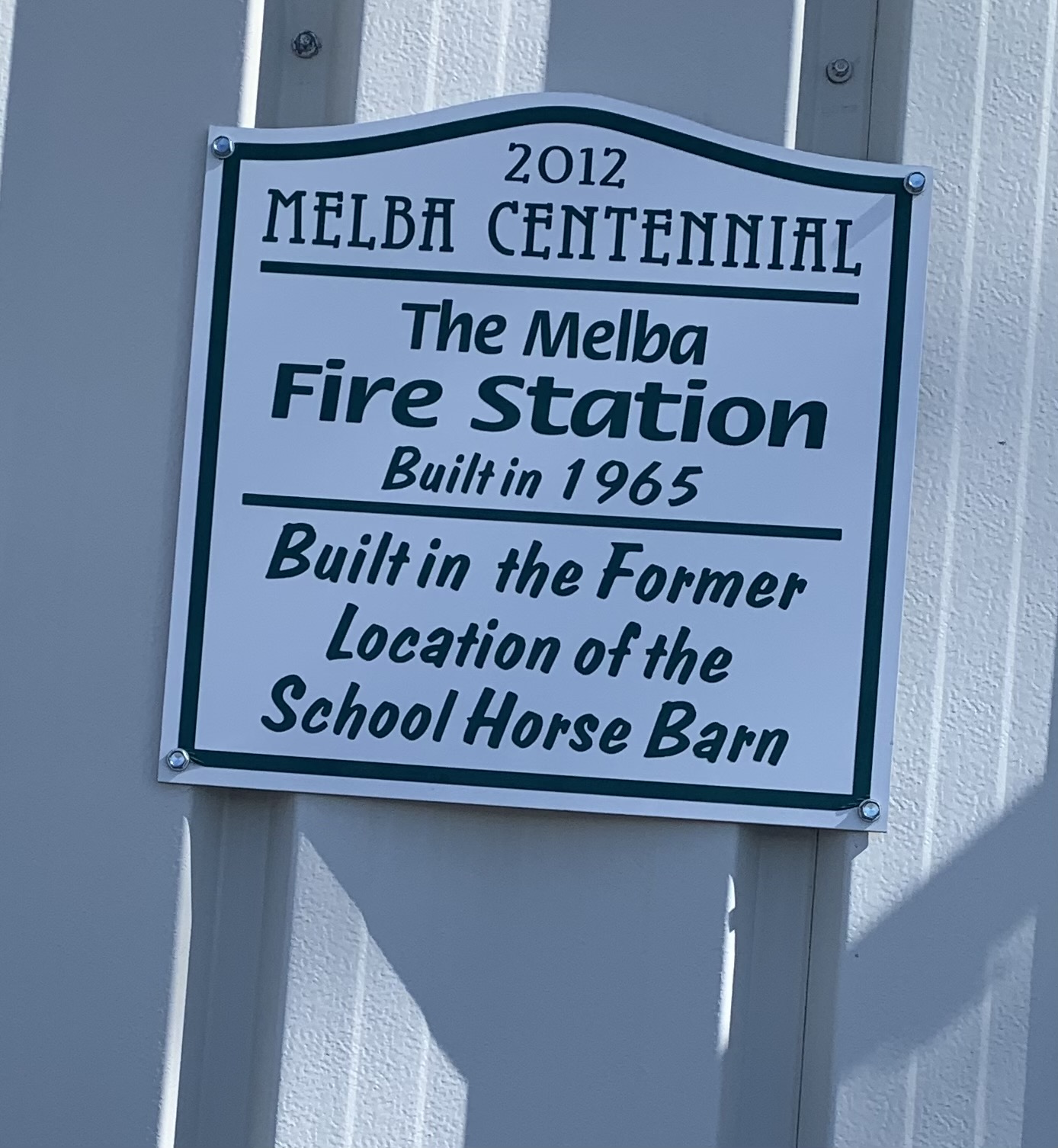 Current view of Fire Station as of March 2022 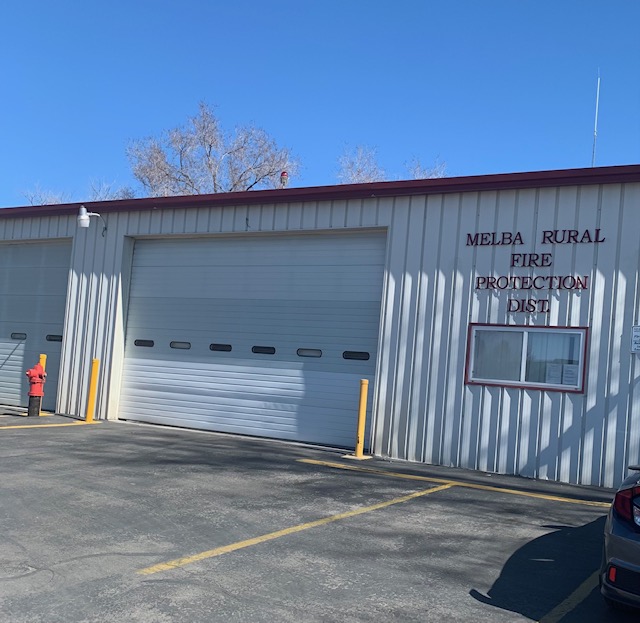 I'll bet the firemen don't know that their building replaced the grade school horse barn. John Stevenson remembered that the barn sat along Randolph in the early 20's and then was moved to Carrie Rex side of the school grounds. He said they who had horses or ponies brought baled hay and stacked it at the end of the barn. When asked how there was baled hay in the early 20's, he replied that Mr. Eischenberger had a hand baler with his feed store.

Lela Watts remembered driving a pony and cart to school every day from their home in the Melmont area. She had ridden a horse for several years, but a bad back kept her from sitting atop the horse, so her dad built a cart to pull behind the horse.

The Pettijohns remembered Miss McKimmey riding her horse from her homestead southeast of Melba, wearing a pair of jodhpurs, to teach first and second grades.