Cook's Two Hole Bar is located in the building that was Melba's 4th post office. In 1957, the post office moved to Fred Barr's building. The third post office was located across the street in a building that is no longer there. Mrs. Bessie Todd was named Postmaster at that time. 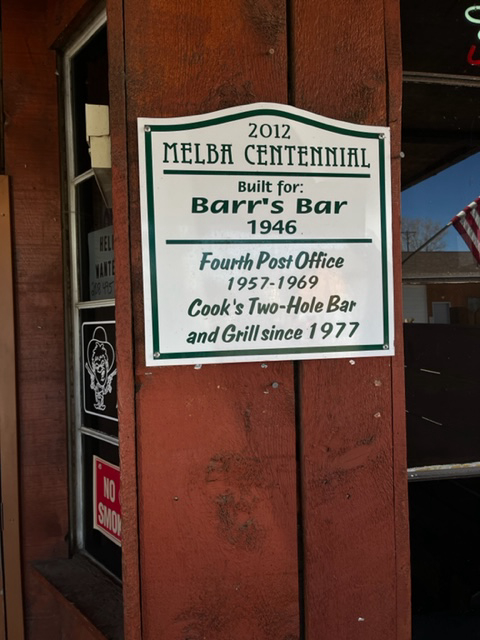 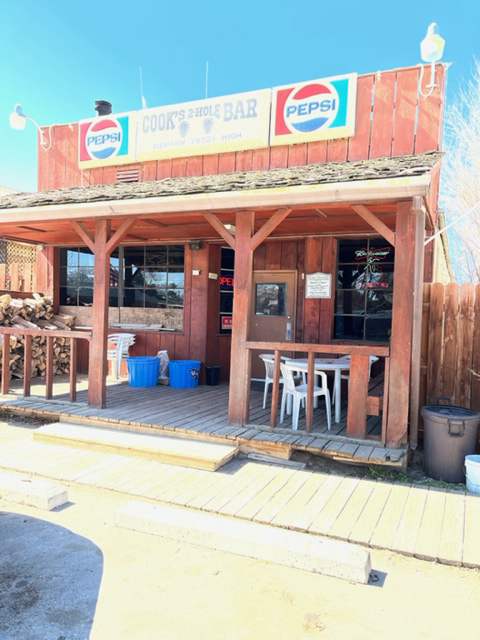 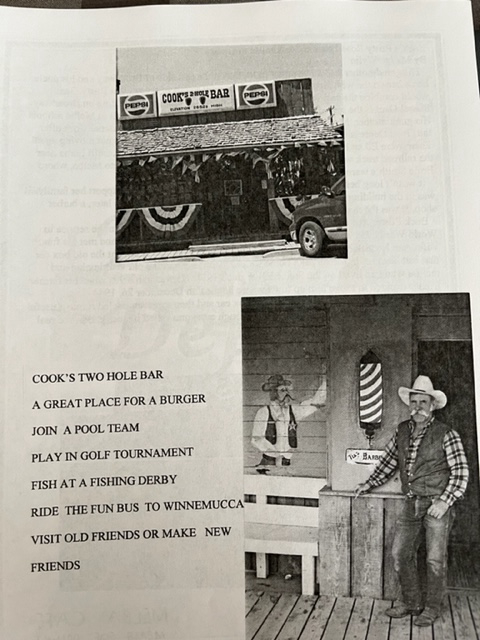 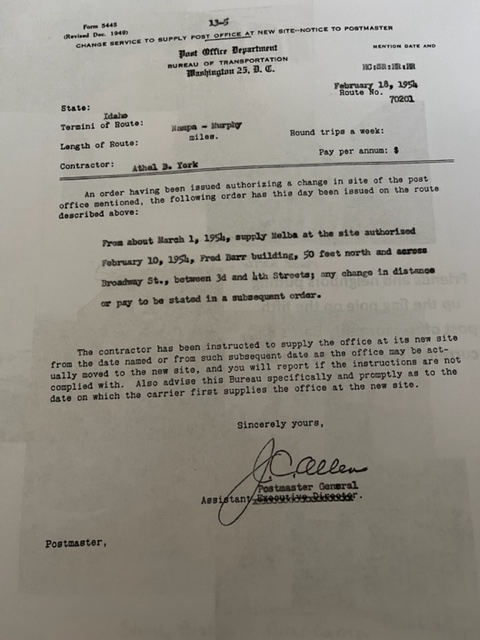 Cook's Two Hole bar has been in place since 1977. Prior to that it was a restaurant owned by several different folks over the years. From mid 1954 until late 1968, it was the 4th post office. This building has been known as the Fred Barr building.

Cook's seems to be a gathering place for many. It is owned by our beloved friend Lee Cook. He is also the brother to our famous Melba historian Madge Cook Wylie. There are many activities that are offered at Cook's. Starting with Pool and Golf Tournaments, Fishing Derby's and the famous fun bus to Winnemucca.