In 1941, Edmond Ed Webb built the drug store on 305 Broadway. Herschel Cummins had had a drug store in Melba previously. In May of 1936, Ed and Glyda, with their two children, Judy and Ted, partitioned off the old store building down town and moved into the back. Fixed shelves in the front and went into business.

Plaque in front of 305 Broadway 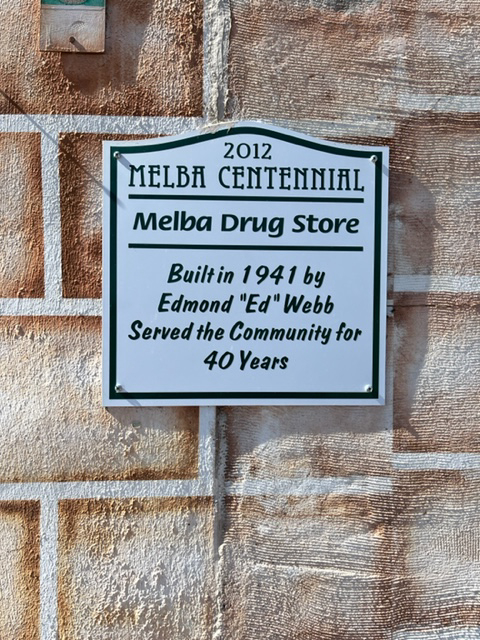 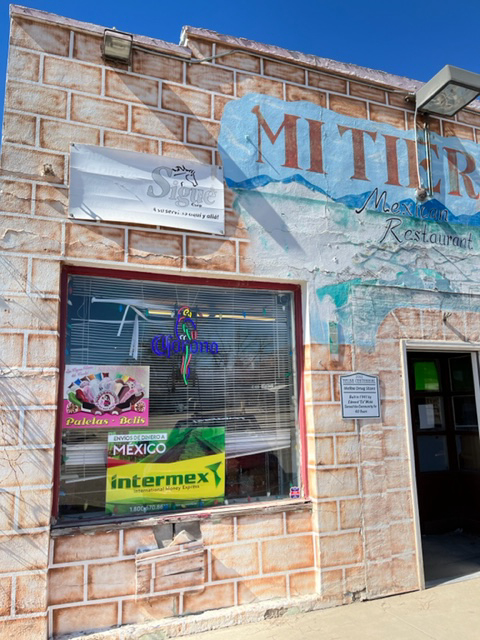 Ed and Glyda Webb's drug store business grew and they needed to expand. They built the new drug store next door and began moving into it on a Sunday. Ed dispensed drugs and Glyda dispensed sandwiches and goodies from the soda fountain. Saturday night everybody came to town and parked on Broadway. The folks went to the grocery store and the kids all went to the drug store. The drug store was the watering hole for all of the teenagers. People remember the juke box vibrating while they danced the jitterbug.

Ed was a man that everyone would go to for advice or assistance of one kind or another. People remember times when he had given them shots or bandaged a cut, or swabbed a sore throat or gave a word of advice, or saved a life through his quick thinking.

Ed Webb was a pillar of the little community for many years. He is remembered fondly by those who knew him.