The original LDS Church was located on the corner of Carrie Rex and 3rd Street. It was a dance hall owned by Mr. Fuller. In 1920, Mr. Fuller wanted to sell the dance hall. It was partitioned off and rooms fixed up so that they could hold Sunday School and Church there. That was the LDS church building until 1953, when present building on Randolph was built. 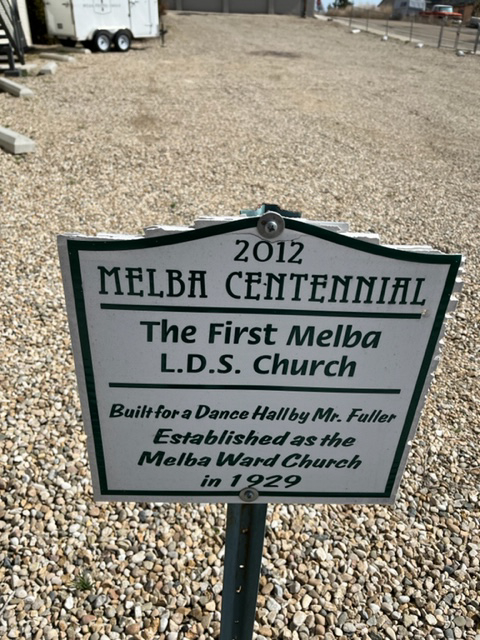 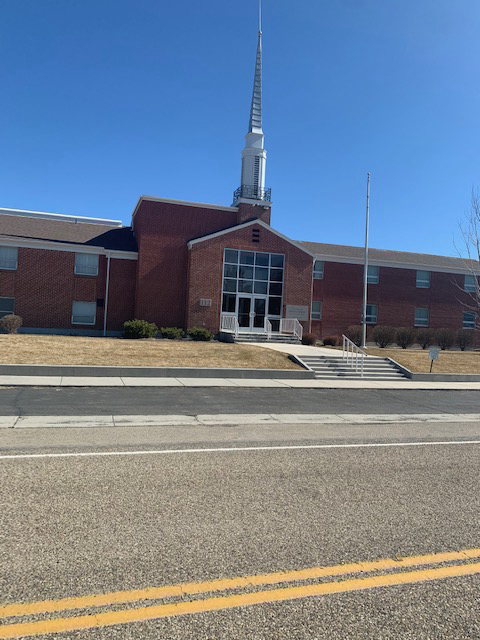 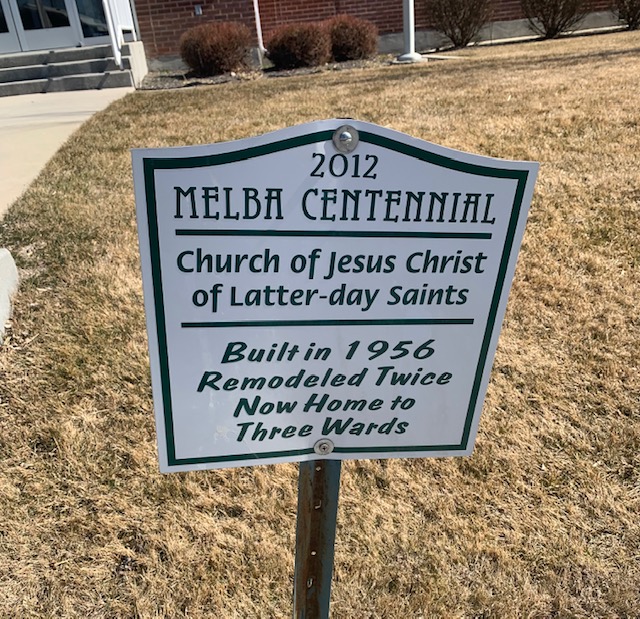 In 1917, there were many LDS families moving into the Melba area. There were many churches such as the Nazarenes, which had their church in the schoolhouse. The LDS followers went to their meetings a couple of times and enjoyed it. There were a lot of nice people in Melba at that time – people from everywhere. They wanted to find somebody of their faith, and one day several folks heard about a Mr. Fowler who held a religious service every Sunday at the Glendale schoolhouse. The church had a class, and they asked and answered questions like most churches do. Mr. Hyrum Bramsted answered some of the questions in the way he believed, and another man named Mr. Eberhard was there and when church was over he came up and introduced himself and said, “What church do you belong to?” and Mr. Bramsted said “Well I belong to the Church of Jesus Christ of Latter-day Saints, more commonly called Mormons.” Mr. Eberhard replied, “I knew it. I knew it by the way you answered their questions.” So they invited the Bransted family down to their home for dinner. There were two other families, Sister Zeyer and Sister Herth. The four families got to talking that day, and wondered if there was some way possible they could hold Sunday School out here in Melba, so Mr. Bramsted went to Boise to get permission from the Stake Presidency and they started holding Sunday school. One Sunday, we had it in one of the homes in Melba, and the next Sunday at one of the homes in Glendale district. It got so the homes weren’t large enough to hold the people, so we used the schoolhouse too. Then that became a little bit crowded. Shortly after that is when Mr. Bramsted heard about Mr. Fuller wanting to sell the dance hall. The dance hall was purchased and became the 1st LDS church of Melba.