This is the fifth Post Office building in Melba since 1912. This post office was built in 1969 with Clark Wylie as it's first postmaster that year. It had several locations throughout the years. This post office is a great addition to the community as many small post offices have closed. Postmasters from 1924 thru 1995 were Mr. Pettijohn, Mrs. Todd, Clark Wylie, Charlotte Nelson and Rosie Peck. 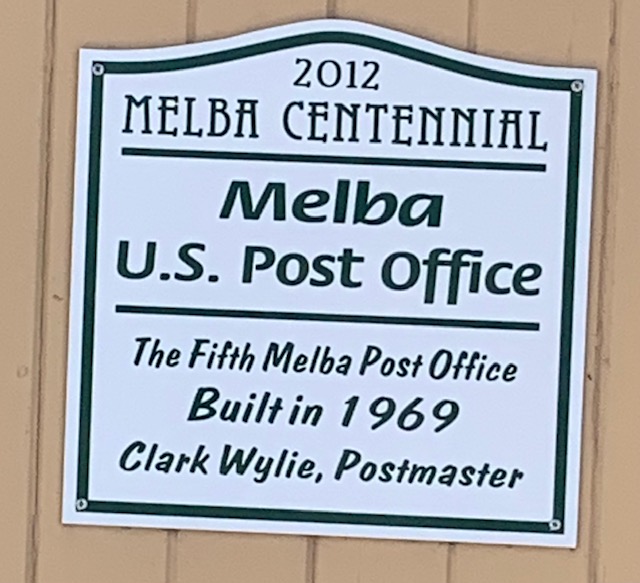 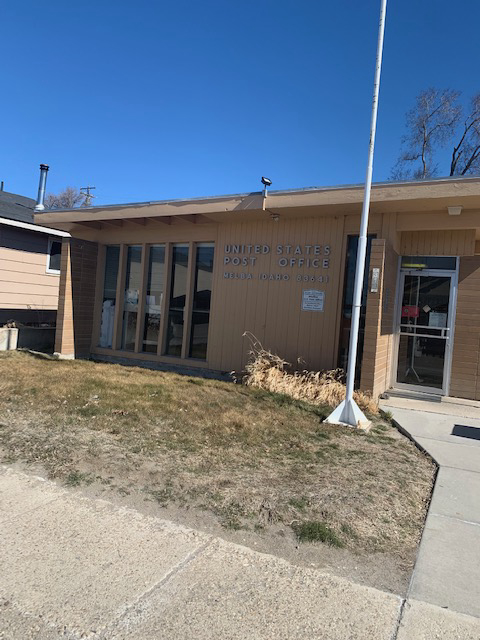 There were several Post Offices in Melba since the early 20's. Mr. Pettijohn became postmaster in about 1924. He built his own little building. The building was divided into two parts where Mr. Pettijohn resided in one side and the Post Office was on the other side. Another building was built next to it, that was a restaurant. Eventually they put the two buildings together. It was a barber shop for a while as well as a restaurant.

Mr. Pettijohn was postmaster for 12 years. Then in 1932 the Democrats took charge, and they appointed a postmaster instead of applying for the job, it became civil service. Mrs. Todd became the postmaster. She served as postmaster for 20 years. Other Postmasters were Clark Wylie, Charlotte Nelson and Rosie Peck.