On April 16, 1953, President Dwight D. Eisenhower delivered a speech to the American Society of Newspaper Editors in Washington, D.C. concerning U.S.-Soviet relations. At the time, Eisenhower was a mere 3 months into his presidency and the Korean War was winding to a close. Soviet dictator Joseph Stalin had recently died, which provided an opportunity to take advantage of new leadership in the Soviet Union in an effort to reduce tension between the two countries. The address is also known as the "Chance for Peace" speech. 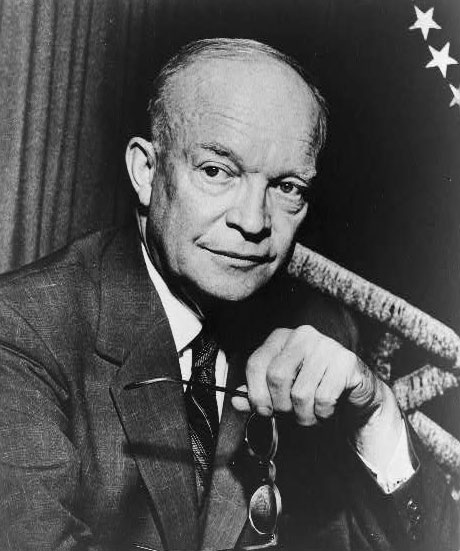 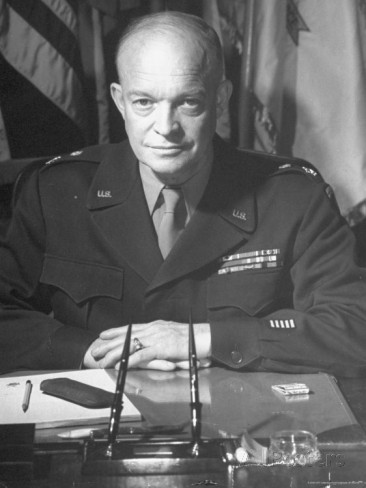 Though it was given in front of the American Society of Newspaper Editors, the speech was broadcast nationwide using television and radio. Because of the Korean War the United States defense spending accounted for nearly 14% of the gross domestic product. In this speech, Eisenhower stated that "humanity [is] hanging from a cross of iron" if we prioritize building weapons over taking care of people.

He noted that in addition to military dangers, an arms race would place a domestic burden on both countries. Eisenhower talked of future peace and goals to unify Germany, removing occupying forces in Austria and minimizing what both sides would lose when spending so much of their wealth on armaments. He spoke of the consequences of putting so much effort into building weapons when that same effort could be put to better use feeding people. As a former general, he was supportive of a strong national defense, but he also hoped to reduce military spending so there could be an increase in funding for domestic programs.

Despite the optimistic ideas presented in his speech, the Cold War escalated during Eisenhower's time in office. The Soviet Union had developed their atomic programs and appeared to reach military parity with the United States. This led political forces in Washington to call for increased defense spending and a more aggressive approach. Unfortunately, this would result in the prolonging and intensification of the Cold War for decades to come.